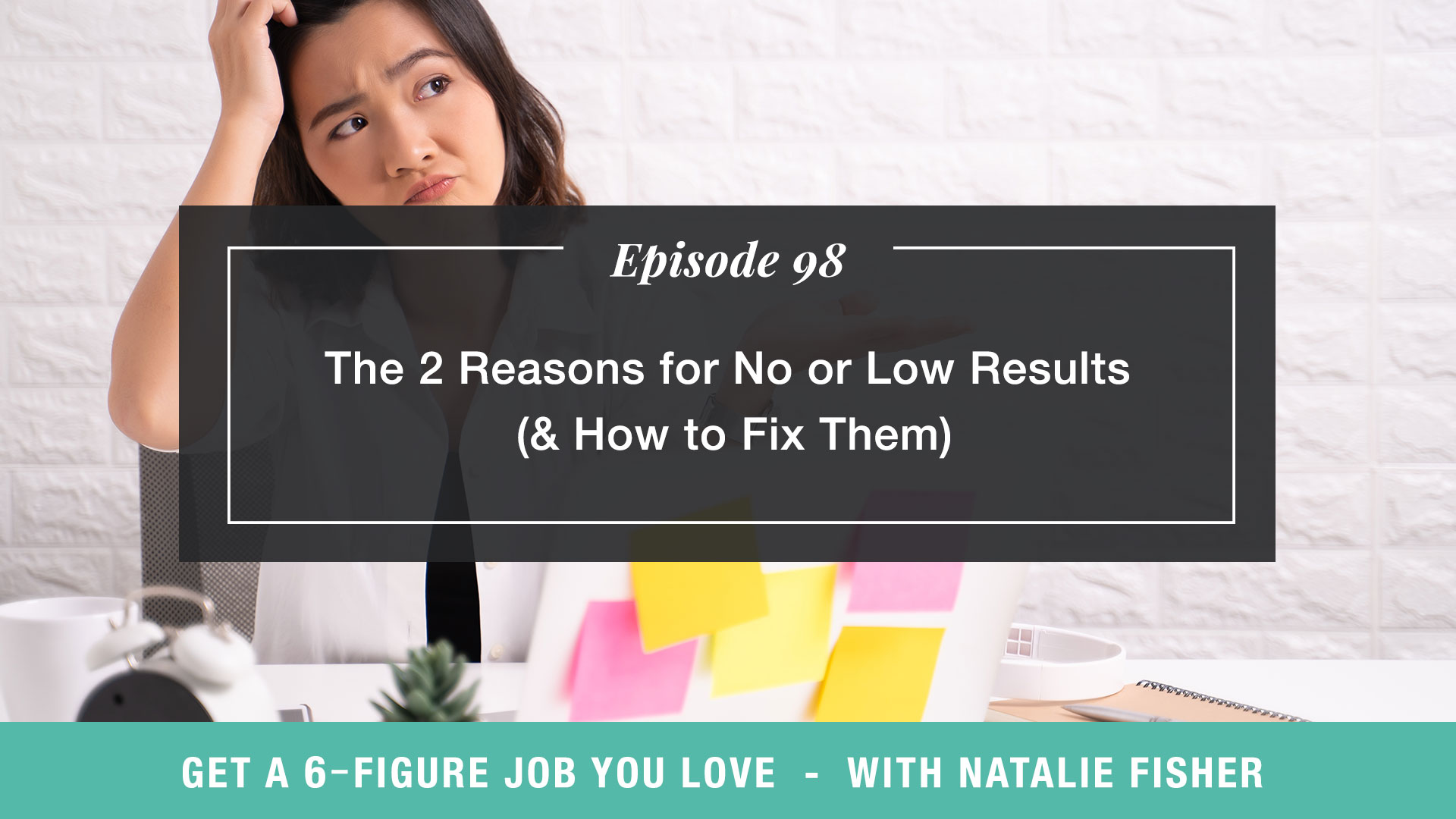 Do you know why you’re not getting the offer you want? Well, there are two common reasons I see for people not making the progress or getting the results they desire, and I’m sure you’ll identify with at least one of them.

For some people, when I speak to them in my coaching program, it becomes clear that they’re not taking enough action. However, if you’re taking a ton of action, you’ve been on numerous interviews and you’re always putting yourself out there but you’re still not getting the results you want, don’t worry because I’ve got you covered in this episode.

Tune in this week to discover why you’re not getting the results you want. I’m sharing how to prevent your mindset from holding you back when it comes to taking action in pursuit of your premium role, and how to make sure your actions are creating the results you desire for your career.