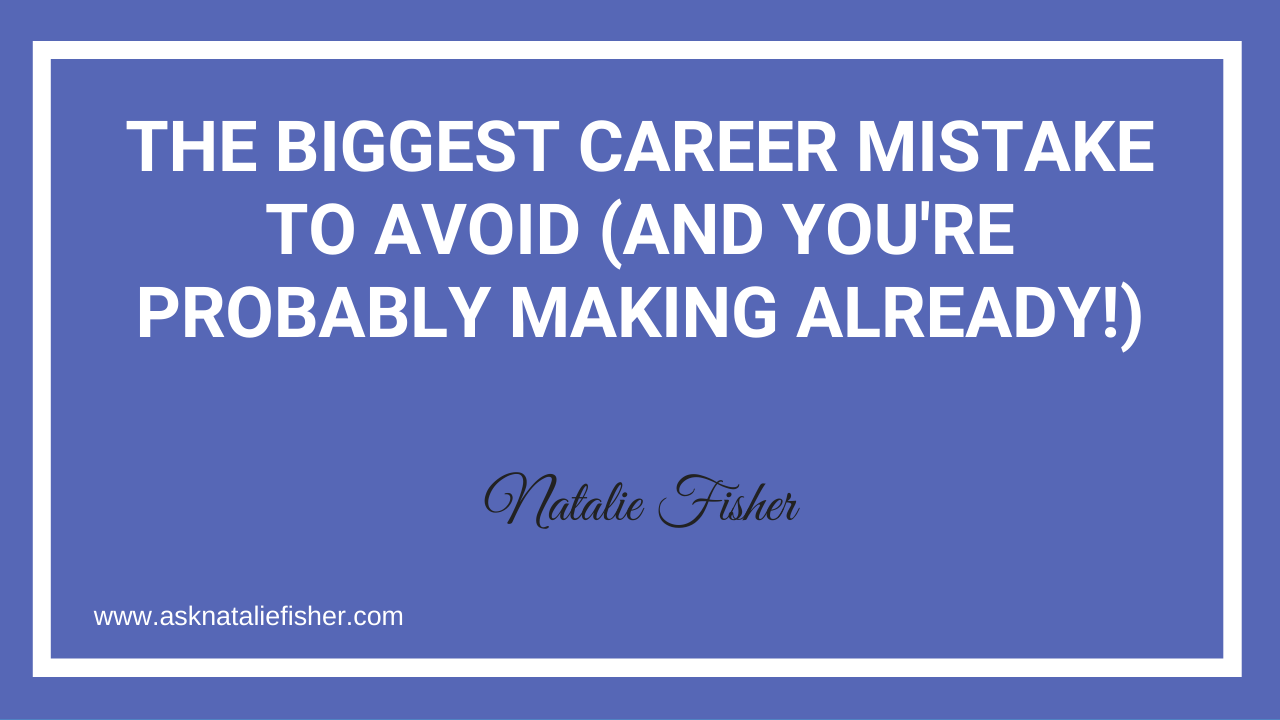 In this post, I’m going to tell you the one thing that will always hold you back in your life and in your career.

If you master it, it’s going to make you totally unstoppable and allow you to achieve any career goal you desire.

When people come to me, the biggest thing that is actually stopping them is that they are not aware of their own value and they’re not articulating it properly because they don’t know it.

Maybe it is something that happened in the past, maybe they failed an interview or a recruiter told them something that wasn’t very helpful or was demotivating, somebody said some demotivating words to you once or you had an experience.

And, all of a sudden, you totally forget all the good things that you’ve done and all the value that you’ve been able to bring.

All of this compounded over time means that you don’t have a clear idea of what your own value is and what you actually bring. 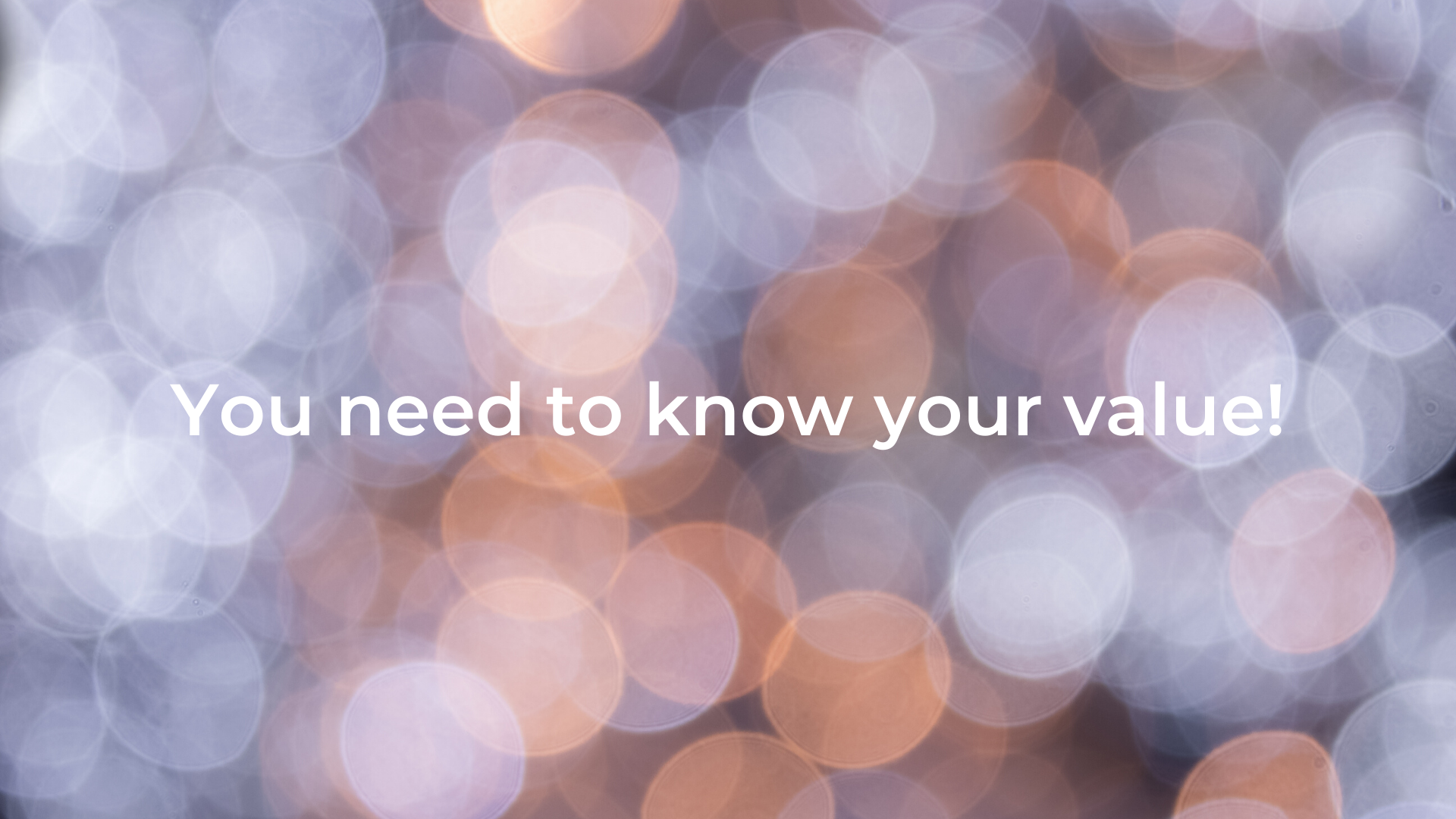 We don’t often consciously practice thinking about our own value, let alone articulating it.

All of a sudden, it’s time to go for a job interview, look for a job, get a promotion or go for an interview and you’re scrambling to figure this out, but this is something that you should be thinking about on a consistent basis.

When you are doing things at work, when you are doing projects and accomplishing tasks and stuff, you want to be able to take notes, even mental notes, of the value that you’re bringing. Okay?

Because there are always two powerful questions that you can ask is what impact did I have on the organization by the steps that I took here when somebody else would have done it differently?

The second question is, what would have happened if I was not there to do this work? Right? 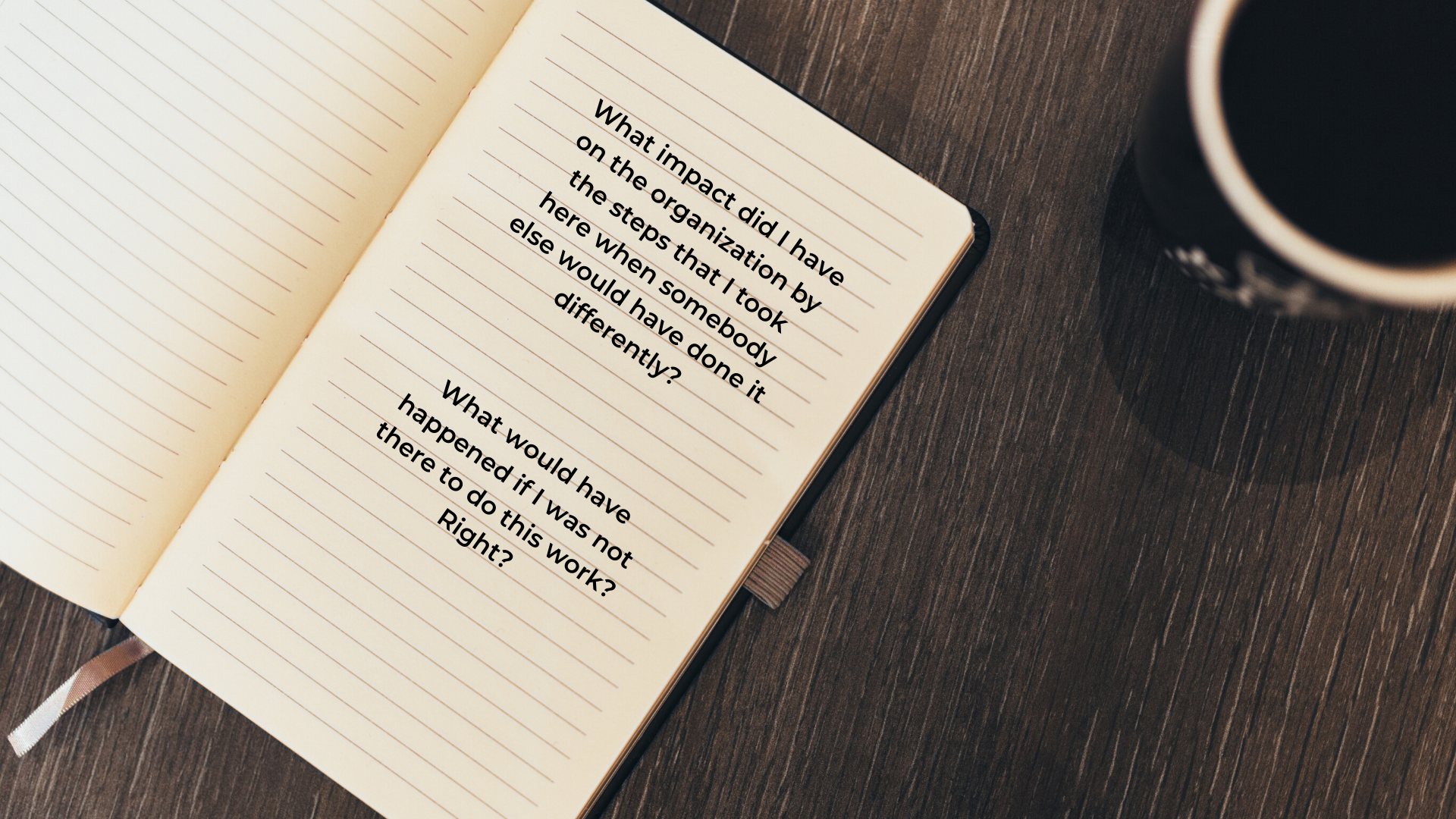 That is where you start to be able to articulate your value really powerfully.

A lot of people think that they’re not doing anything special or anything different.

I had a client recently who was having trouble articulating her stories in interviews, and she told me that she really believed that she wasn’t contributing anything special.

The thing here is that you are always going to think that because you are so close to it.

You don’t see it as anything special, but it’s because it’s just come very naturally to you.

That’s just what you do. 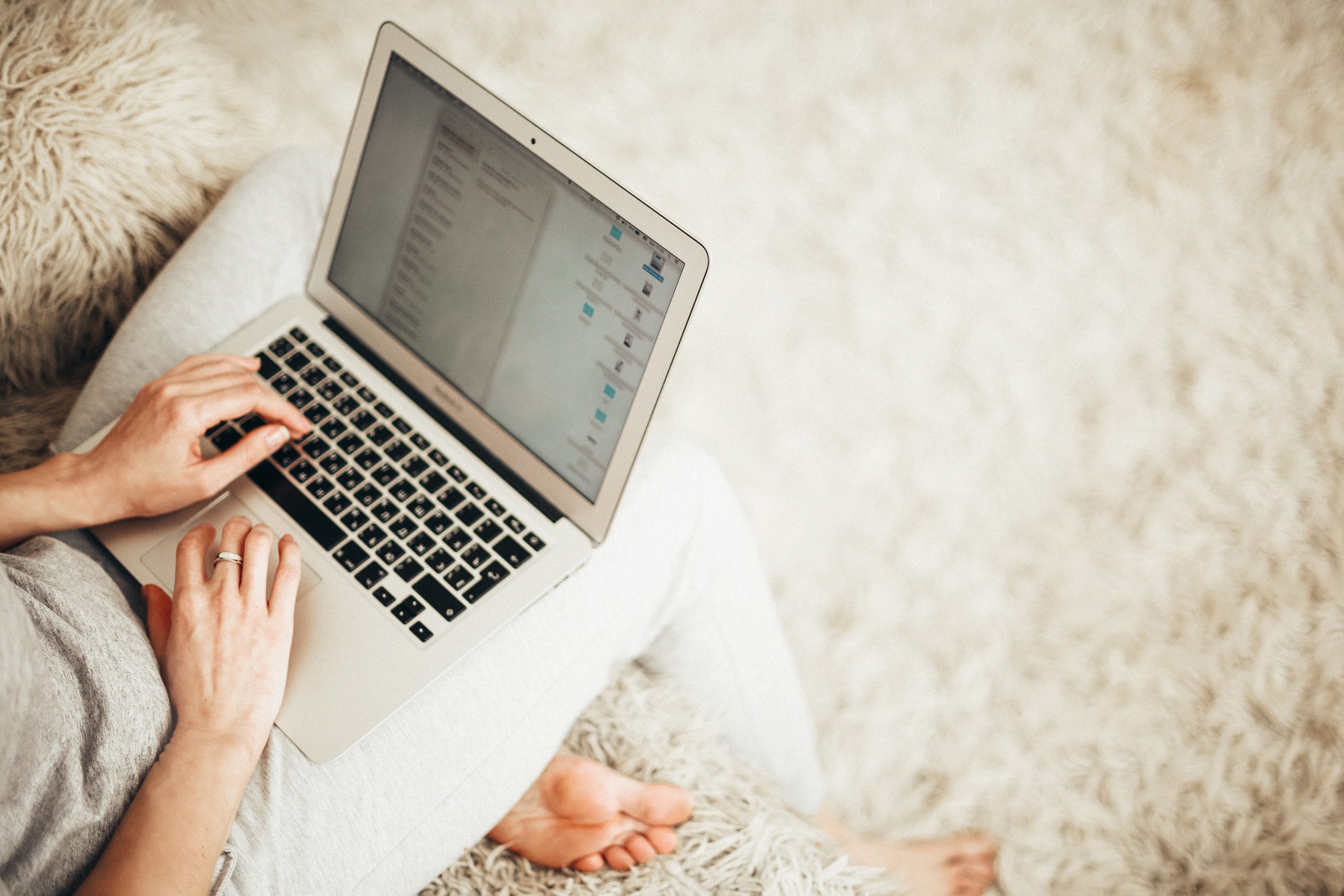 With this client, she was like, “Yeah, I pushed through this audit in record time. I did it by sitting down with everybody and explaining things really clearly. Then, they were able to sign off on the paperwork and everything was able to move forward.”

She’s like, “But it was fine. That’s what anybody would have done, right?” Wrong.

She approached it in one way.

She took the initiative of having meetings with everybody and explaining everything when somebody else might not have done that.

They might’ve done something that worked, but they would have done it differently than her.

The problem is that she was like, “Oh well, everybody just would’ve done the same thing.” 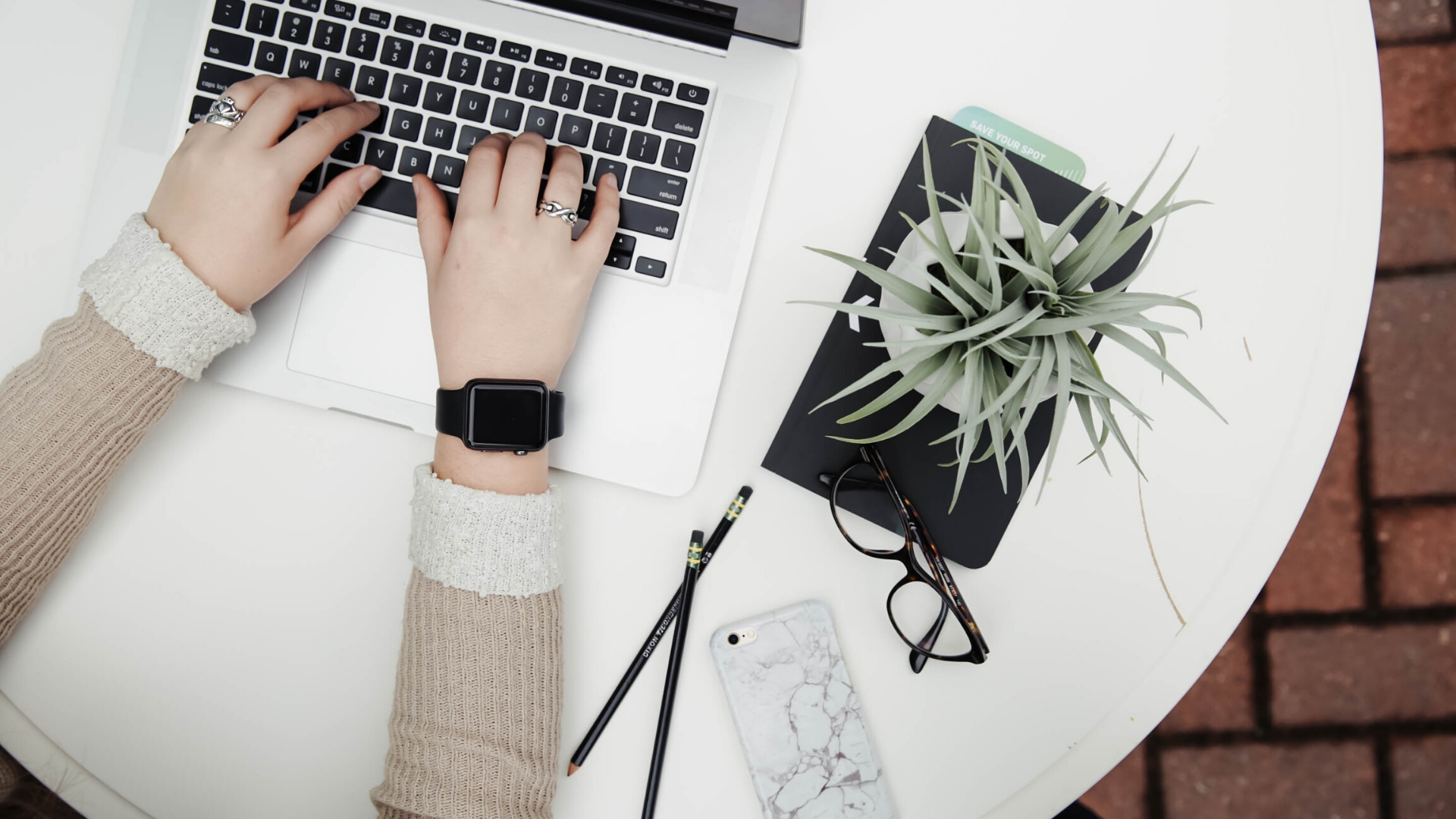 That’s what we all think. We all think that everybody’s just… I’m just doing my job.

Then, she told me they were able to meet the requirement in record time OR get it done on time, otherwise, it might not have gone through.

Secondly, she was able to get everybody on board, so that the signatures could happen and everything could happen.

I want to encourage you to go out there and go after a transformation as a career professional as fast as you can.

What exactly is the value that you bring and why is it different? 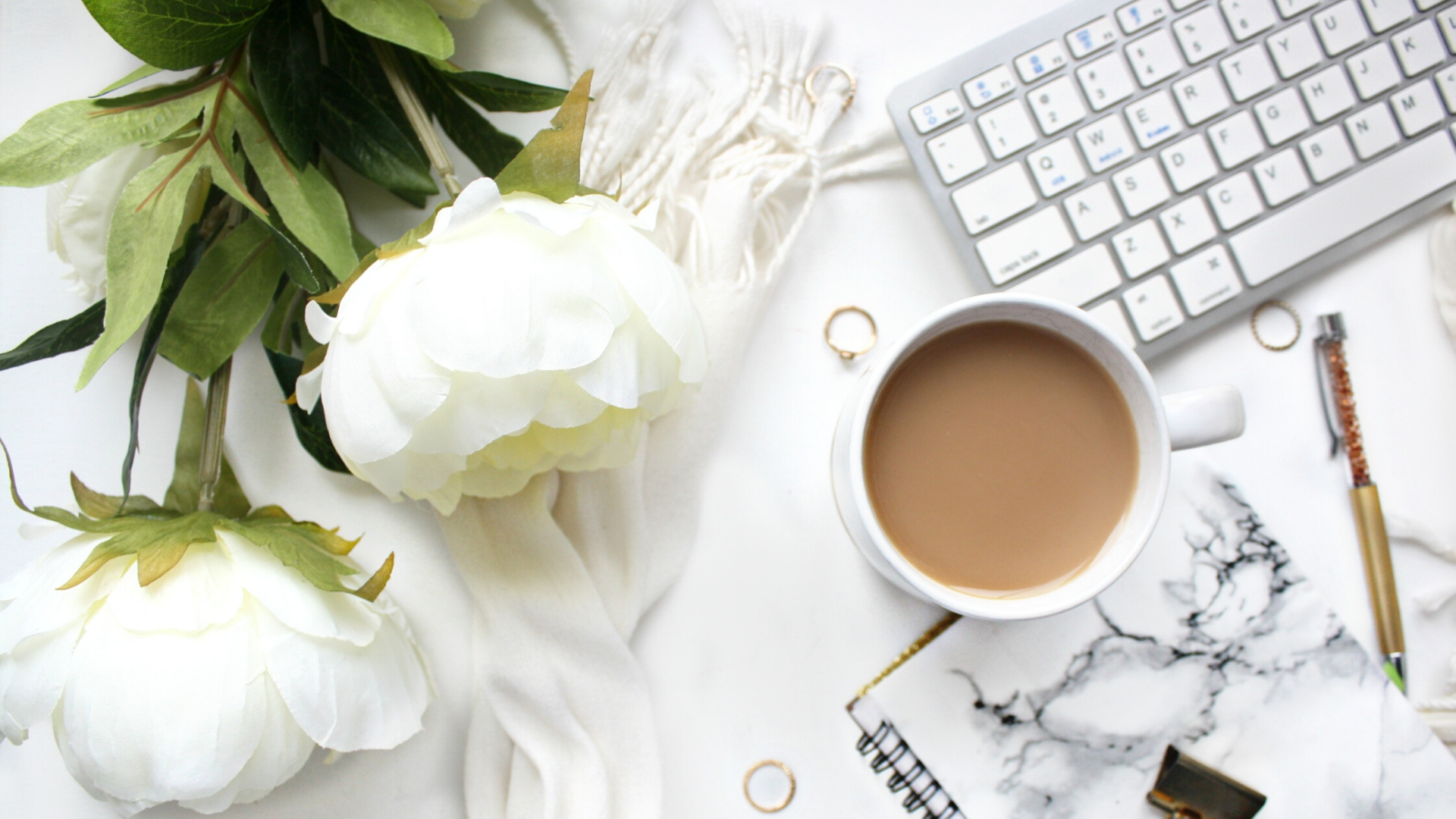 If you want more help from me…

I have lots more to share with you, to help you in your career, now starting with a free workshop.