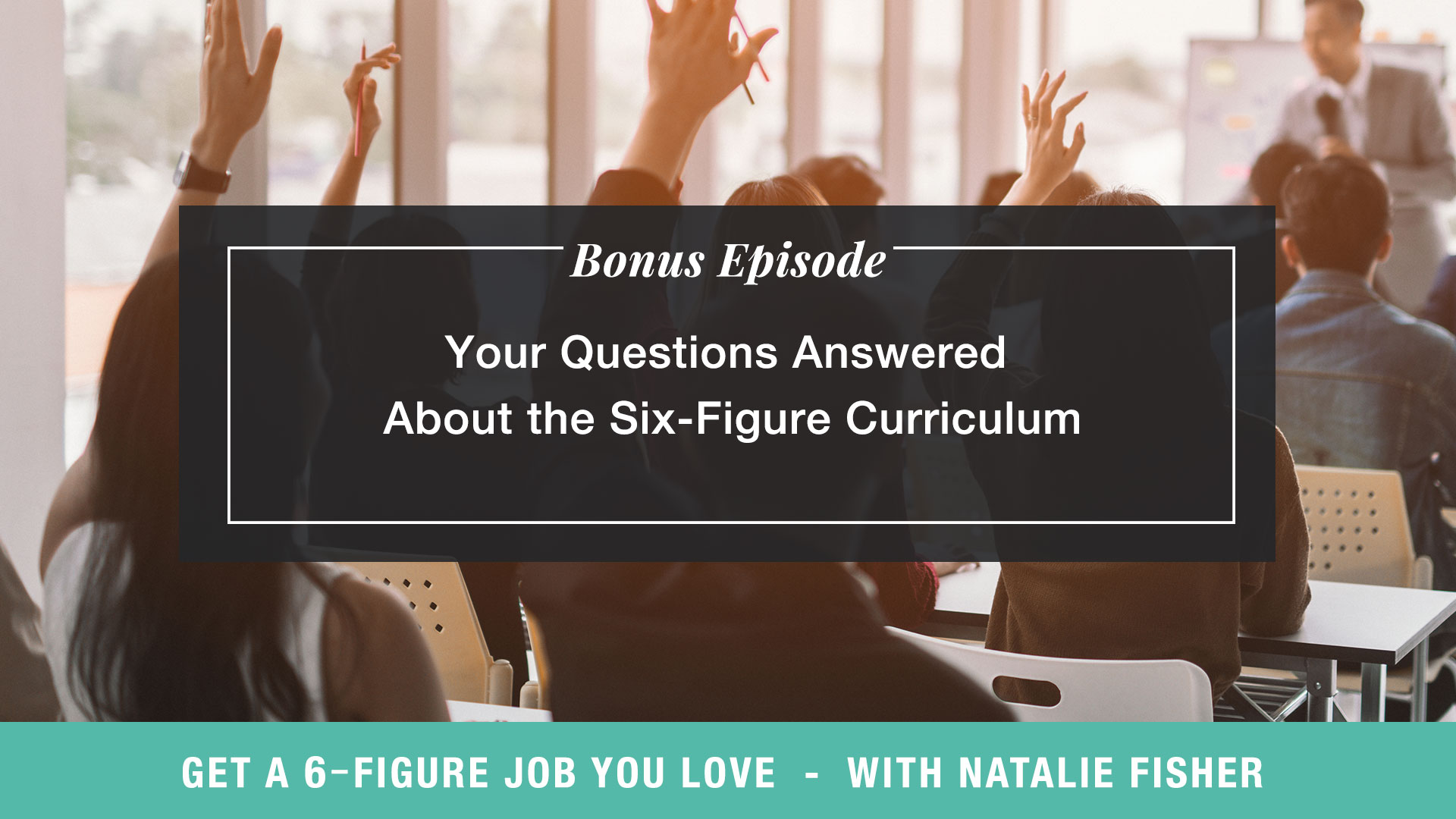 Are you looking to change jobs? Do you want a new challenge, to increase responsibility, or make more money? The Six-Figure Curriculum is designed for you, so this week, I’m telling you more about it and the results it could get you.

There are a lot of programs online, and it can be overwhelming knowing which one to choose. But to make the right decision for you, you need to know exactly what the program entails and more importantly, what you’re going to get out of it. Inside the Six-Figure Curriculum, we have amazing, constant results coming out each week, so if you’re wondering whether this is the right next step, you need to tune in to this episode.

Join me for this bonus episode where I’m addressing some common questions about the Six-Figure Curriculum and showing you who the program is designed for, how much it costs, and some of the reasons people sign up. This program is guaranteed to get you into your first six-figure role or a higher-paying six-figure role, so tune in and find out how my program can help you.