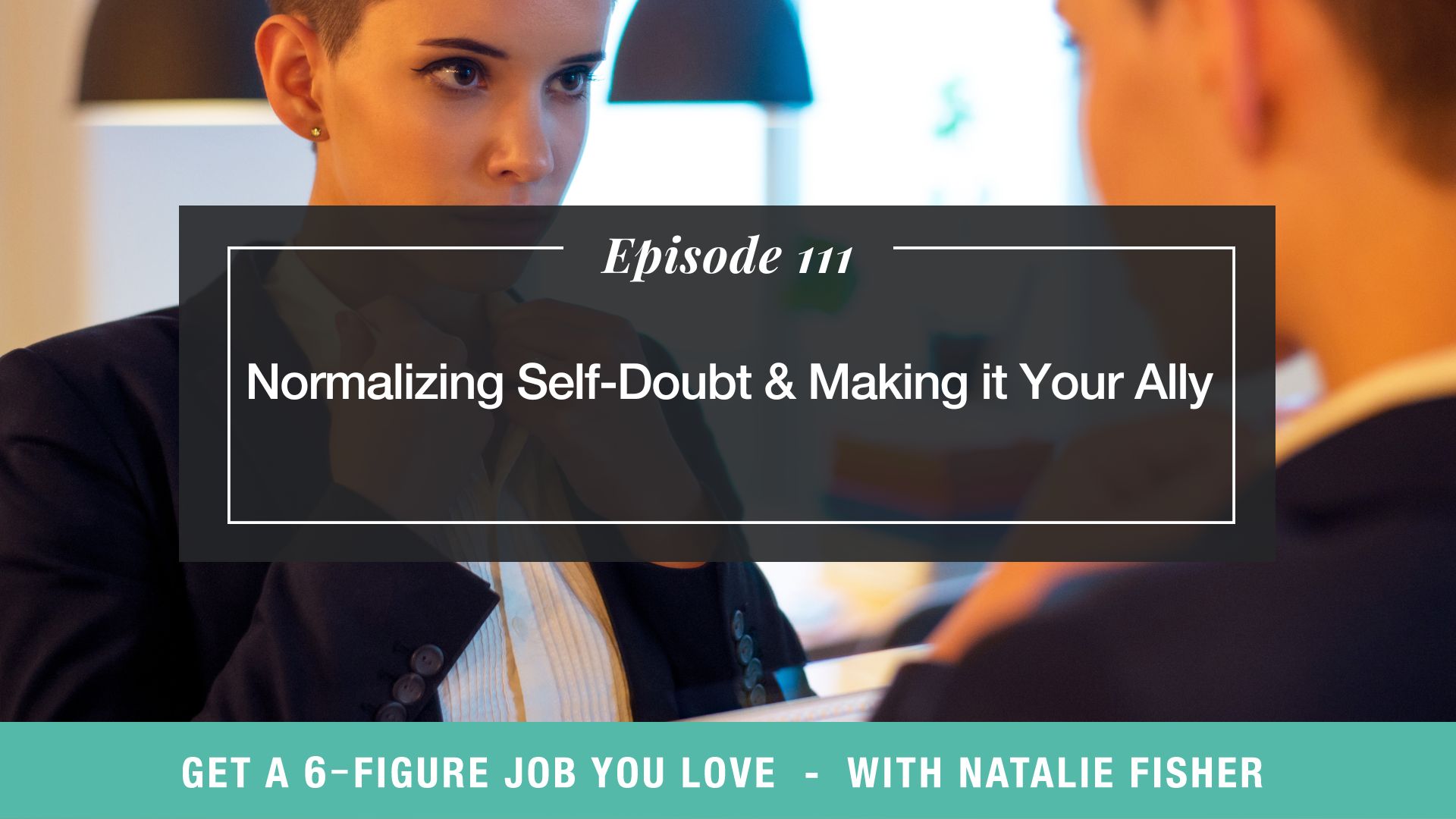 I was talking with two of my clients recently while recording an upcoming episode of the podcast, and self-doubt was something that came up a few times. I know a lot of you out there are struggling with self-doubt as well, so today, I’m presenting this topic of self-doubt and helping you see it through a new lens.

When it comes to self-doubt, one of the biggest problems is that we choose to listen to it. We think self-doubt is a problem, so we either quit whatever we’re doing to make the self-doubt stop, or we try to ignore it and shut it down, usually unsuccessfully. But what if we just normalized self-doubt and made it an ally?

Tune in this week to discover why self-doubt isn’t a problem, and how you can move forward despite it. I’m sharing how to know when it’s the right time to take the self-doubting voice in your head and turn it into a strategy, but I’m also showing you how your self-doubt might just be trying to give you a new level of insight which shouldn’t be ignored.

We have a four-day training coming, starting Monday, September 5th,, 2022. I’m teaching you the strategy, mindset, and behavior required to create demand for you as a candidate, whether you’re looking for a new job, switching industries, looking for a raise, or any other change you’re making in your career. Plus there will be an opportunity to be coached by me! Click here to join me.