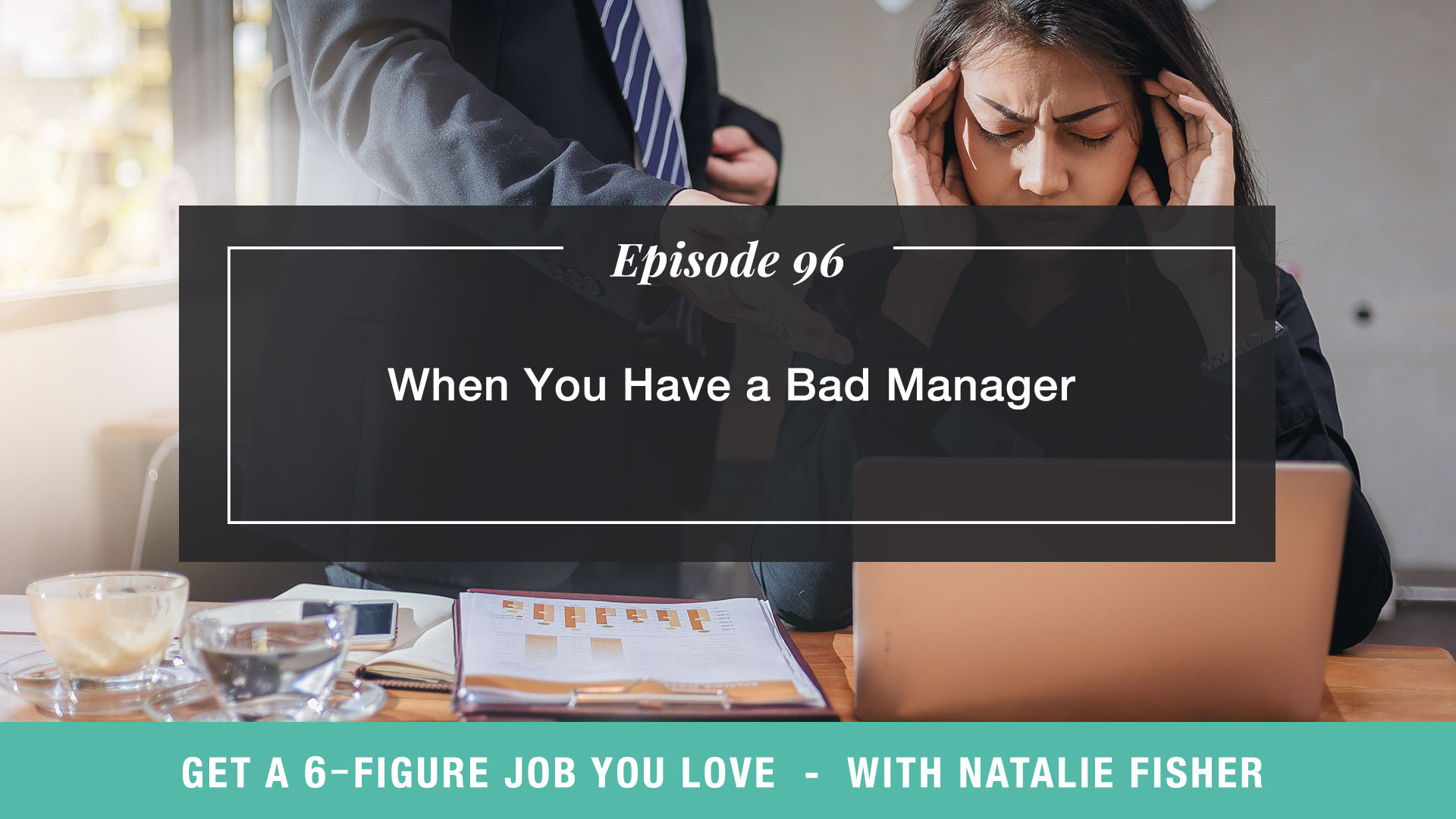 REGISTER FOR THE 8 REASONS YOU KEEP GETTING INTERVIEWS BUT NO OFFERS WORKSHOP HERE!

Have you ever had one of those managers who you just can’t seem to get it right with? You’re always trying your best, you think you’re doing what they want, and you’re getting good results, but they just don’t see it? Yeah, me too. So, how do we deal with these situations?

When we have a bad manager, our default is to believe that because we’re not getting their verbal approval, it must be because they’re right and we could be doing more. We think we need to fix ourselves in order to please this manager because we respect their opinion. However, it’s time to get out of this default because your bad manager is never going to change, but you can change the mindset you’re showing up with.

I know this is a problem so many of you listening struggle with, so tune in this week to discover how to stop torturing yourself over getting validation from your bad manager. I’m sharing stories from my own life as well as my clients’ lives of how we’ve overcome the frustration of seeking approval from someone who doesn’t want to give it, and how you can do the same.