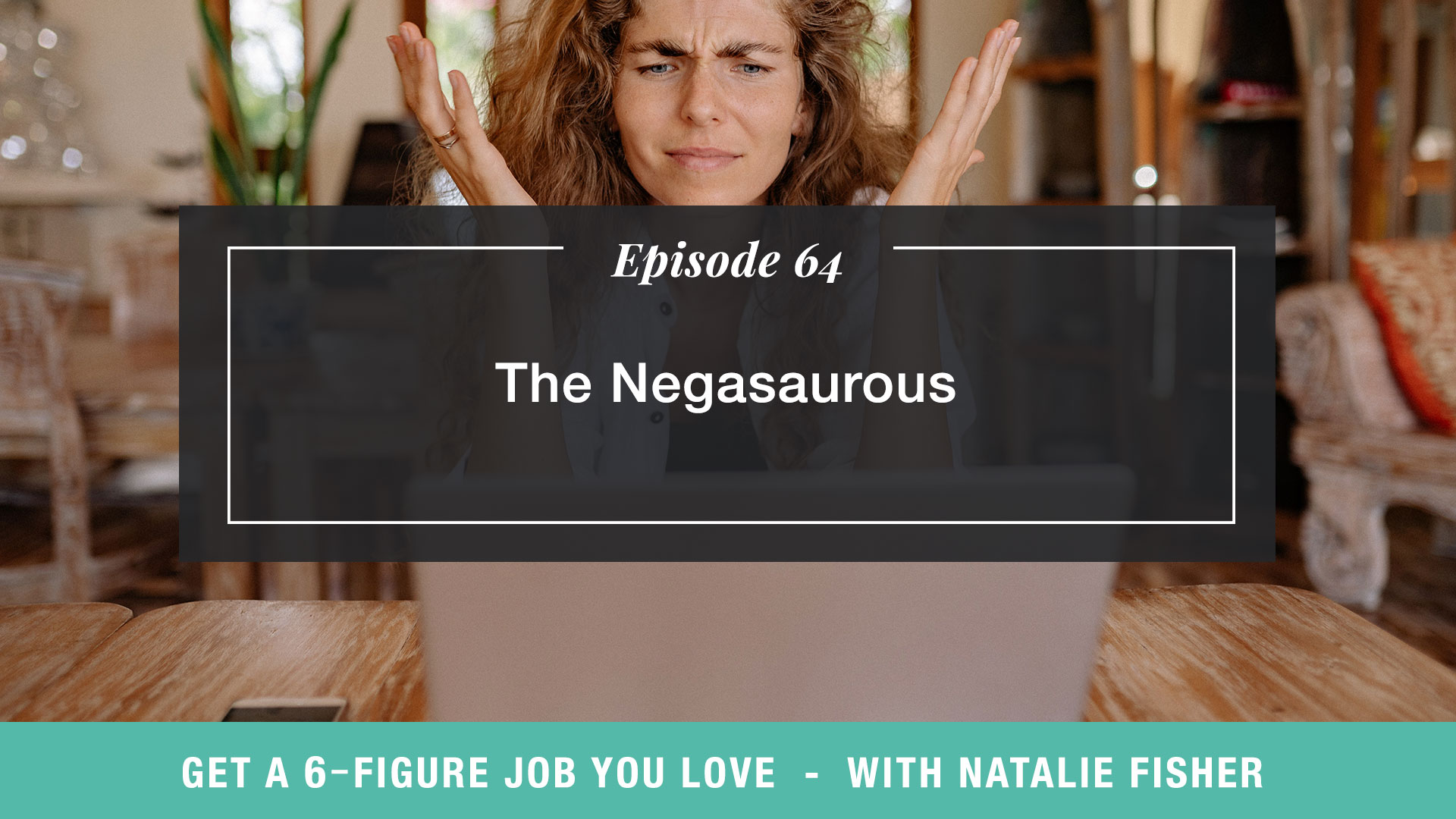 Have you ever felt like your relationship with somebody is built upon negativity? It might be a coworker or a boss, but whenever you are around them you find yourself venting or listening to venting, and end up feeling deflated and negative. I call a person like this The Negasaurous.

A Negasaurous can drain your battery, and oftentimes they don’t even realize they’re doing it. If you are not careful, you can get sucked into The Negasaurous’s way of thinking and it can hold you back from getting to where you want to be. But you can learn how to deal with a person like this, and I’m teaching you how this week.

Join me this week as I share some examples of the different types of Negasaurous that exist in the workplace and show you how to deal with them. Hear some ways to identify if somebody around you is a Negasaurous and what to do if you find yourself becoming increasingly negative in the company of others. Being around a Negasaurous will bring you down, but becoming aware of one can help you move forward in your life.