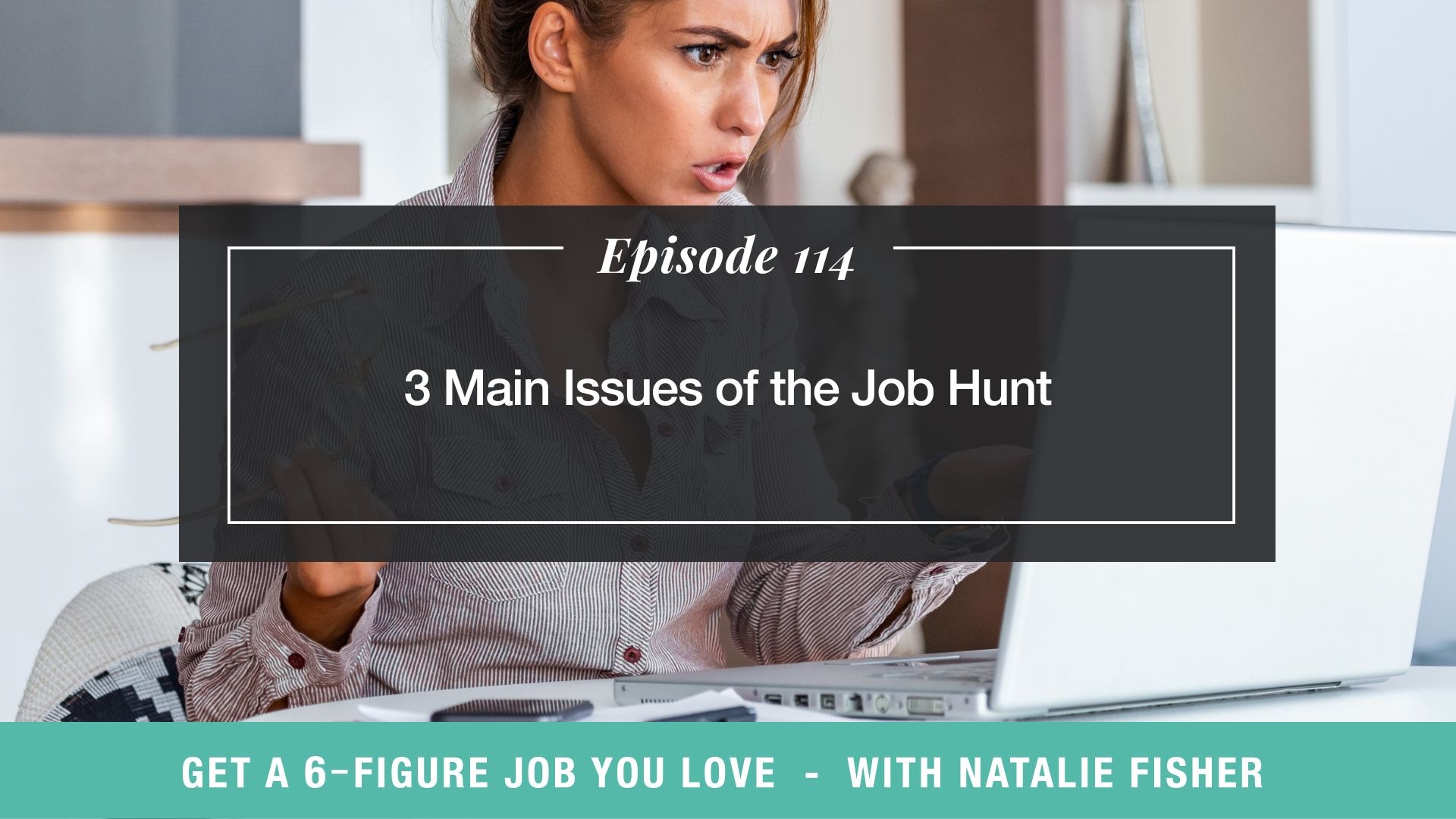 I’m bringing you the first installment of a four-part series here on the podcast, all based on a training I offered recently. This first episode is all about understanding who you are, what you want, why you don’t have it yet, and what’s going to be required of you to get it. The work we did inside this class was incredibly powerful, so I knew I had to share it here with all of you.

There are three main issues I see pretty much everyone facing when they’re looking for new employment opportunities. They’re either not getting enough interviews, they’re going on interviews but not getting any offers, or they’re getting offers, but not for the kind of money they were hoping for. Can you relate?

Whichever one of these sounds most familiar to you and your situation as you search for your premium offer, I’ve got you covered in today’s show. We’re diving deep into these three main issues of the job hunt, and I’m showing you what you can do to create a clear path towards getting a premium offer, whatever that looks like for you.