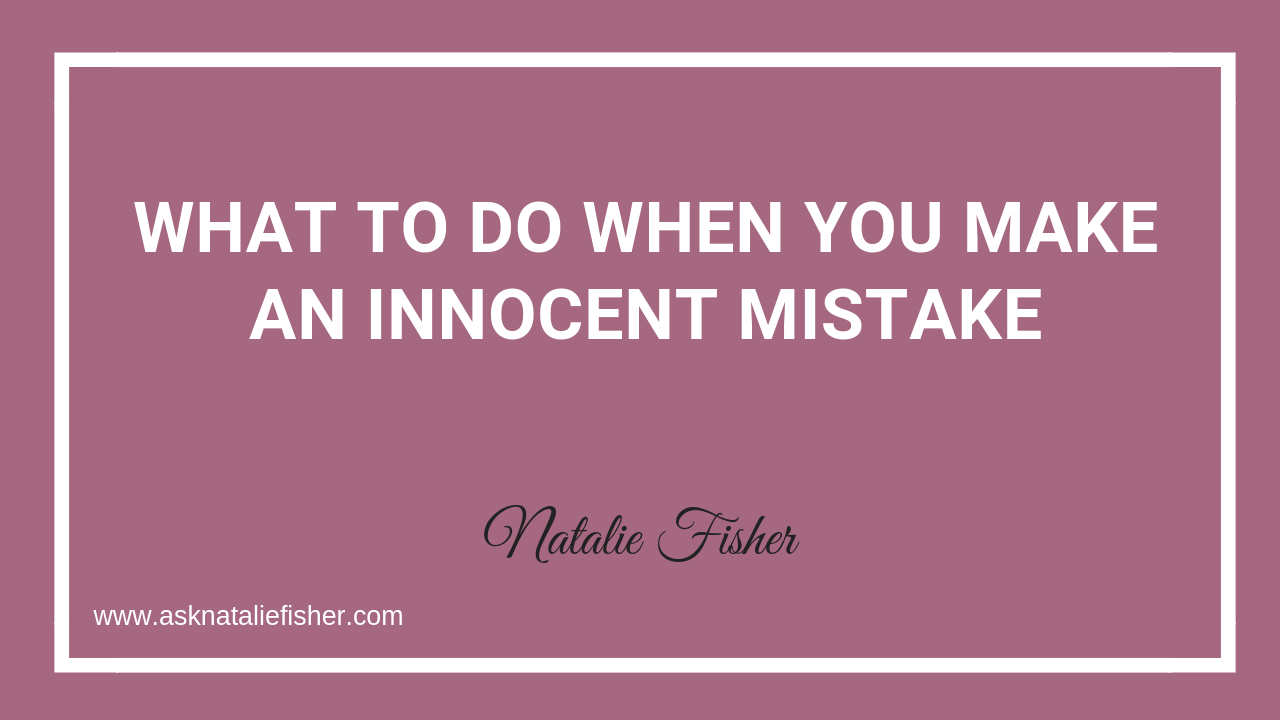 What To Do When You Make An Innocent Mistake

I picked up my towel and wiped my face with it… I was in the middle of a really hard boot camp style workout.

I walked over to the rowing machine, that was the next exercise… As was walking, I held this towel in my hand I realized it wasn’t mine. I panicked a bit, “crap!” Who’s towel have I just wiped my sweat all over? 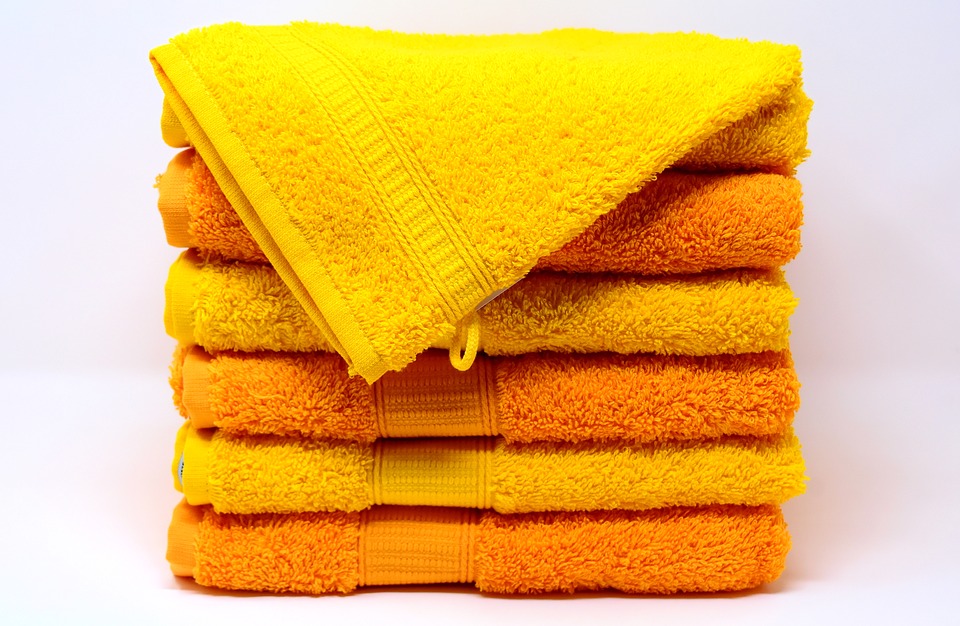 I looked around…No one was paying attention.

I decided to just continue with the workout, everyone seemed busy and focusing on themselves anyway.

I thought, hmm maybe I’ll tell Kari (the instructor) and she can see who’s towel it is… But on second thought… I didn’t want her to embarrass myself further by her announcing it to the entire class, so I just stayed quiet.

I casually put the towel back where I found it, hoping no one was paying attention.

I figured, when I see the person come and pick it up, I’ll let them know I used it by accident. I’m sure they won’t mind.

It was an innocent mistake, could happen to anyone right?

The guy came over and picked up his towel, he was in really good shape and quite attractive…

Before I had a chance to say anything, he immediately wiped his face with the towel. 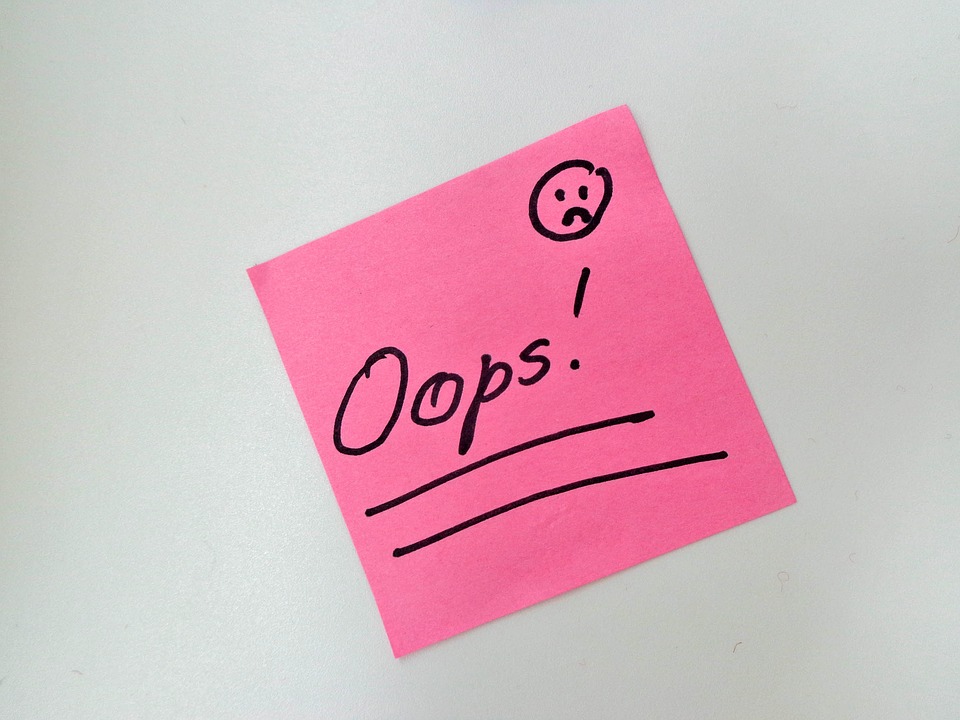 The following thoughts went through my head:

What good is it gonna do him now to know that a strange woman wiped her sweaty face all over his towel?

Will he care? Is he gonna go home and disinfect the towel? Is he a germaphobe? Is he going to freak out?

He’s probably gonna just throw it in the wash when he gets home, not give it a second thought and move on with his life…

I should just tell him, it’s good karma right?

Which option did I take?

I just blurted out:

“Hey I know it probably doesn’t matter now… but I accidentally used your towel, I hope you’re not a germaphobe.”

He laughed: “You better not have anything I can catch”

Would you want to know if someone wiped their sweaty face with your towel, and then you continued to use it after that?

I dunno… I think I’d rather NOT know..

If you were in the same situation would you tell the person? OR would you stay silent?

In our work lives and in our personal lives we all make these small mistakes.

Maybe because we’re not paying attention (guilty a charged)…

Or more likely we thought we were making the right call at the time, to find out later that we weren’t.

Sometimes these mistakes go over everyone’s head, something changes, or just no one notices, or it doesn’t affect the big picture…

In the past when you’ve made a mistake have you stayed silent, because the mistake didn’t matter anymore?

It’s what we call a “Moot Point” Something that is no longer relevant.

Now this is one example of one innocent mistake, that I don’t think has much bearing on that guy’s life.

If it was a bigger thing with a bigger impact, I’d assess this differently.

Let me know what YOU would do. Hit reply and let me know! 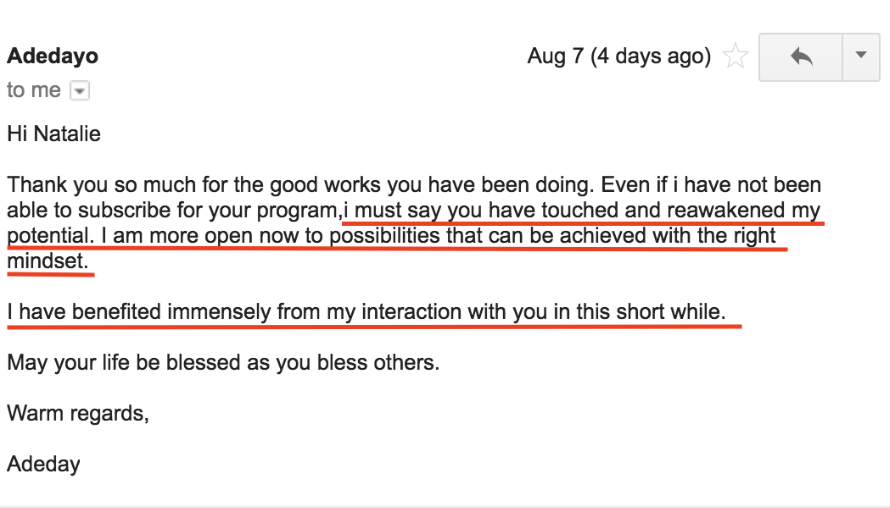