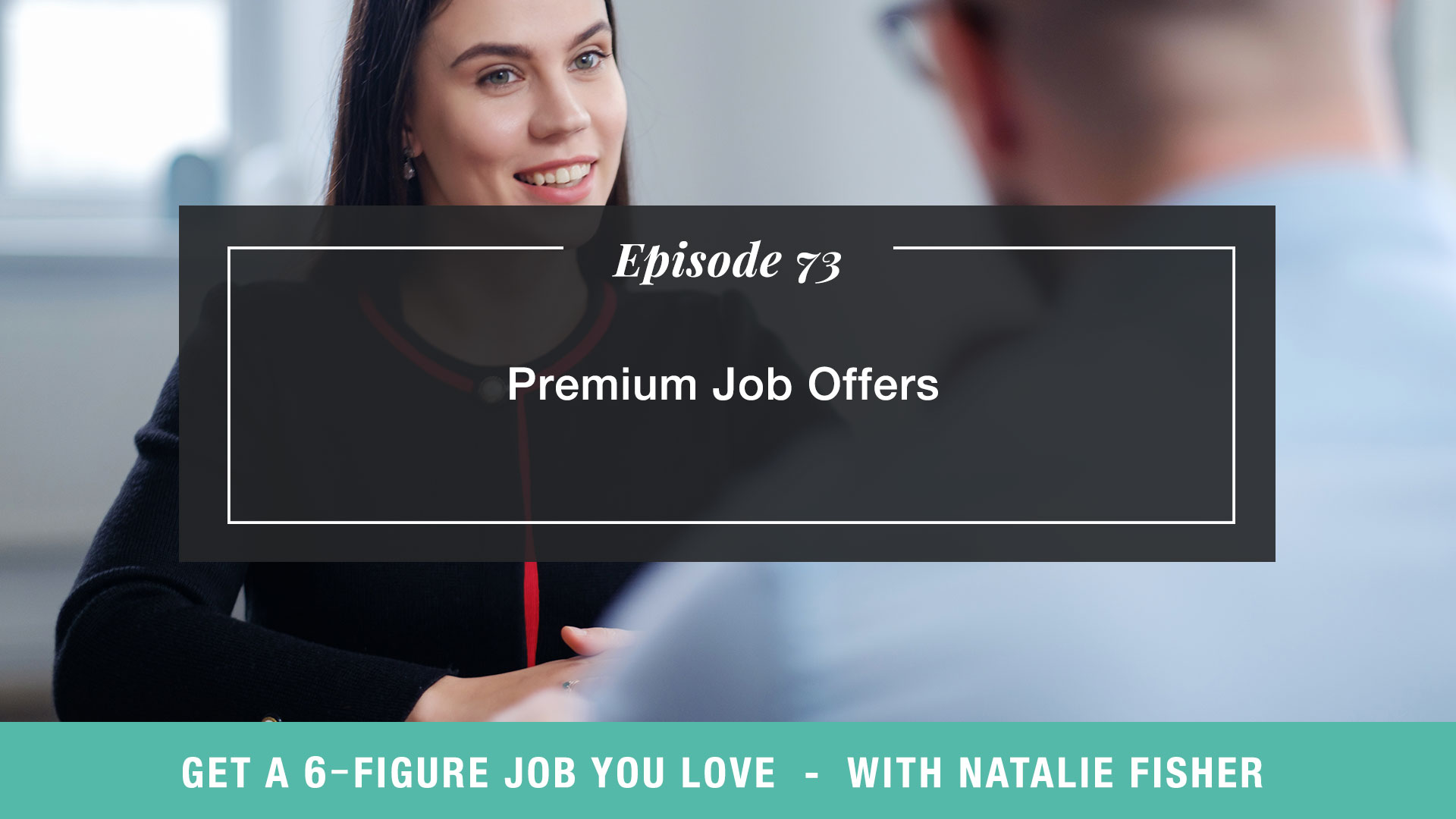 Sometimes in a job search, we can get so stuck in thinking that what we have is all that’s available to us, that it stops us from dreaming bigger. When you’re in a bubble working in an organization, it’s difficult to imagine what else is out there for you. But there are premium job offers; you just need to find them.

A premium job offer is an offer that will challenge you beyond what you are currently doing. It’s a bigger step up – maybe it’s a jump in responsibility or a jump in pay, but it is different from what you have now. And it is possible for you to go out and get; you just need to believe it.