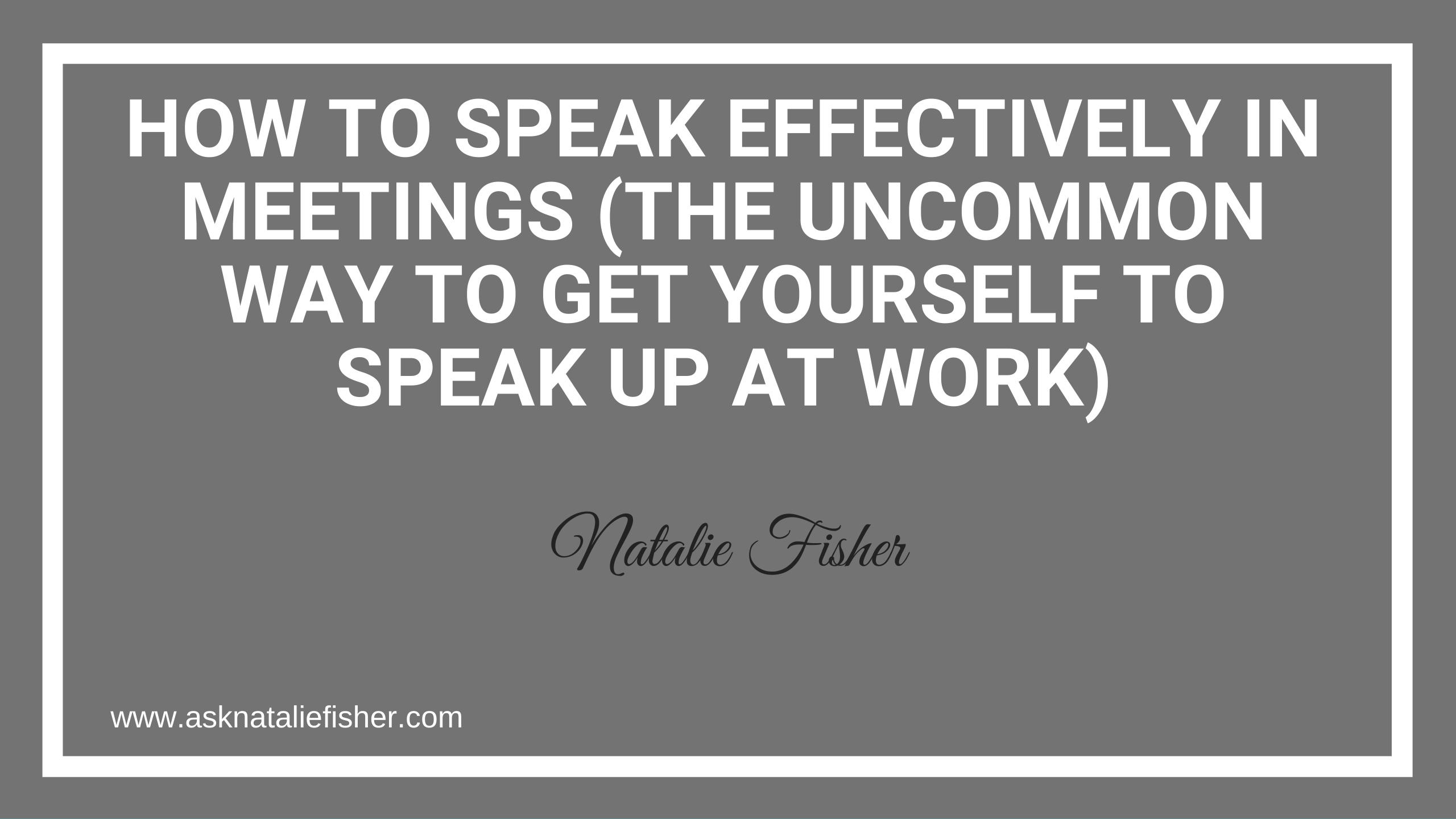 Hey guys! Today I’ll write how to speak up in either a meeting at work OR in an interview or in a situation where you would normally be uncomfortable speaking up in front of other people.

So if that’s you, and you are normally hesitant to speak up in a group of people, this post is for you.

We’re afraid that the worst-case scenario is going to happen.

And whatever that worst-case scenario is for you, whether it be somebody shooting down your idea, you being ignored, somebody saying like, counteracting your idea OR disagreeing with you.

OR whatever that worst-case scenario is for you, OR even people just, you’re afraid of people just silently judging what you’re saying, that is the reason why we don’t speak up.

There’s also a very clear reason why we want to speak up because we want to have our idea heard, and we want the best-case scenario, which is everybody thinks the idea is great.

It contributes to the meeting, maybe they even take the idea, and you get to have a positive feeling.

And so what happens to so many of us is that we get caught up in the worst-case scenario that could happen and then we don’t speak up.

And then we stay quiet, and then the compounding effect of staying quiet over and over and over again, leads us to not getting to where we want to get to in our career.

But the truth is, you’re never going to have as big of an impact as if you were to have the courage to speak up in a meeting with your idea and be willing to have that idea flop OR be willing to feel something negative when your idea isn’t, OR the response isn’t what you wanted. 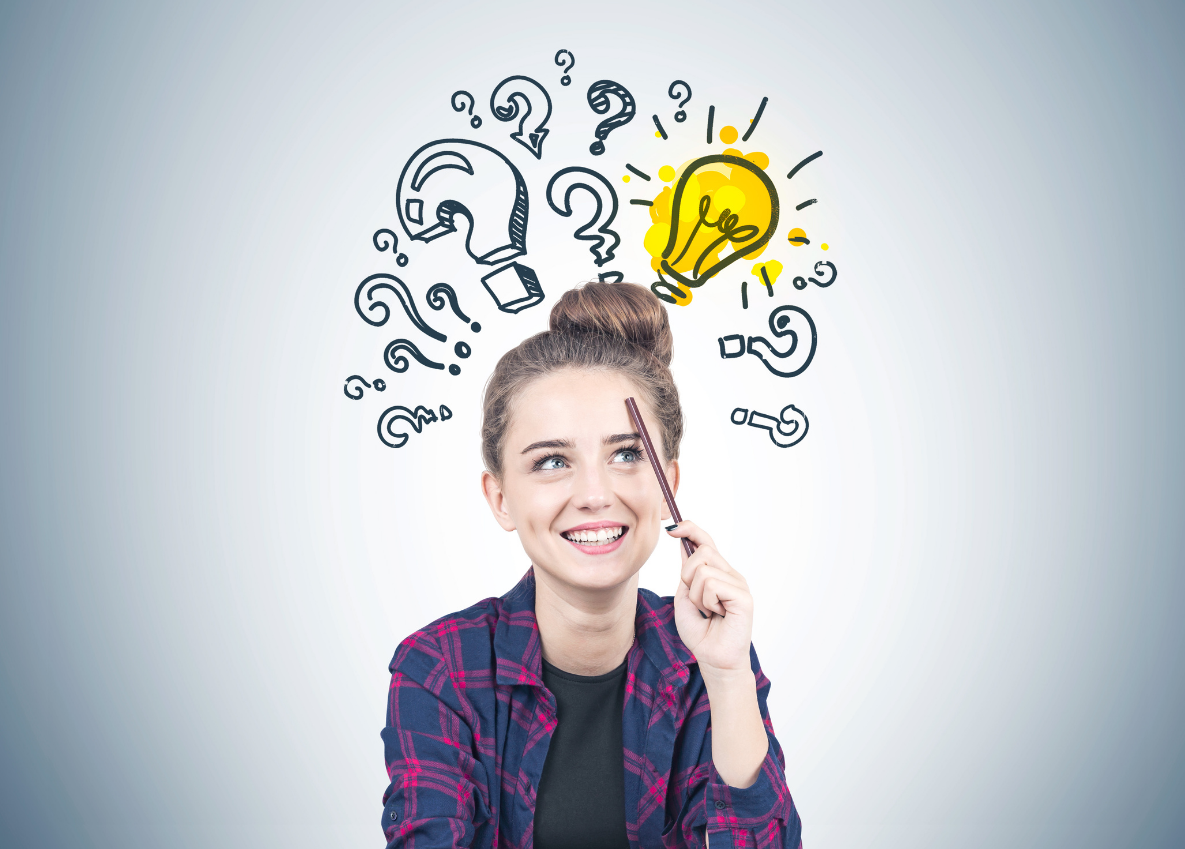 And then you rob yourself of any opportunity OR any chance you had of actually seeing whether OR, not your idea was going to actually contribute and do something and make a difference and there was always the possibility that it definitely was.

And so as somebody who’s spoken up a lot of times, I can tell you that sometimes it works, and sometimes it doesn’t.

What I would encourage you to do is decide whether OR, not you want to own your idea.

And if you do, are you willing to put it out there, and have somebody judge it OR disagree with it OR open a discussion around it, and that’s just going to take some courage on your part. 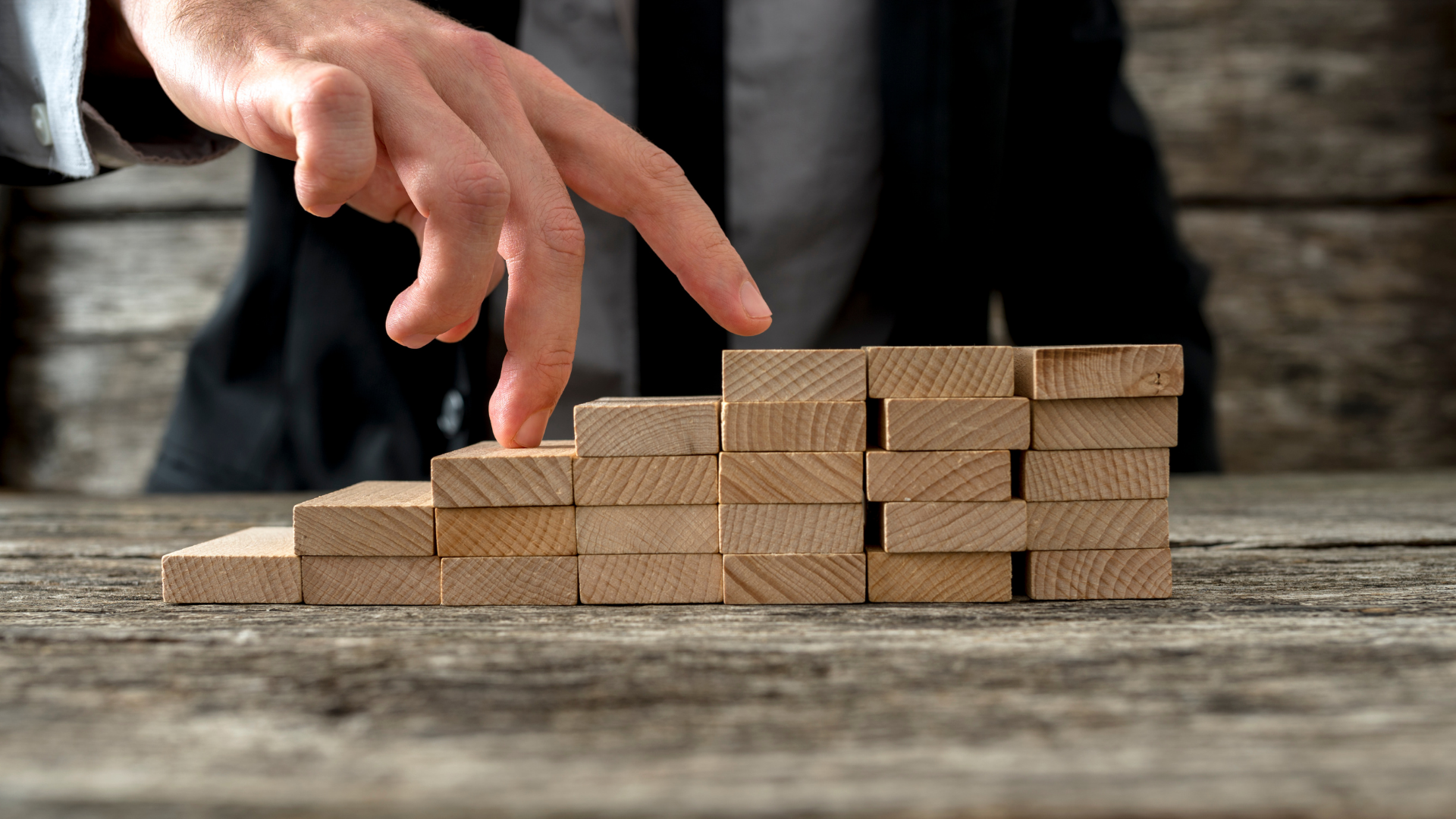 At least the other way, you’re actually moving forward.

That’s the problem why we don’t do it.

If you want to move forward in your career, speaking up with your ideas is going to be a main contributing factor as to whether OR, not you get seen, your ideas get heard, you get to contribute and help move forward your department, your team, your organization.

And also you are paid to give your ideas. You’re there, they want your ideas good OR bad.

And not everybody has 100% good ideas all the time, nobody.

Everybody has to have bad ideas and good ideas, and that’s why a collaborative discussion is very helpful around a good idea OR a bad idea.

And it’s always going to be more useful to put that idea out there and see what happens VERSUS not doing it.

You don’t even give yourself the chance to be heard OR to be seen OR to move forward. And it is all out of fear, my friend, that you don’t do that. 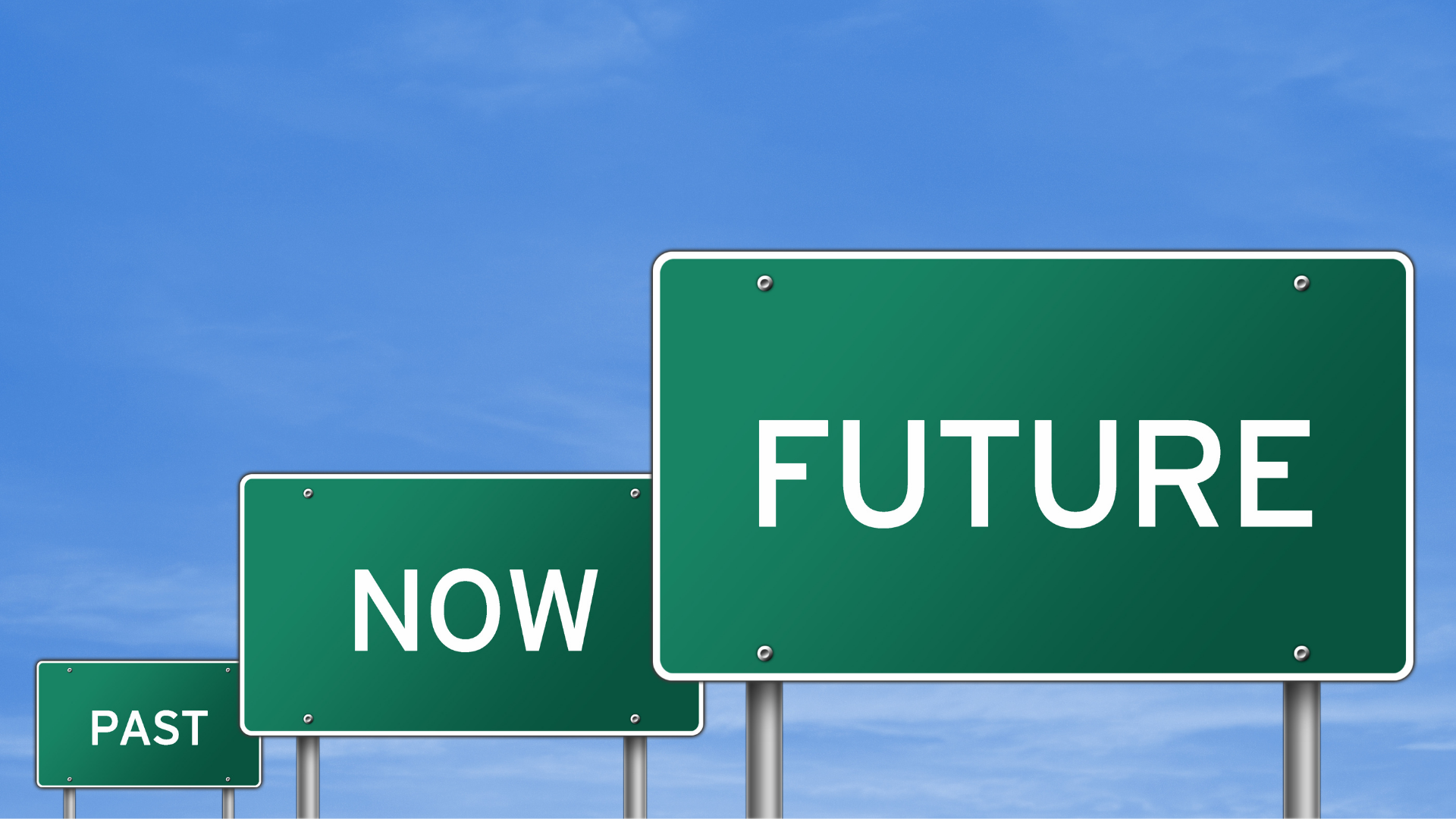 Second, I want you to picture yourself in the future, where you want to be in your career.

How do you, in the future, how do you respond in meetings?

How do you speak in meetings?

How do you speak in interviews, and how are you taking the courage to speak up with your ideas, whether they be hit OR misses?

And are you willing to accept it, if maybe your idea doesn’t land OR maybe not the whole thing, maybe part of it?

And then noticing that it’s not the end of the world. 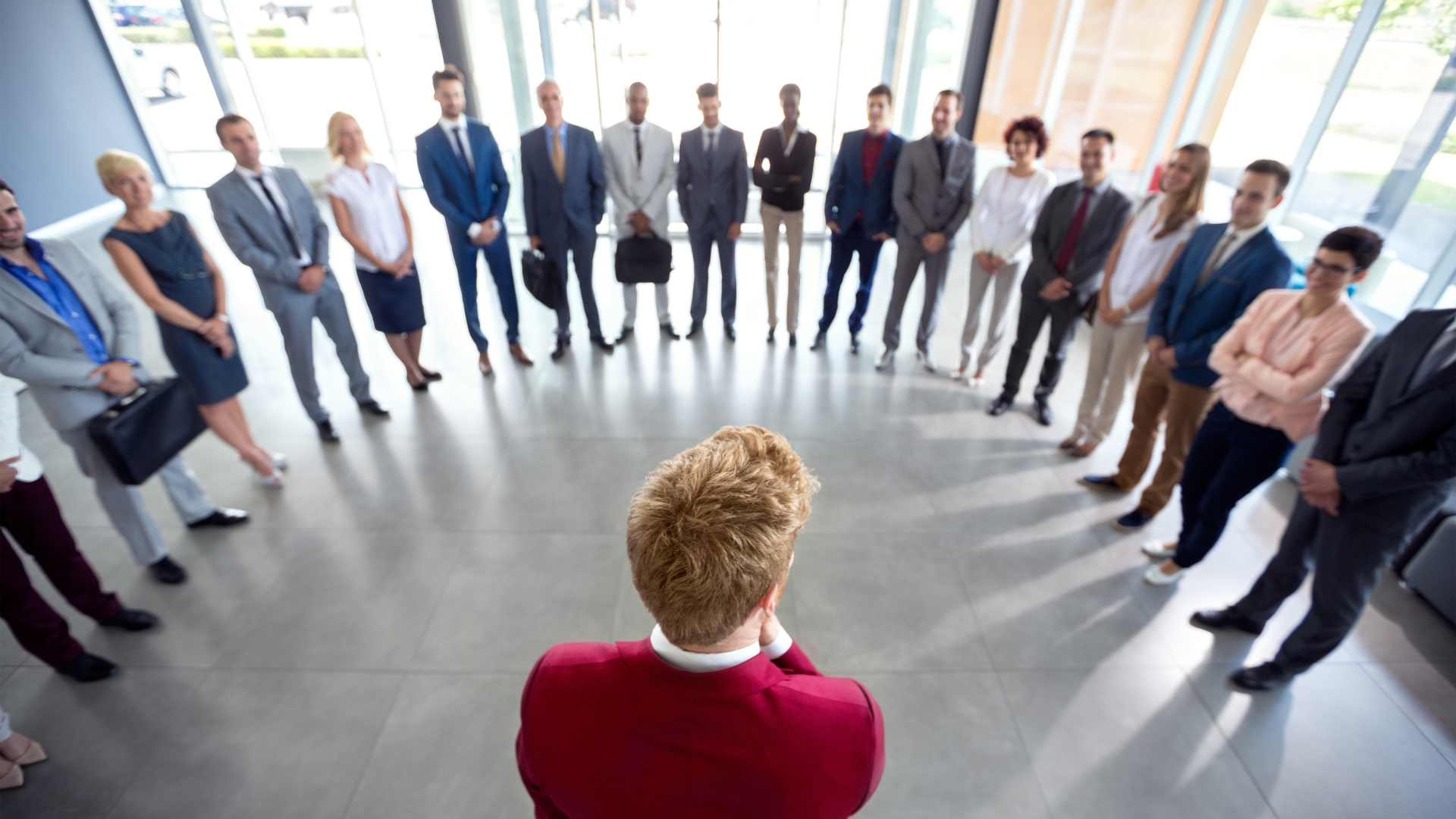 Sometimes they have to put them out into the world, and sometimes it costs companies millions of dollars because somebody had a bad idea, and they acted on it.

These things happen all the time, and you’ll never get to know how you are going to grow into your position and how you’re going to learn unless you have the courage to put your idea forth into the world.

What I recommend is that you prepare yourself.

You say, okay, I’m going to put this idea forward.

And then whatever, you’re afraid of, write it down.

Be like, I’m afraid my boss is going to knock it down.

I’m afraid they’re going to be silently judging me and then write down a strategy for how you would handle each one of those things.

For example, if somebody disagrees with your idea, say, they say, you speak up, and you say, “I think we should do this, I think this is a good idea.”

And somebody says, “Yeah, not so much, I don’t like that.”

Then be prepared with how you would handle it.

I would recommend being open and just saying, “Oh, interesting, why don’t you think so, what are your thoughts?”

With just a genuine curiosity to get to where they’re at and what they’re thinking and so maybe you can come to collaboration.

And I ask, I like to ask, “What are your concerns? What do you think?”

And when you are really open and curious, there’s really no danger, because you can’t be hurt by anything that they say unless you take it really personally. 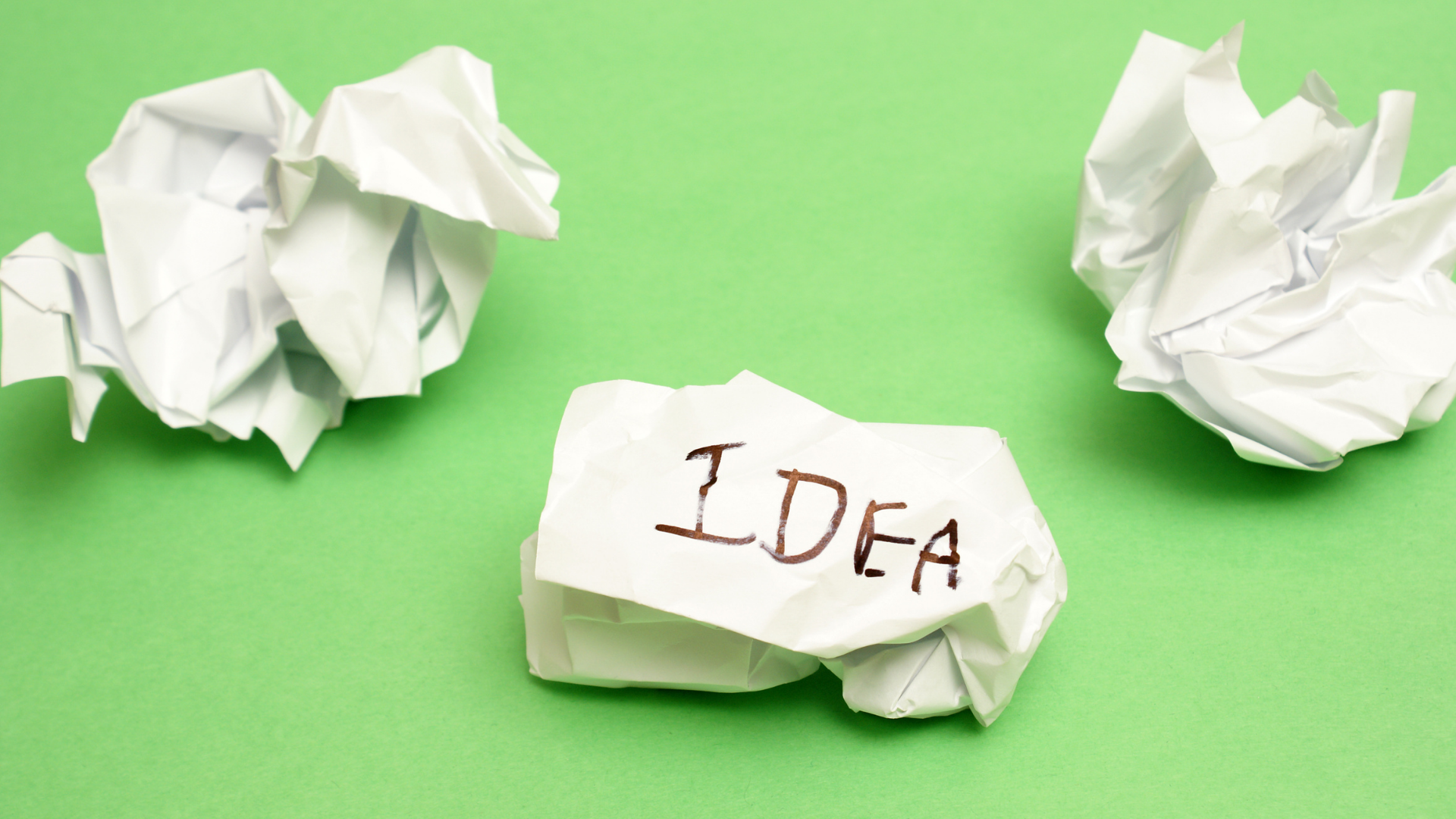 If somebody tells me that my idea’s bad, I don’t take it personally anymore.

Now I’m like, okay, I wonder why they don’t think it’s a good idea.

I wonder what they think and why, and then we can get into a really productive discussion.

This is how healthy work environments work.

Sometimes we have to hear a whole bunch of ideas, and then just apply one of them and then the decision-maker would do that.

Because even if you put your idea out there, and they decide not to go with it, you get feedback on why not. 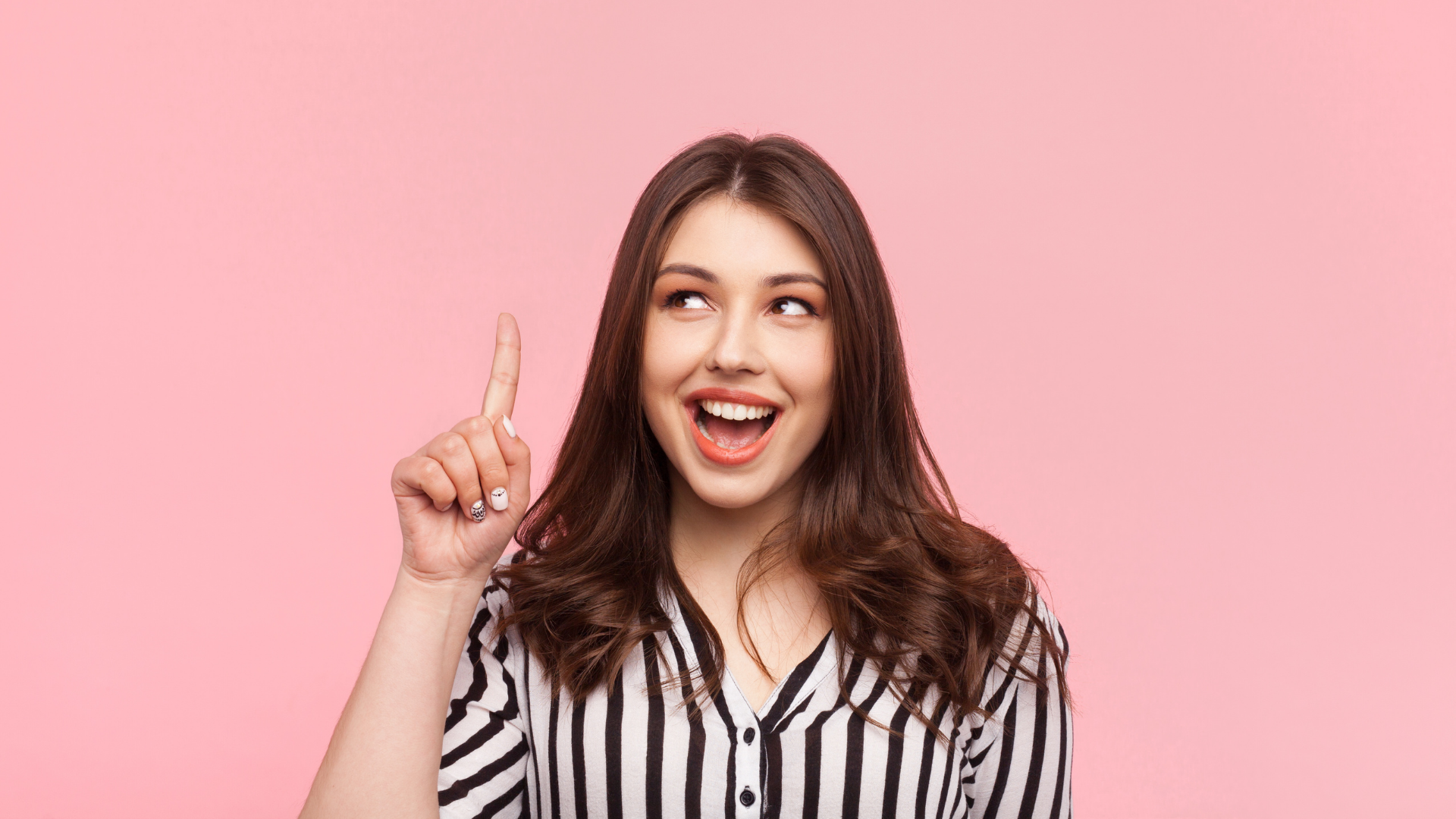 And also the courage that it takes to put your idea out there in the first place is going to be more difficult in the beginning, but once you do it more and more, it’s going to become easier and easier, trust me.

And if you decide not to take it personally from the very beginning, there’s really nothing to lose because it’s an idea, it’s not you.

You are not your idea, you are separate from your idea.

You can have an idea, and they can say, “We don’t like that idea.”

It has nothing to do with you.

So when you can remove that personal aspect of it, then you can just see it very neutrally and get curious and be like, “Oh, why don’t you think that’ll work? What are your concerns? What’s your idea?”

Then you can take that information and formulate better ideas in the future.

I hope that helps, and I really encourage you to speak up, especially if you want to move forward in your career, get promoted, make more money. 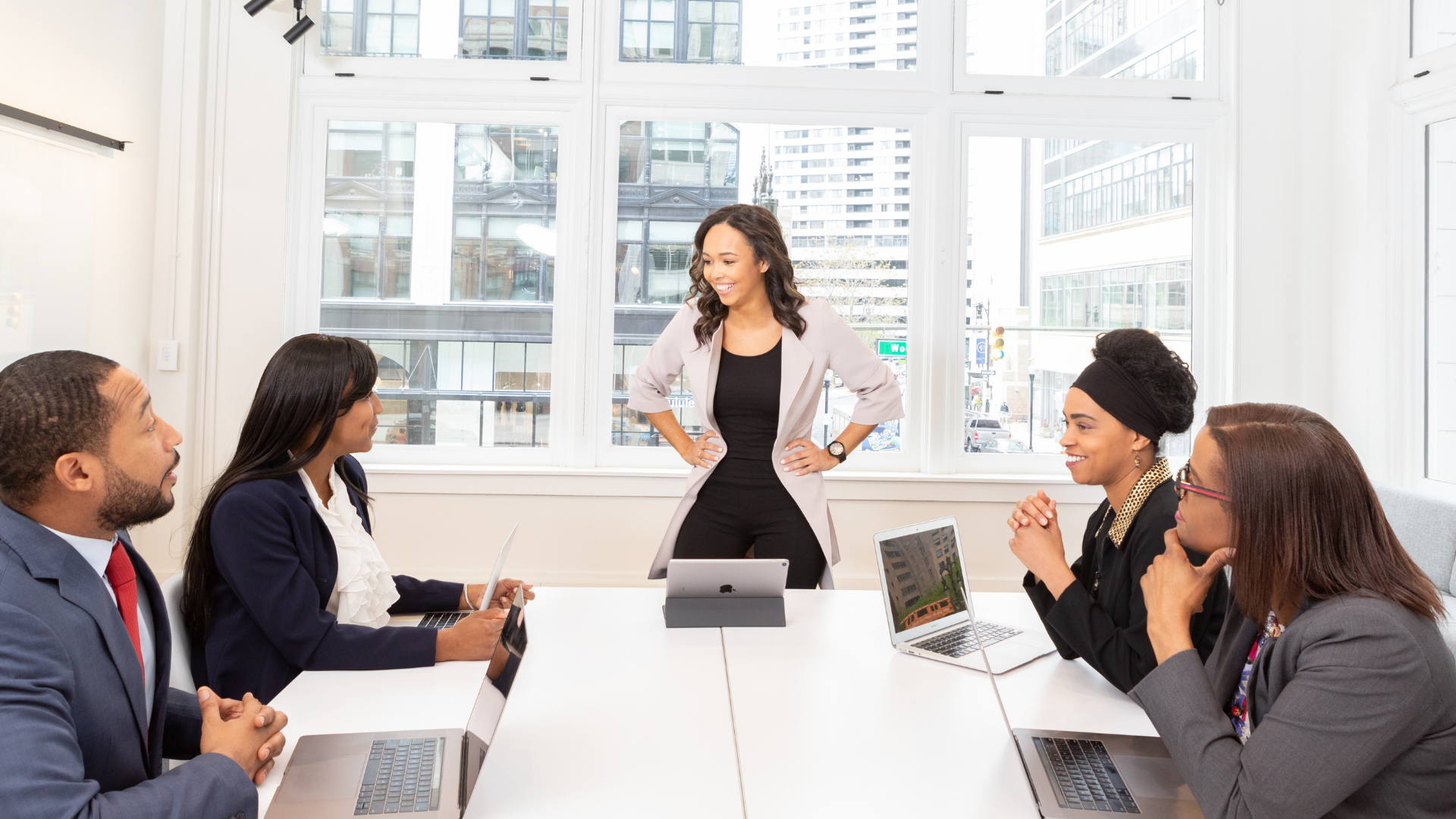 Leaders need to have ideas.

Leaders need to have courage, and all of those things start small.

Yes, it’s a step to speak up, but it’s definitely worth it.

The worst that can happen is, you can feel a bit embarrassed because they didn’t like your idea.

You can feel a little bit uncomfortable speaking.

The feeling that you feel won’t kill you. You will not die from the feeling.

All you can do now is get the feedback from what you did. 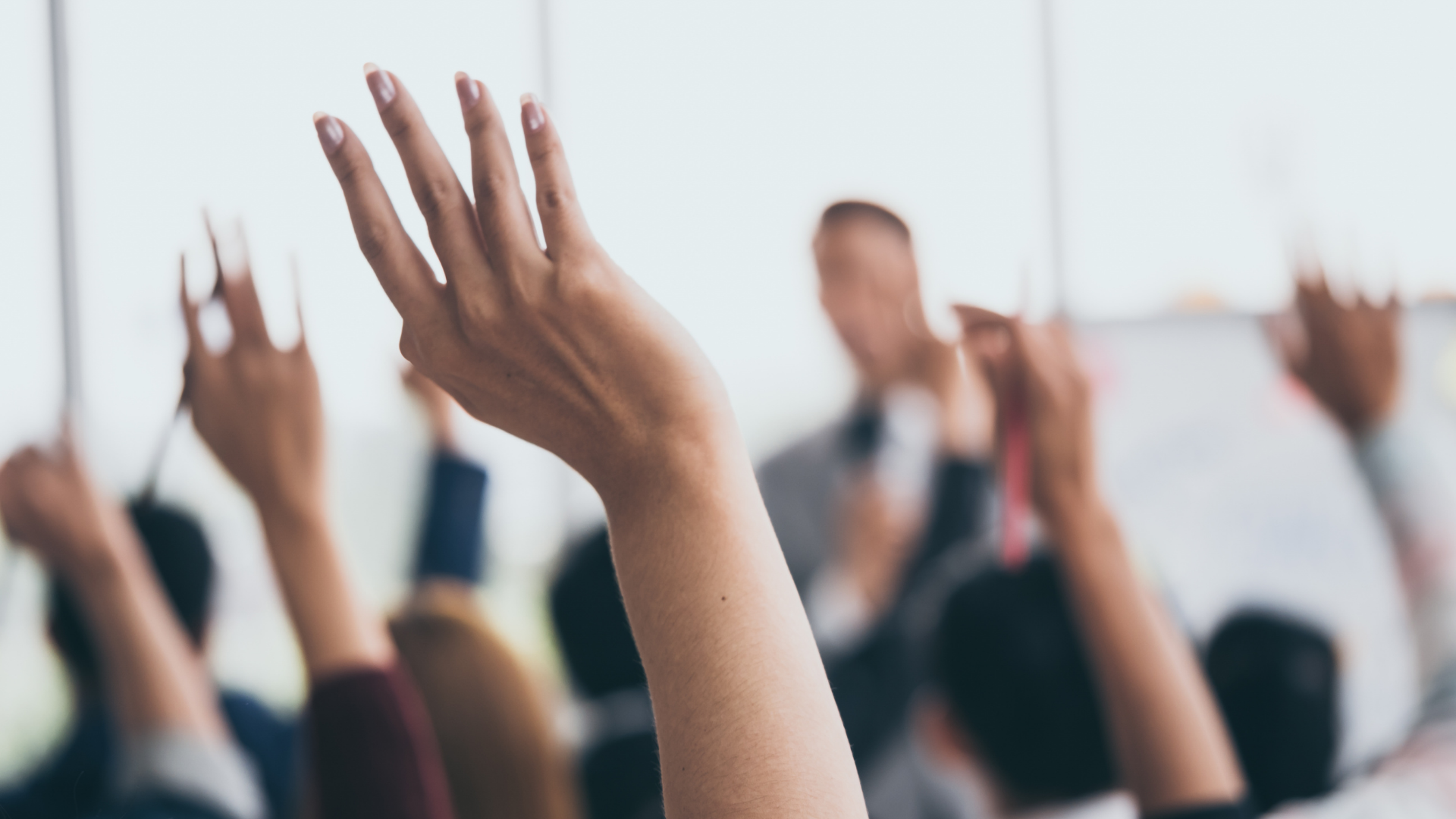 Maybe if you spoke up, I did this a bunch, I spoke up, nobody even heard me, nobody ever said anything it wasn’t acknowledged.

Then I was like okay, I’m going to say it a bit differently.

First, I would say it over and over, and then if people weren’t listening, I’d be like, okay, I need to say it a little bit differently.

But I didn’t get shut down and say, okay, they don’t like me.

They’re not listening to me.

I just said I need to try this a different way, so I implemented different strategies to have my ideas heard, and then I started to see what people responded to best. 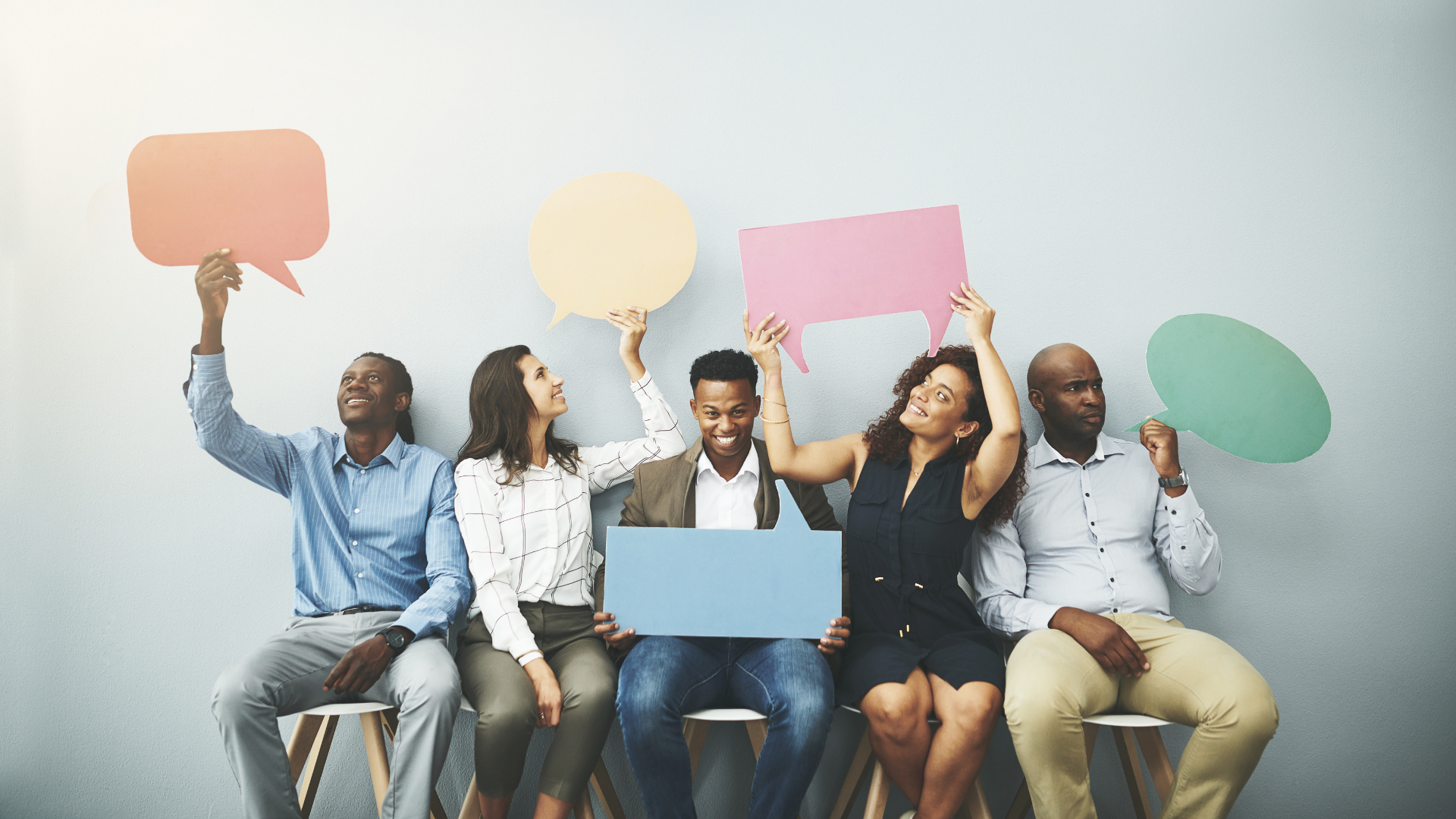 The key here is never to take it personally.

And it becomes a lot lighter.

I’ve had that happen several times to me where I say something, and they say, “Yeah, we don’t want to do that. We don’t want this to happen.”

And I would be like, “Oh, I never thought of that.”

Okay, and then I’ll think about it for a bit, and then maybe I’ll come back again with a counter OR I’m not going to take it personally.

And that’s, I think, what’s led to my main success.

I think that that was a very, very strong asset because when you can just work with people and remove the drama, it makes it so much easier to move forward and get results. 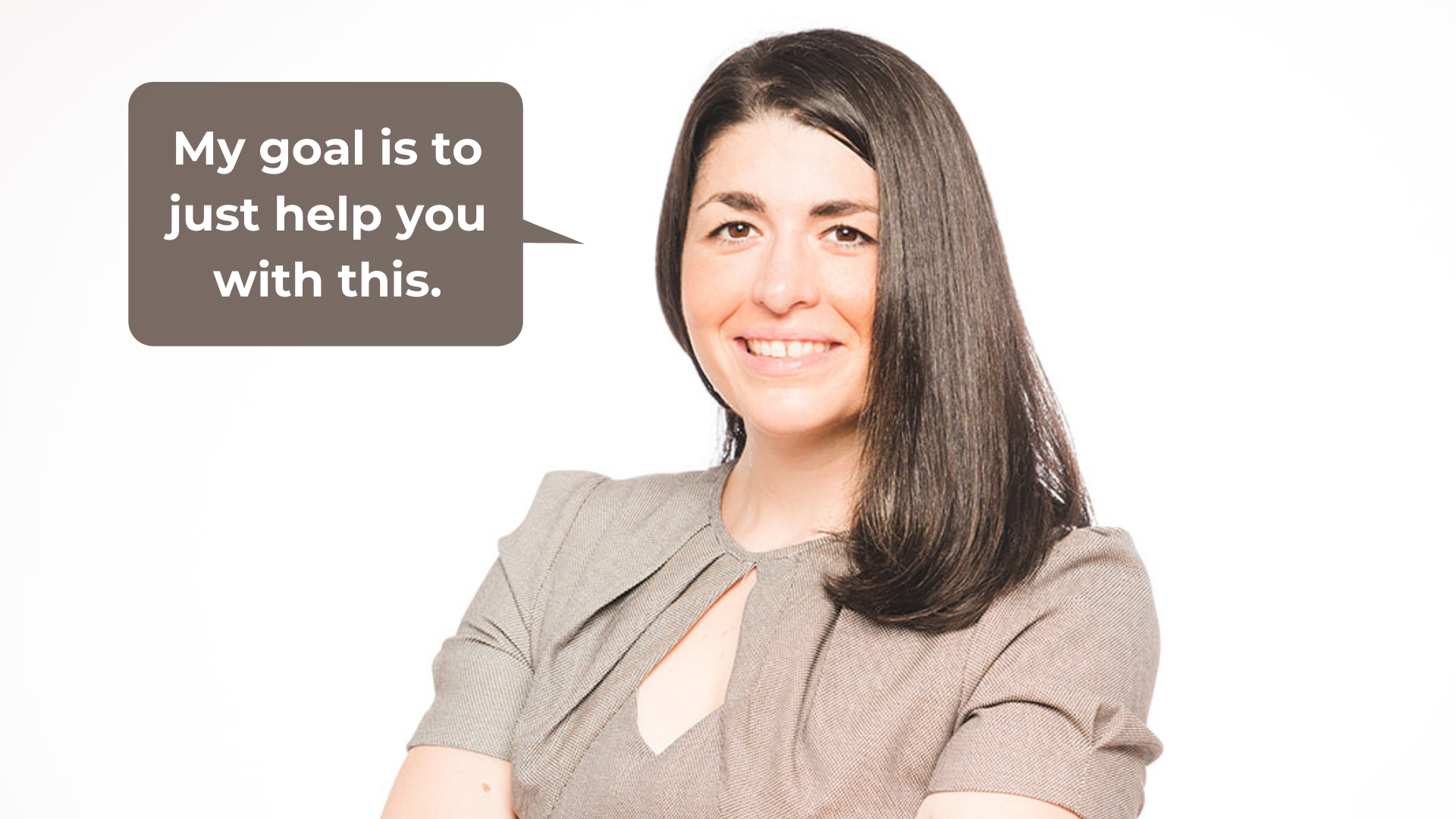 That’s what I have for you, my friends.

I hope this has inspired you to speak up in meetings and speak up in interviews and not be afraid to trust yourself and really share your ideas.

If you want to take this further, this is exactly what I help people with, and it’s going to be monumental in changing your career trajectory and the amount of money that you’re going to make if you are willing to voice your ideas.

And if you’re at the point where you don’t think you have any good ideas yet, that’s where I shine with helping you.

Because I bring out your good ideas, I show you your own genius, and I get you to express those ideas in a way that creates value, whether you know it OR not yet.

If you want to work with me, get started with my free training, Get a Better Job in 30 days.

And I also have a podcast if you’d prefer to listen rather than watch YouTube, OR if you want to do both.

Do you know one person who could benefit from the information and learn from this post? If so, do your friend a favor and share this info with him/her.