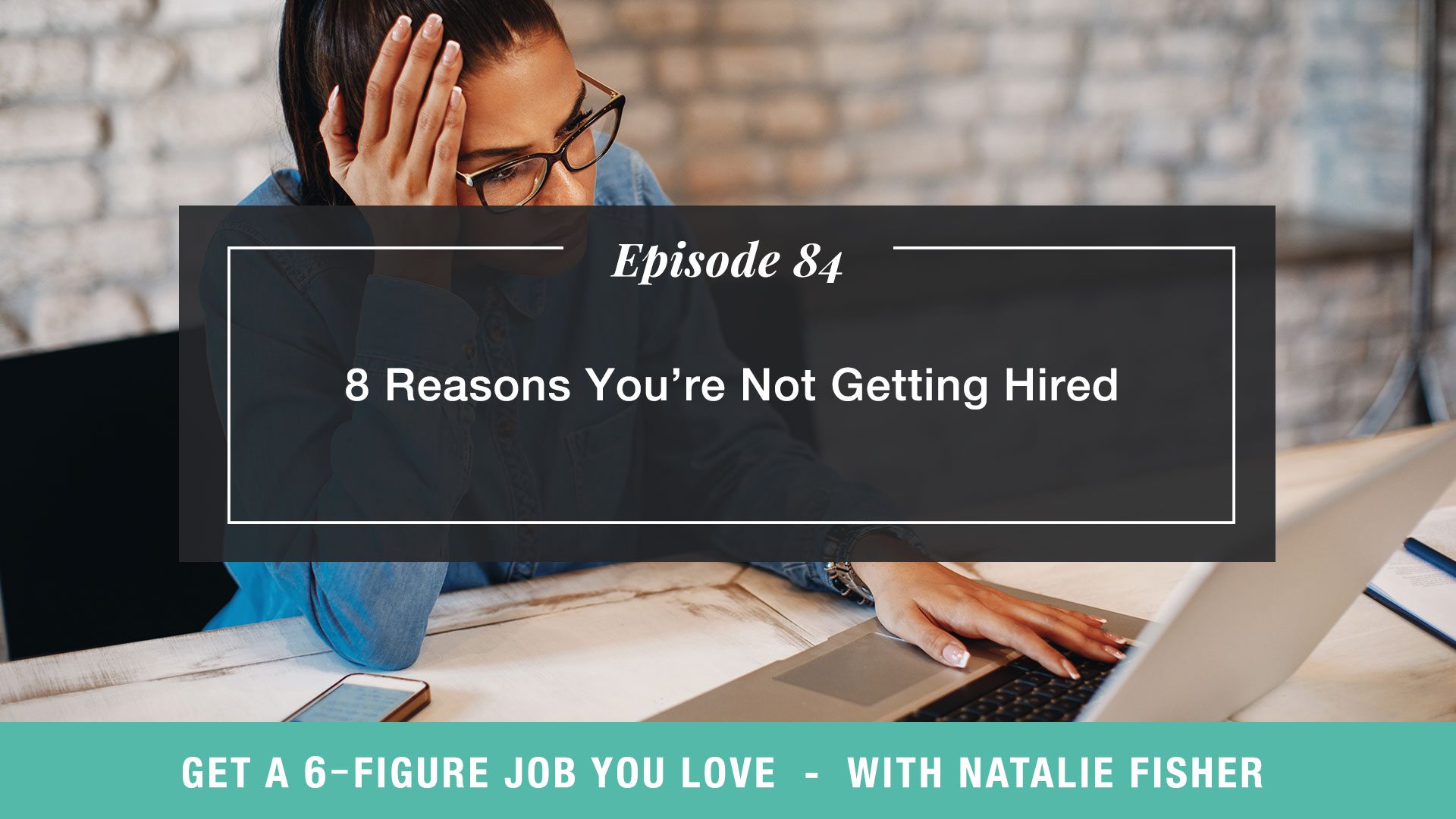 The truth is, there are several reasons you’re not getting hired during the job interview and the reasons might surprise you. But the great news is that once you know these reasons, you can use them to your advantage.

Join me this week as I’m sharing 8 reasons you’re not getting hired in the interview and how to use these reasons to boost your chances of landing a premium job offer next time. Discover how to determine your potential areas of weakness, and how to change your approach to seal the deal.