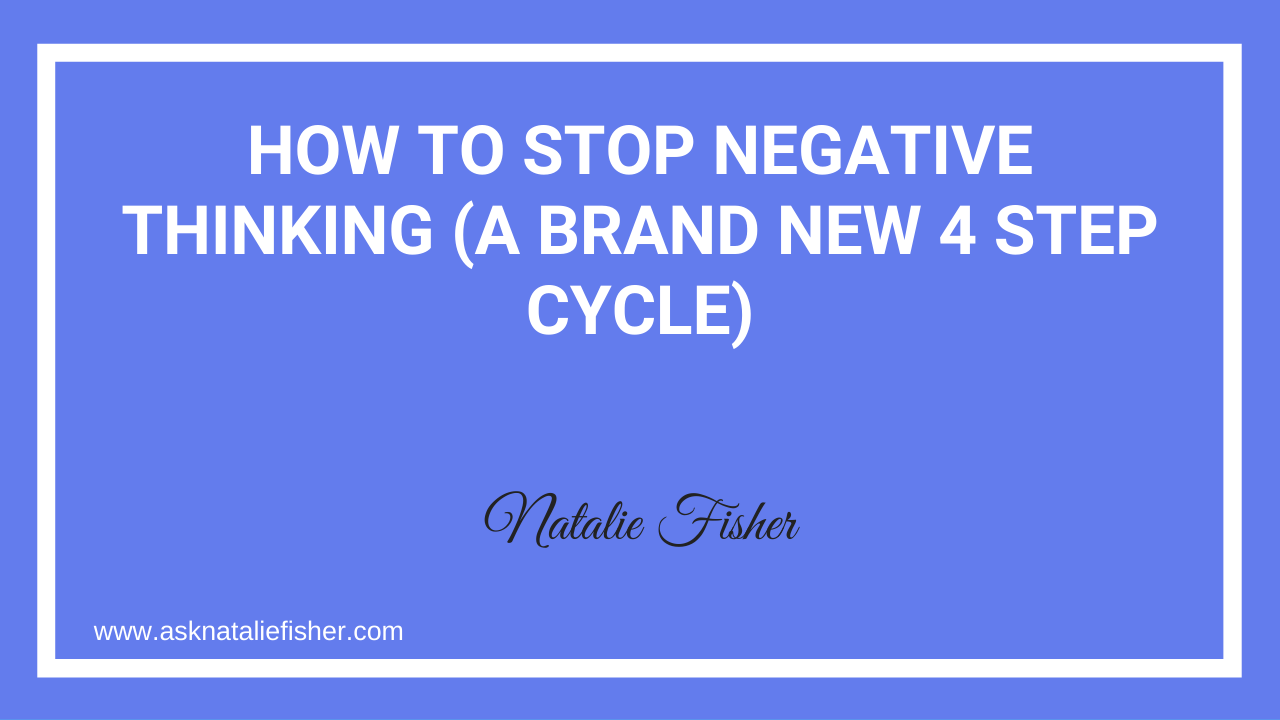 How To STOP Negative Thinking (A Brand New 4 Step Cycle)

If that is a problem for you, it’s not going to be after this post because I’m going to explain to you how everything works in your brain.

The first thing is that we think we’re never supposed to think negatively.

And that’s a myth because we have a human brain and we are going to think negatively sometimes.

It’s just going to happen. We can’t think positively all the time, it’s not possible.

What happens is is when we’re trying to think positively all the time, and then we do think negatively, then we just feel bad for feeling negative OR for thinking negatively.

And then that just compounds it and makes it worse.

Don’t worry if you have negative thoughts, it just means you have a human brain and that is okay. 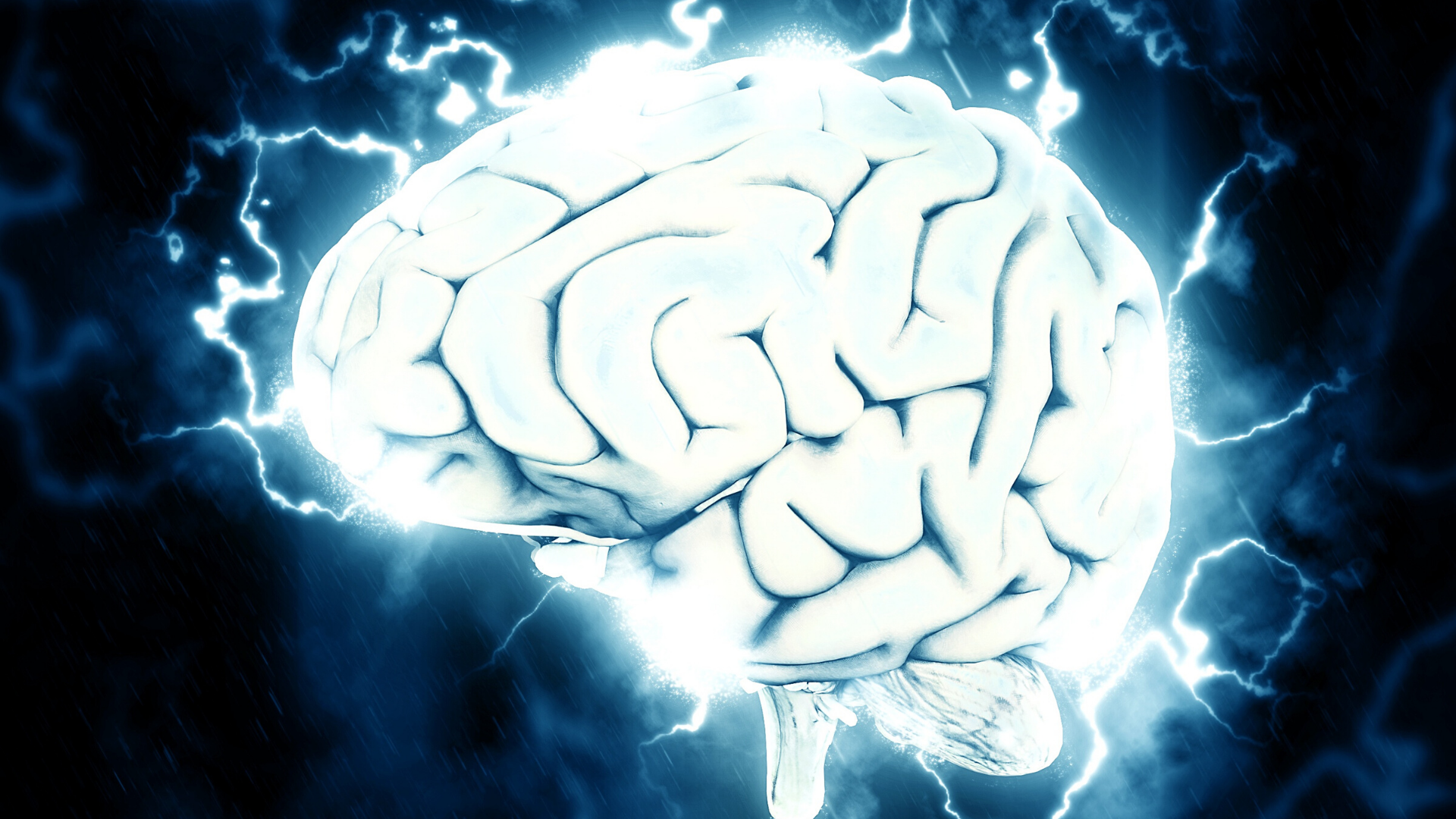 The first step in the cycle is awareness.

You have the awareness that maybe you’re having a negative thought.

As soon as you even notice the negative thought, then you have some leverage over it.

You can be the watcher of your brain.

You are the thinker of those thoughts.

And you can direct them. 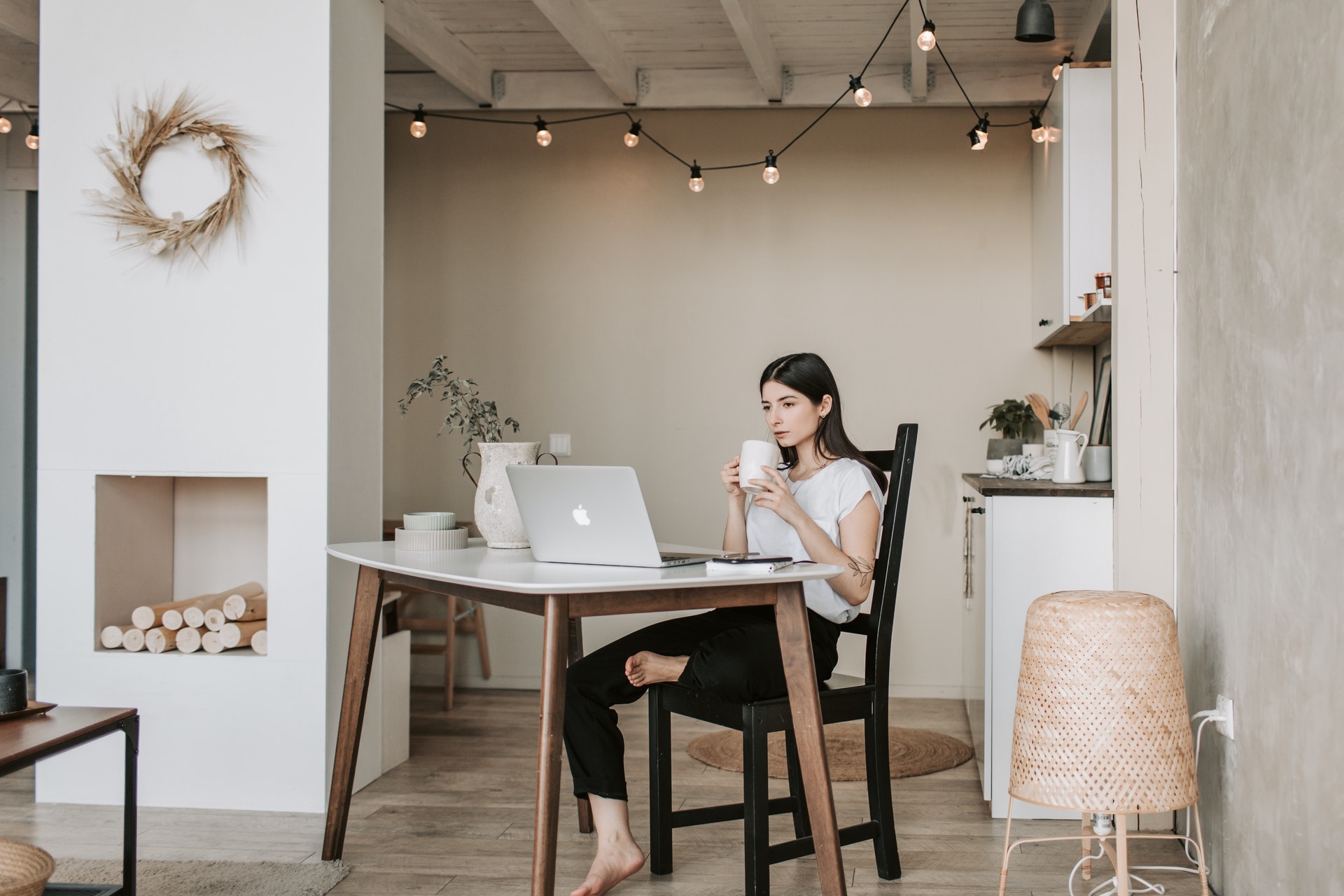 The first thing you need to learn is how to notice them.

You might drop a pen on the floor and think, “Oh I’m so stupid. I’m so clumsy. I just dropped that.”

And that thought is completely optional.

It’s also not true because lots of people drop things.

Lots of people forget where they put their keys.

Lots of people do all sorts of things like that and it doesn’t mean that they’re stupid OR clumsy OR that they have to identify like that.

It just means they did that.

That’s a neutral fact, you dropped a pen on the floor. Big deal.

It doesn’t mean that you’re stupid. 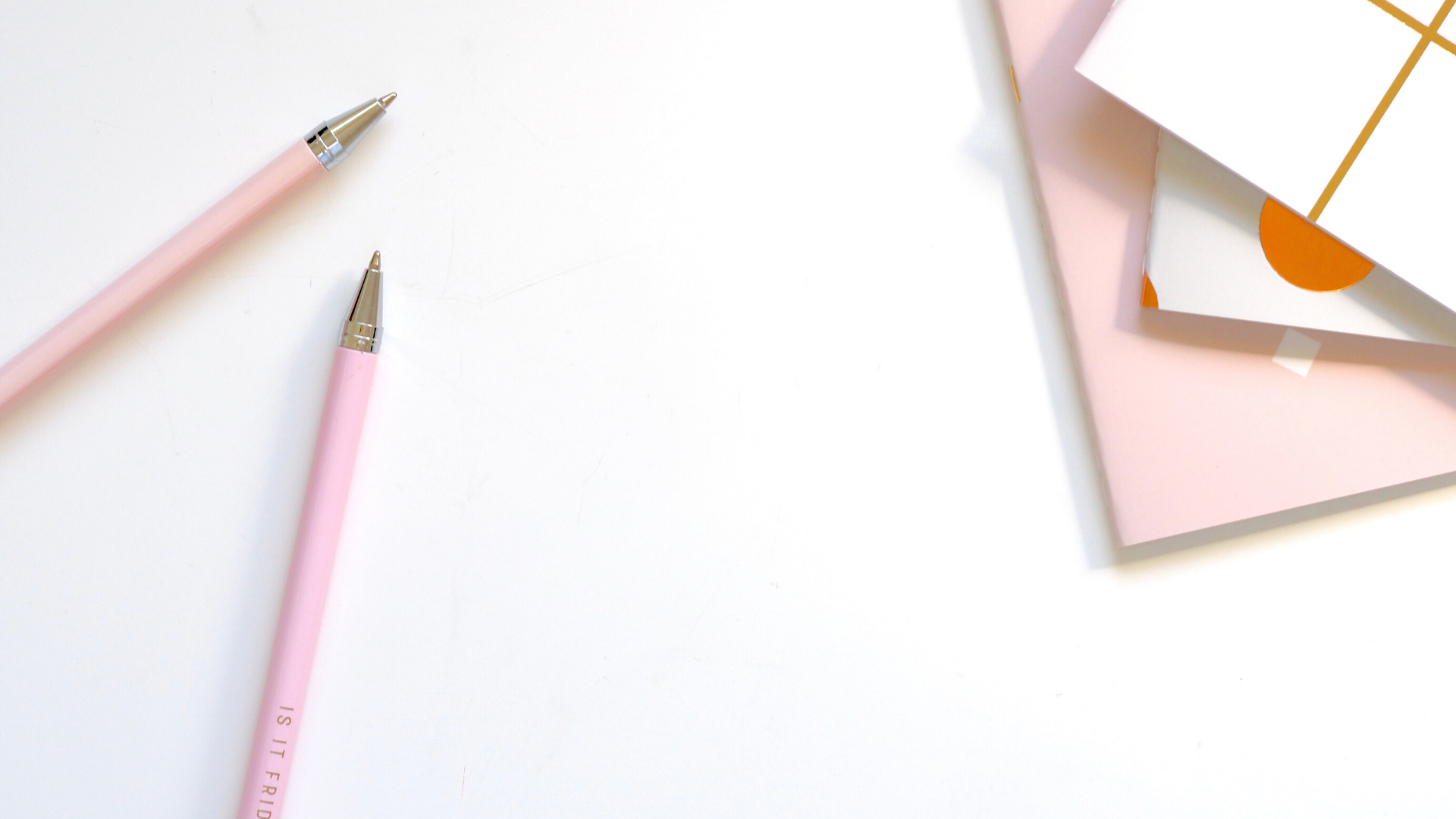 The second thing you want to do is notice that.

Be like, “Oh that’s interesting. I made that mean that I was stupid because I dropped a pen or that I was clumsy.”

You want to notice that you’re doing that.

If you’re doing something at work, OR if somebody says something to you, maybe they explain something to you and you don’t understand it right away and maybe your thought is, “Oh I’m so dumb ’cause I don’t get it.”

A lot of that happening.

Notice the thought that comes up.

Notice that you’re having that thought.

And the way that you’ll know is how you feel, ’cause you’re probably going to feel bad.

Notice the negative thoughts and notice how it makes you feel when you think it.

And be aware of the fact that it’s optional. 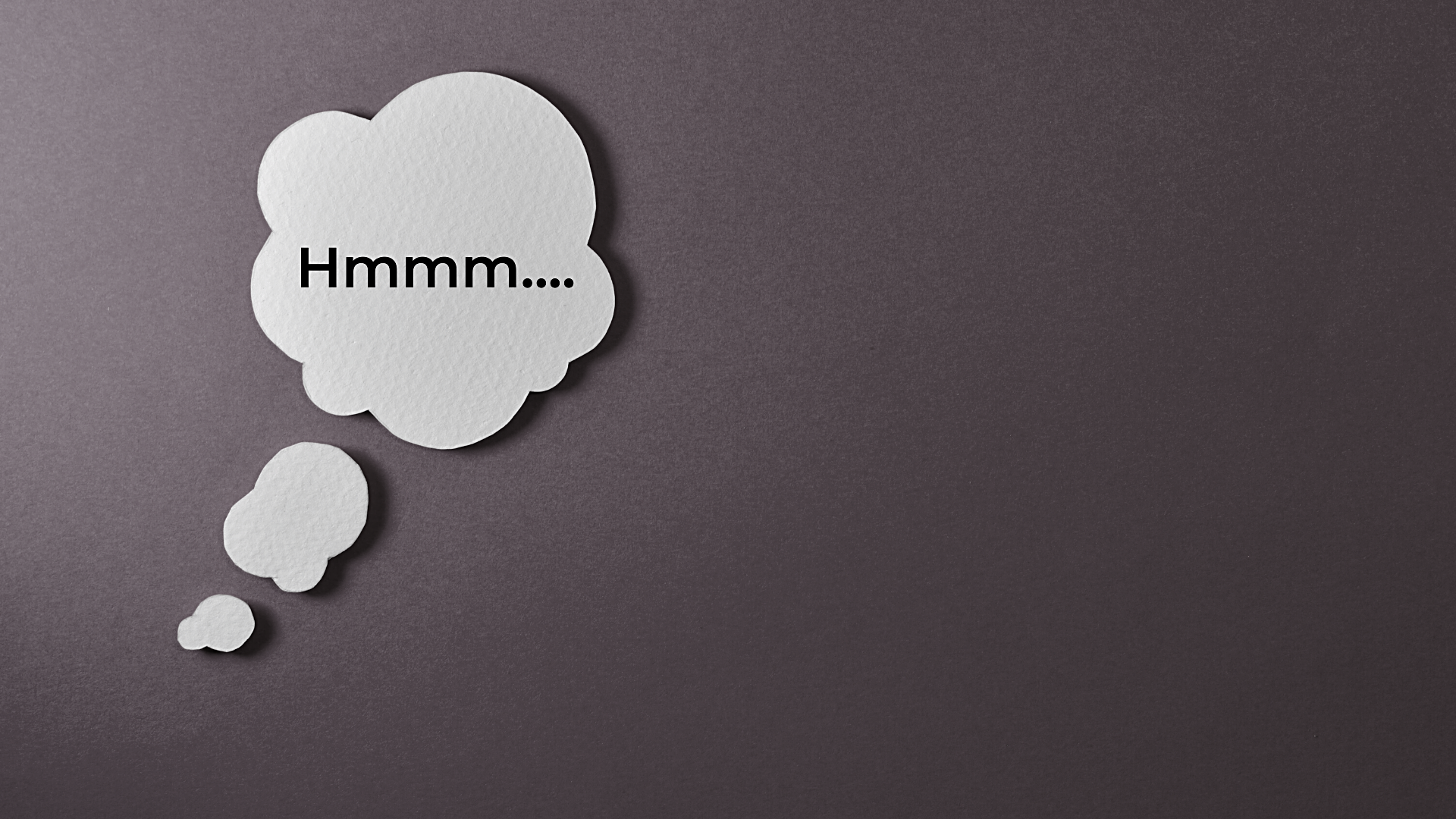 You can choose a different thought.

Because I mentioned earlier that negative thinking comes into your brain and we can’t really help it.

I’m going to show you a couple of ways to notice it without giving it too much meaning OR control over your life.

If we think of your brain like a house, okay and it’s got a front door and a back door.

And all the while, you’ve got thoughts coming in and out and we have 60,000 thoughts a day, approximately.

If you see a negative thought come in, you can consciously say, “Okay, I see you.”

And let it go out the back door. 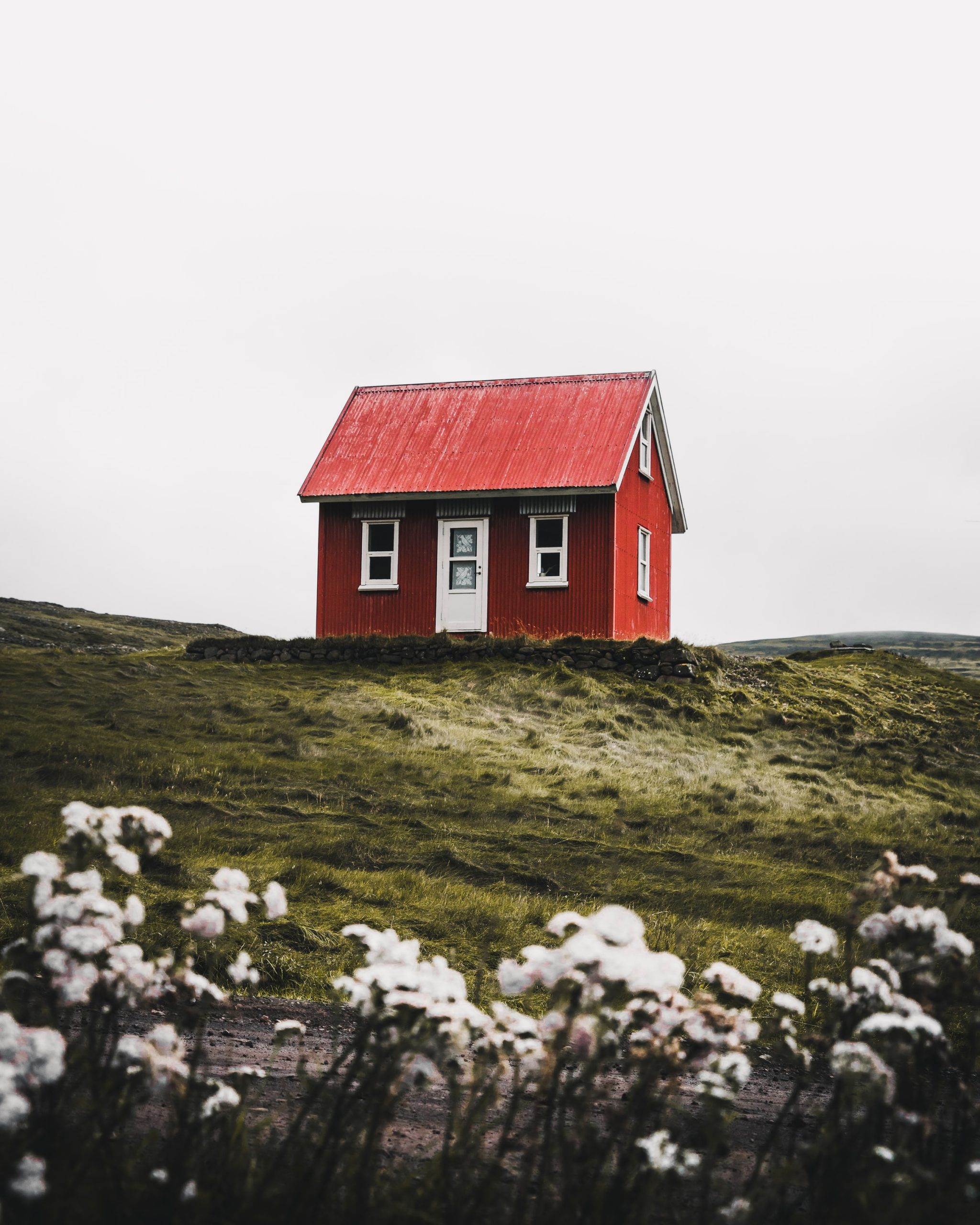 You can notice that thought and let it go out the back door.

Because it doesn’t have to stay with you as your self-concept for yourself.

That’s where you get in trouble.

There are some thoughts that are good, that are positive and you want to invite the positive ones into your house and invite them to sit down and stay for a coffee or something.

Then you can sit down with that thought and have it there and be like, “Yeah, that work that I did, I’m pretty awesome.”

The thoughts that I’m talking about are the sentences that you have in your brain and there are 60,000 of those sentences that’ll come in and out of your house every day. 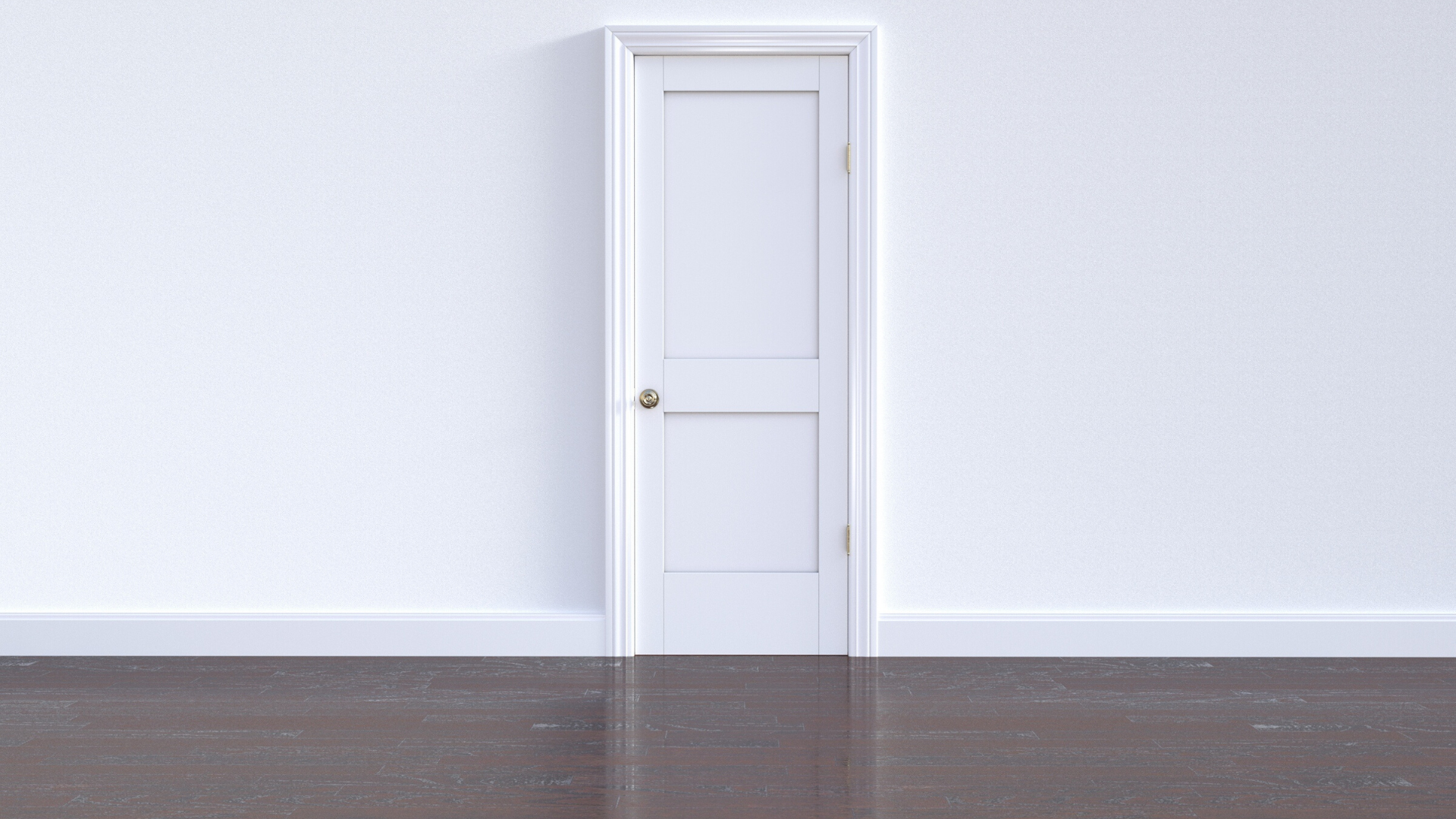 You’ll want to notice the ones that are negative and just let them go out the back door.

And the positive ones, you can let them stay.

But don’t take the negative ones and have a party with them because that’s going to make you feel bad. Okay?

You can just invite the negative ones to let themselves out the back door.

Everybody’s different, but we all have a human brain and our human brain is going to do that to us.

And we need to watch that because we can recondition our brain to shift into the positive more often.

If that’s what we are conscious of and focusing. 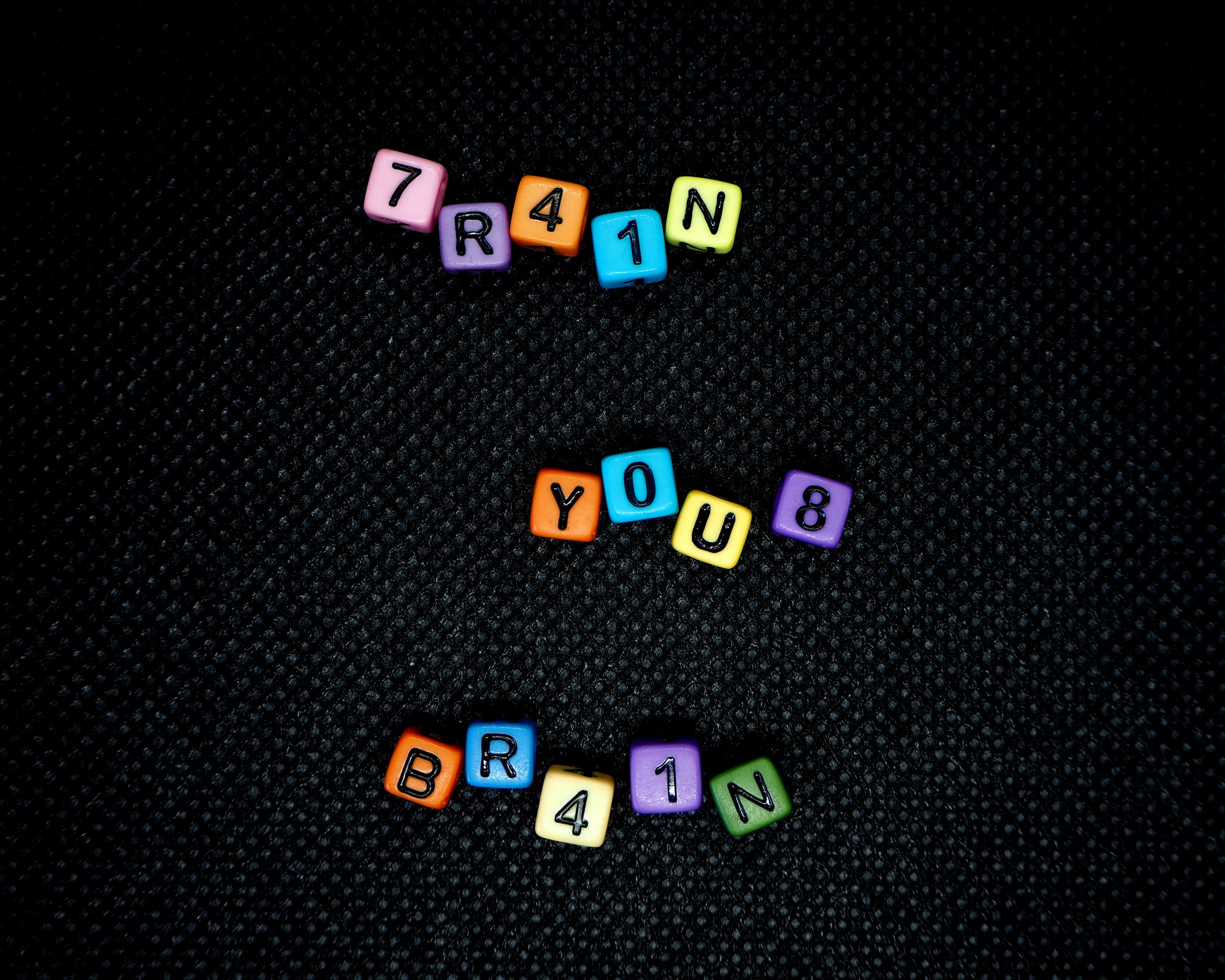 Another analogy, use your pretend like your brain is a house, again.

And it’s got several different rooms.

When you have a thought that’s negative, you might be in that negative room.

Say if you’re having a thought that’s self-doubt, you’re doubting yourself.

And you have many rooms in your brain. You have a confidence room. How I know that is you can get up and walk across the room.

You can confidently pour a glass of water.

There are lots of things you can confidently do.

Like pretty much everyone can do those things but you have lots of things that you can do that lots of other people can’t do.

You have a confidence room.

You have a self-doubt room and you have lots of other rooms in your brain.

If you find yourself say in one of the negative rooms and you’re experiencing some serious self-doubt, how would you, if you were to move yourself to another room very gently. 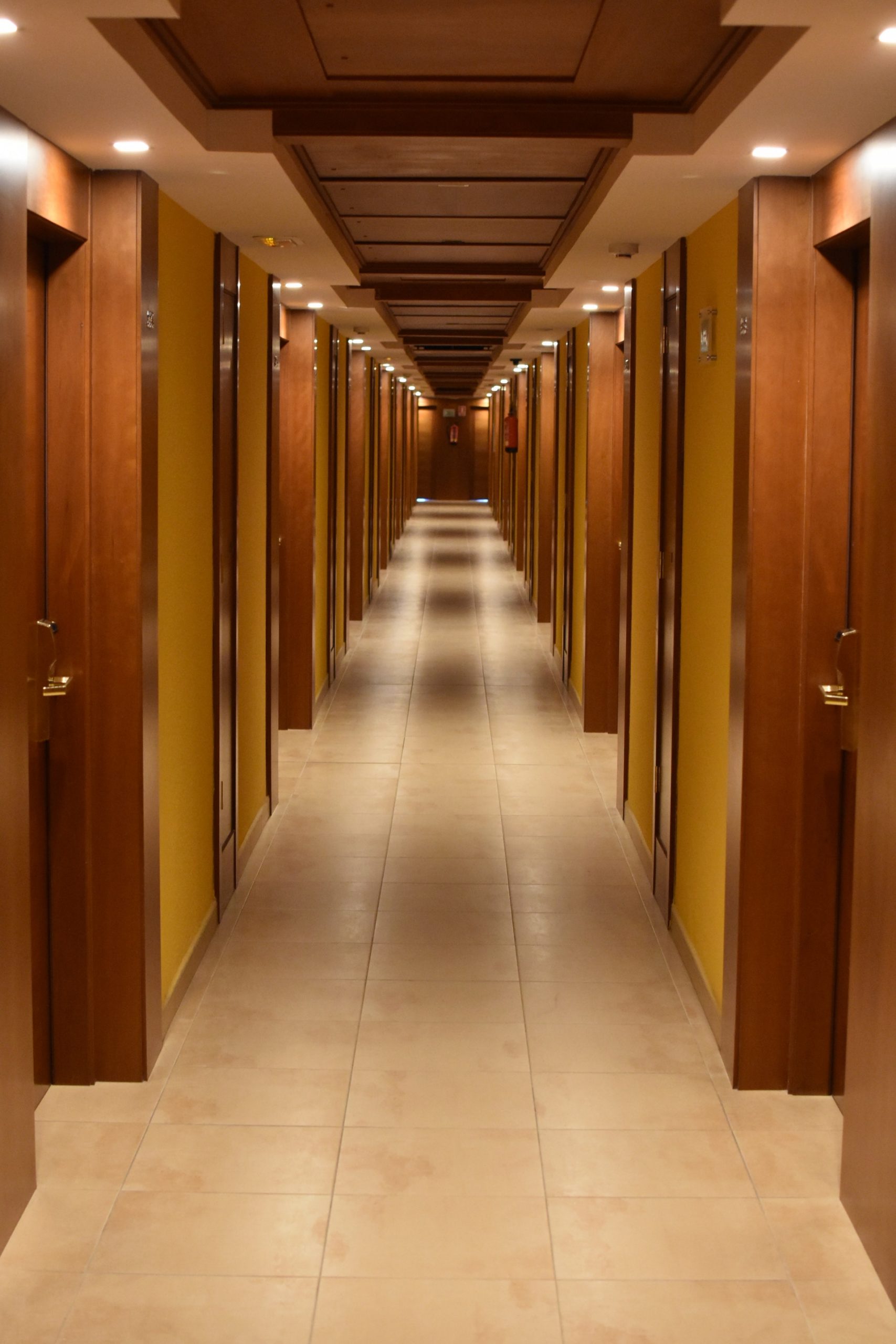 If you were experiencing some self-doubt, this is how you might do it.

If you were saying to yourself, “I could never do that. It would never be possible for me to get my dream job in that amount of time. Like I’ve been trying and I just can’t do it.”

And if that’s where you’re at, you’re in that self-doubt room and you want to notice that, ’cause that’s your negative thought spiral.

And then, you need to move out of it.

Some thoughts to help you gently move would be things like, “It is possible for me to get it because…”

And then start to look for evidence of other things that have occurred, things that have worked for you because when you’re in the negative room you’re not looking at anything that’s been working.

There have been things that have worked, even if they are the smallest things, even if you had an interview and you failed it, which means you got an interview in the first place.

You want to gently move yourself to see how could it be possible that you could do it.

And then start asking yourself those questions and move to what has been working for you. 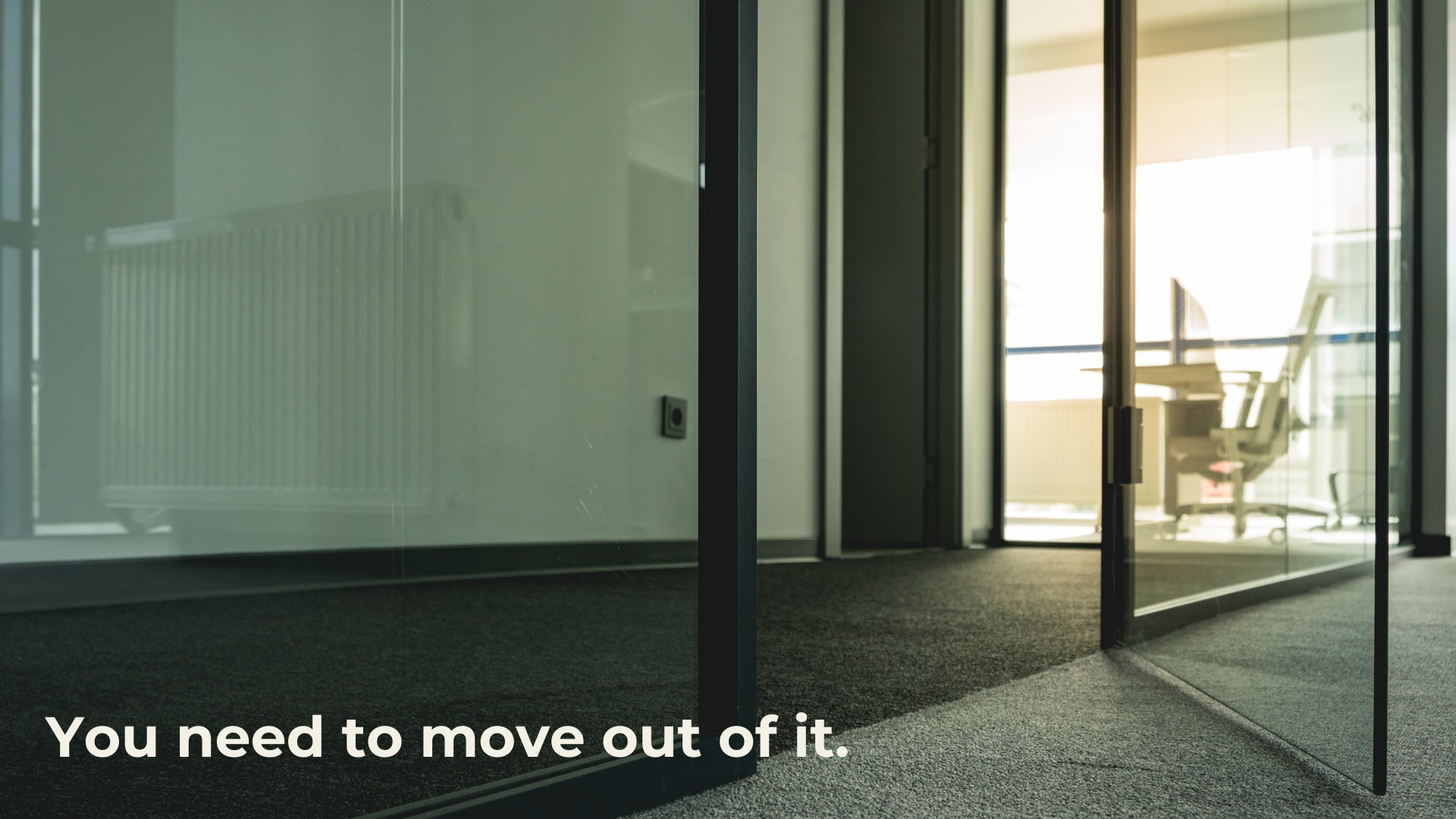 What you do have going for you and what is possible for you because staying in the self-doubt room, we know isn’t going to lead you to your goal.

You’re kinda hanging out in that self-doubt room, and you’re not going to want to leave because you know that if you leave, you might have to be uncomfortable, go on another interview where you might fail.

I have a post on failure tolerance and how to deal with failure.

And that’s all part of the process.

Again, the negative thoughts are normal.

And we all have them.

And it’s just not something that as humans, we get to get out of. 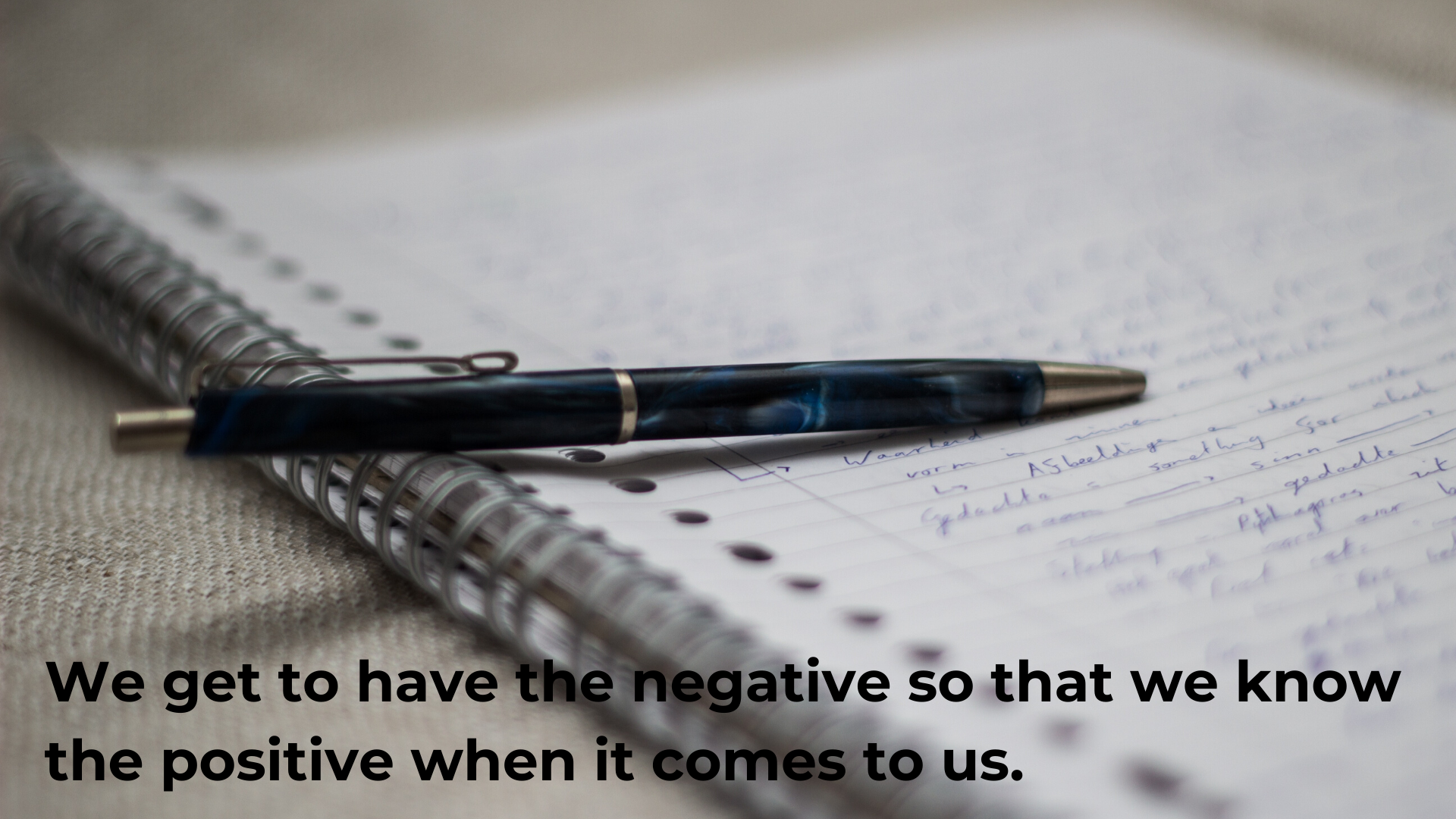 And then the fourth thing is to practice.

You want to practice moving from those negative places into positive places.

And positive doesn’t necessarily mean going right from I’m never going to be able to do it to I’m doing it, I can do it, no problem.

Because your brain is probably going to reject that.

Your brain is smart and it’ll say, “No, no, no. You haven’t done it before. It’s not going to work.”

You got to go to a place where your brain can get on board with, which a lot of the times can be something like “It’s possible for me to do it because…”

And then you can start to look for evidence that shows you that it is possible and that you just haven’t taken the action.

You haven’t had the right thoughts to get to it.

That’s not true my friend.

You haven’t done everything OR you would’ve gotten your result by now.

I was that person who kept saying that.

There is the answer.

You just haven’t found it yet and that’s okay.

You will get there. 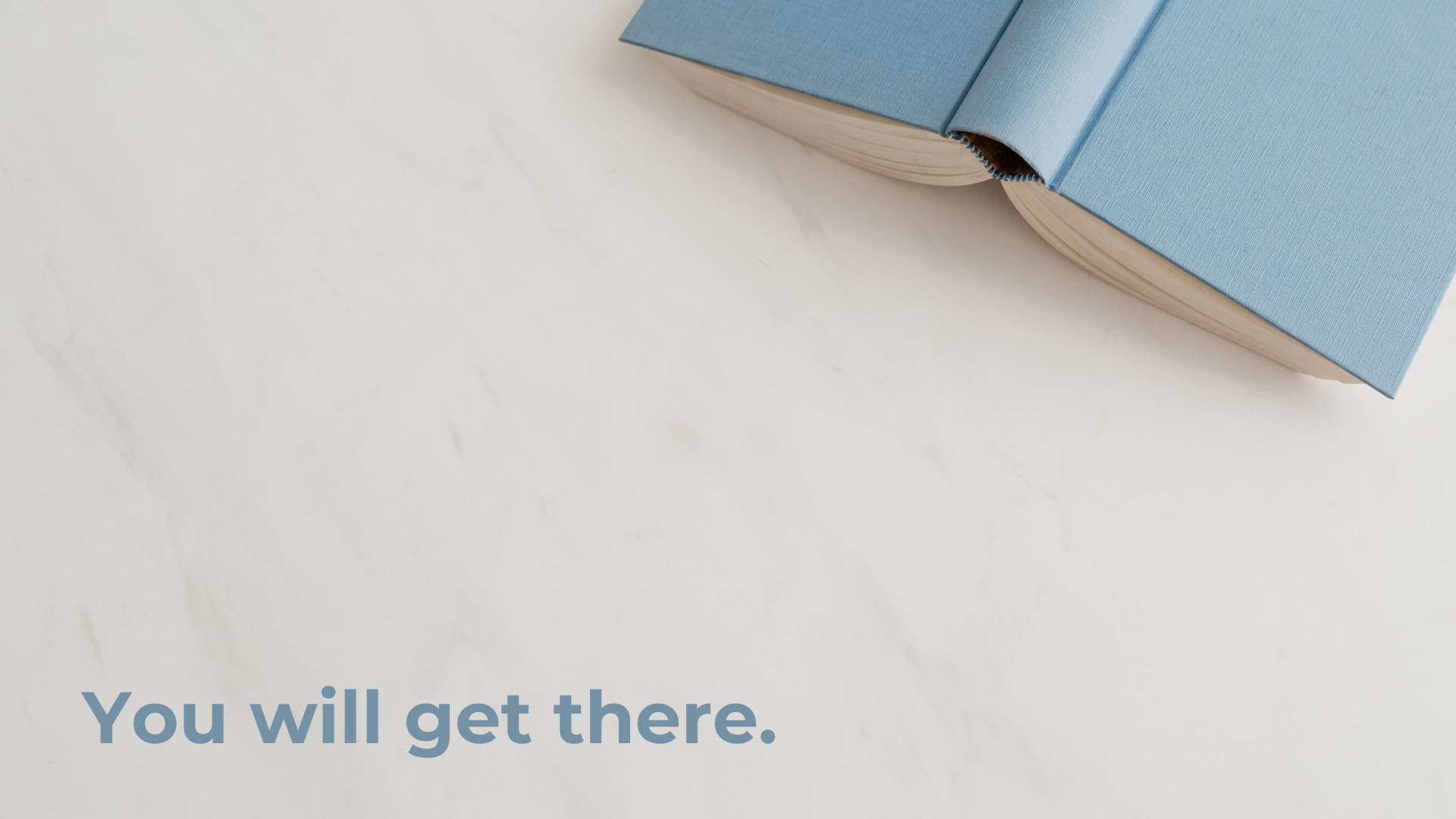 The first thing is: To understand that negative thoughts come and go and that’s okay.

Don’t try to eliminate all of them because you won’t be able to.

And then you’ll just feel bad for feeling bad.

And that just compounds on itself and it doesn’t help.

Then, the second thing: You want to be aware of your thoughts.

When you have a negative thought come up in your brain, recognize it for what it is.

It’s just a thought, it’s just a sentence in your brain.

It doesn’t mean anything about you, okay?

The third thing: You want to redirect yourself to another room in your brain, to another option.

You can redirect yourself to an equally believable thought that is true for you but isn’t negative.

And then fourth thing: Practice doing this. 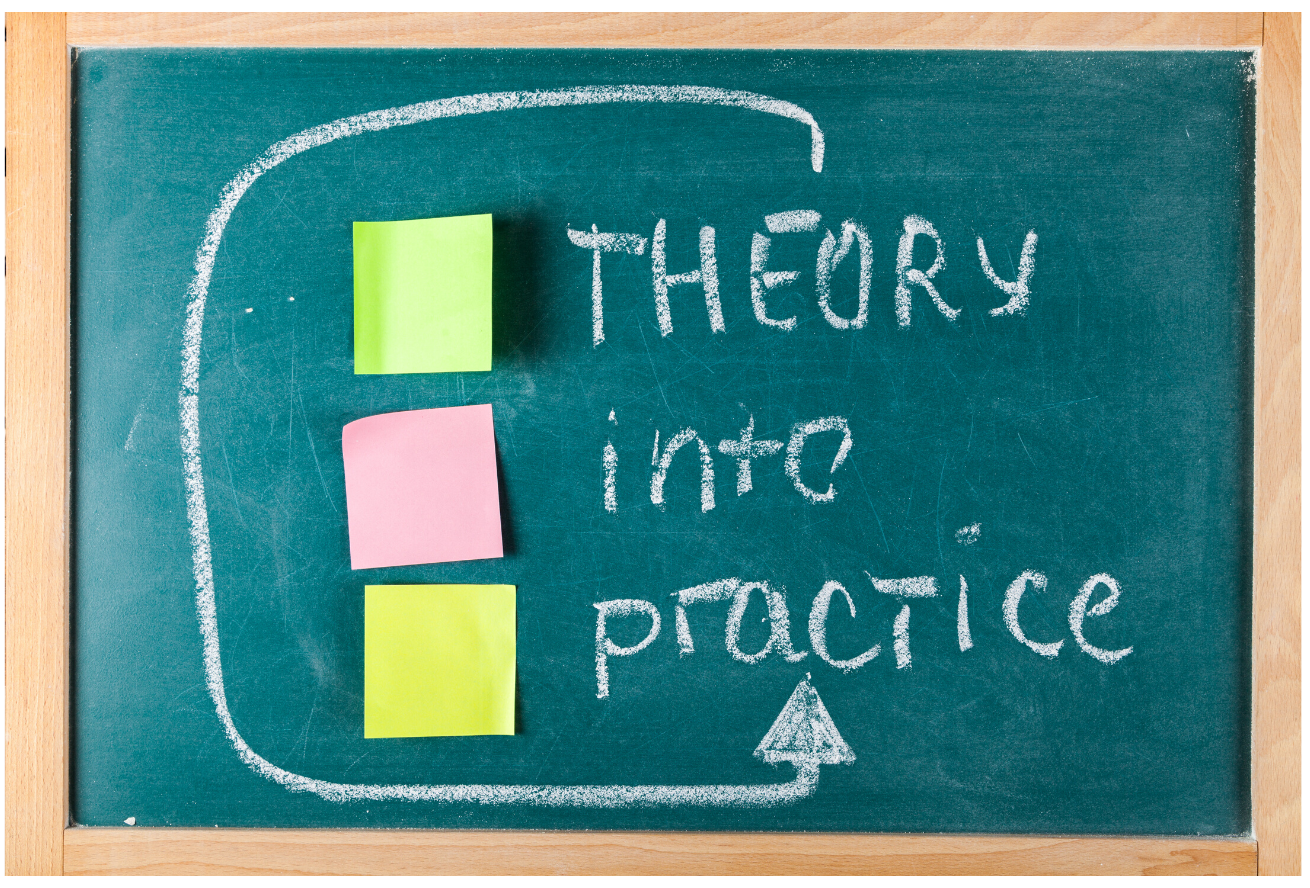 If you’d like my help, I have free training and you can sign up for that below.

It’s called Get a Better Job in 30 Days, your dream job and it’s possible for you.

Check out the link below to get that workshop.

I also give away the exact resume and cover letter that accomplishes the exact result and I have lots of clients who have achieved this.

And I have a few recently in the pandemic who have achieved this.

And it’s possible for you too, you just haven’t figured it out yet and that’s okay.

It just depends on how committed you are, how badly you want to do it, and how badly you are willing to be open to new ideas to figure it out.

If you don’t know me, my name is Natalie Fisher.

I’m a career, mindset coach and I help you to get your dream job and od the impossible in 30 days. 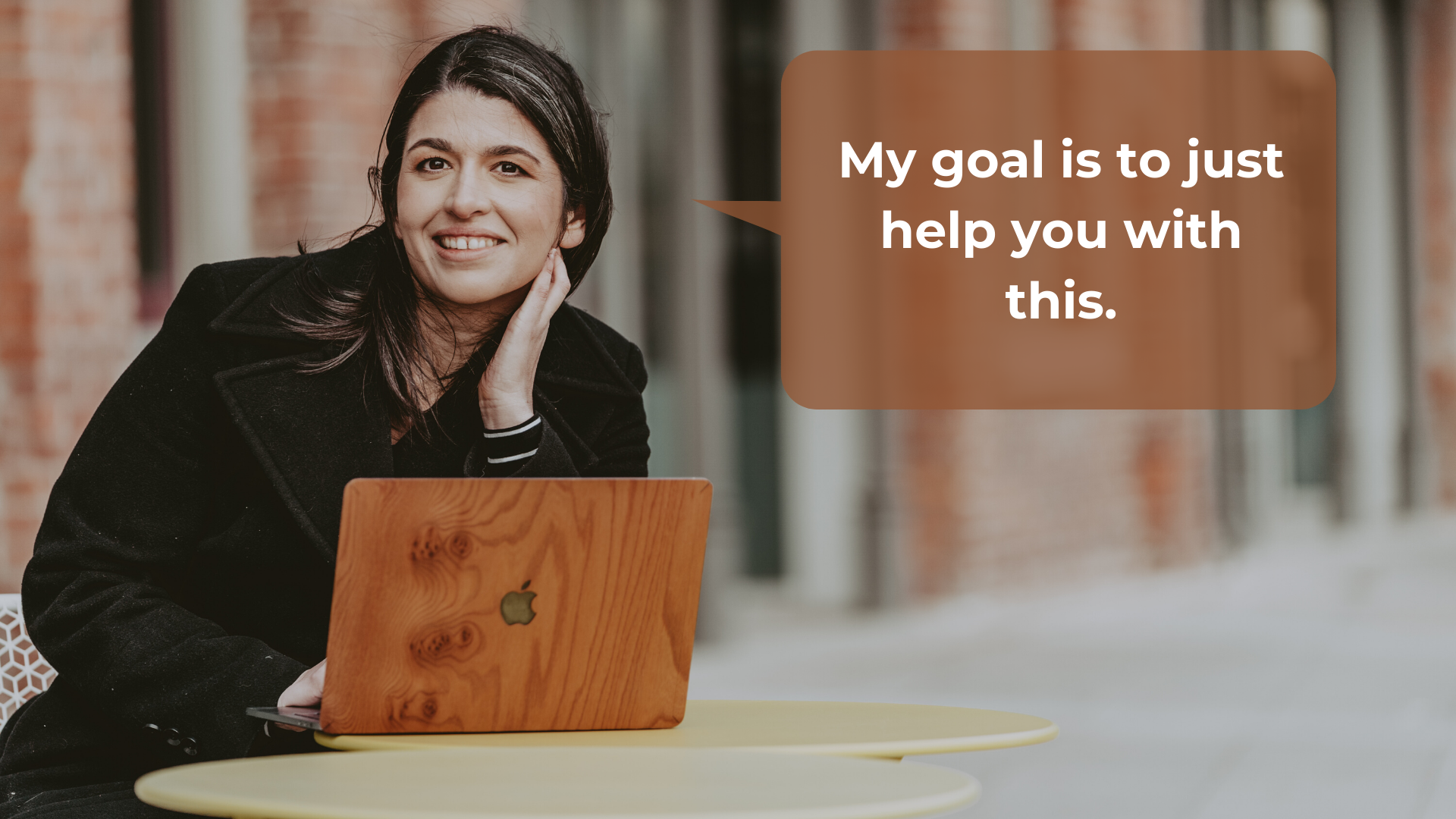