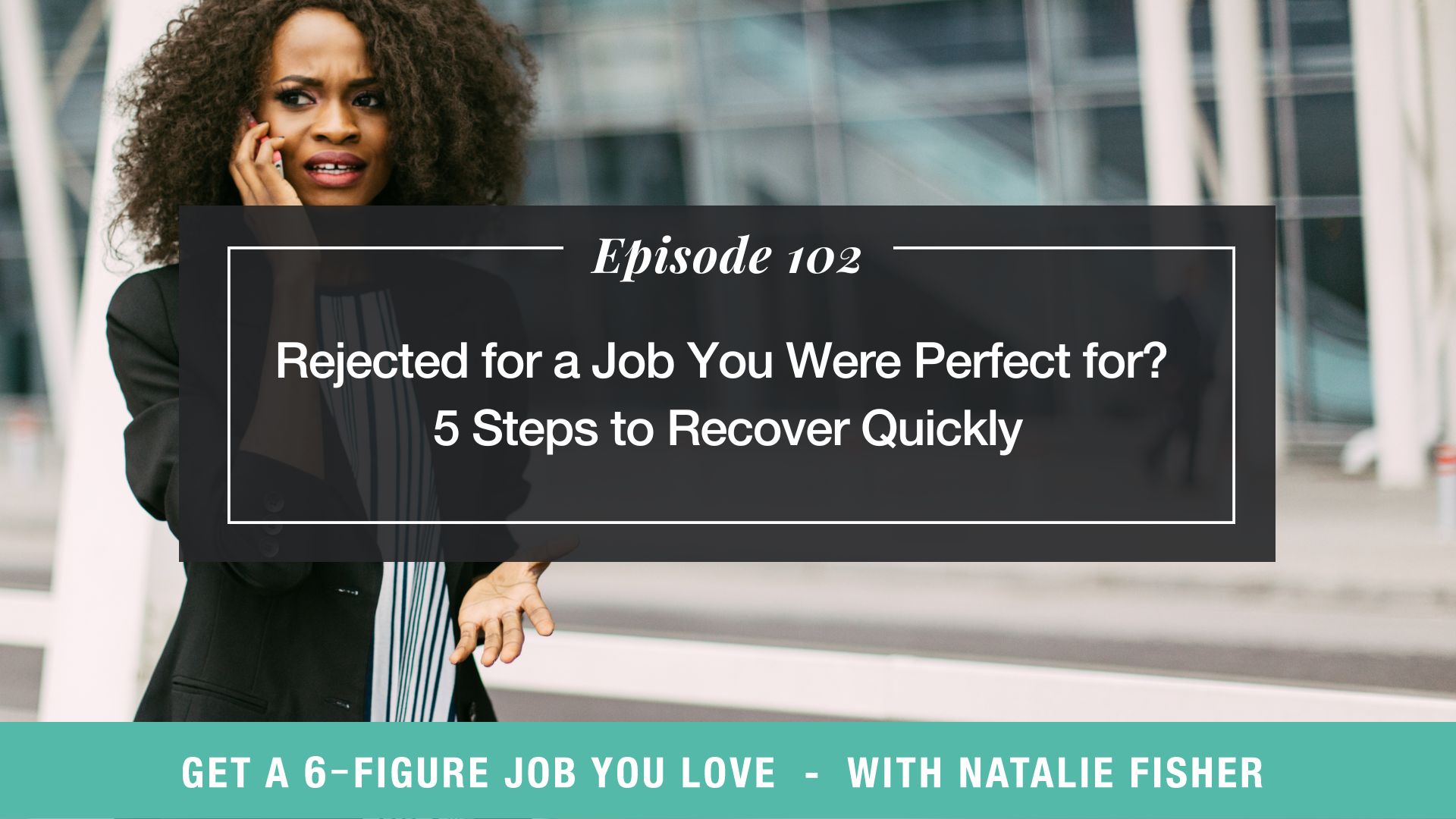 Have you ever been rejected for a role that you truly believed you were absolutely perfect for? Yeah, we’ve all been there. There are so many reasons why this might happen, but instead of getting hung up on why this happened, I’m giving you five steps to bounce back and recover quickly.

This episode is actually based on one of my most popular YouTube videos, but I thought I’d bring it to the podcast to help spread the message. If you’ve ever felt the pain and disappointment of missing out on what you thought was an incredible opportunity for you and your potential employer, this episode is just what you need.

Tune in this week to discover how to recover quickly when you’ve been rejected for an employment opportunity you thought you were perfect for. I’m sharing why this rejection means you were never a perfect match in the first place, the problem with trying to control the situation, and how to accept the situation and learn from it for the future.