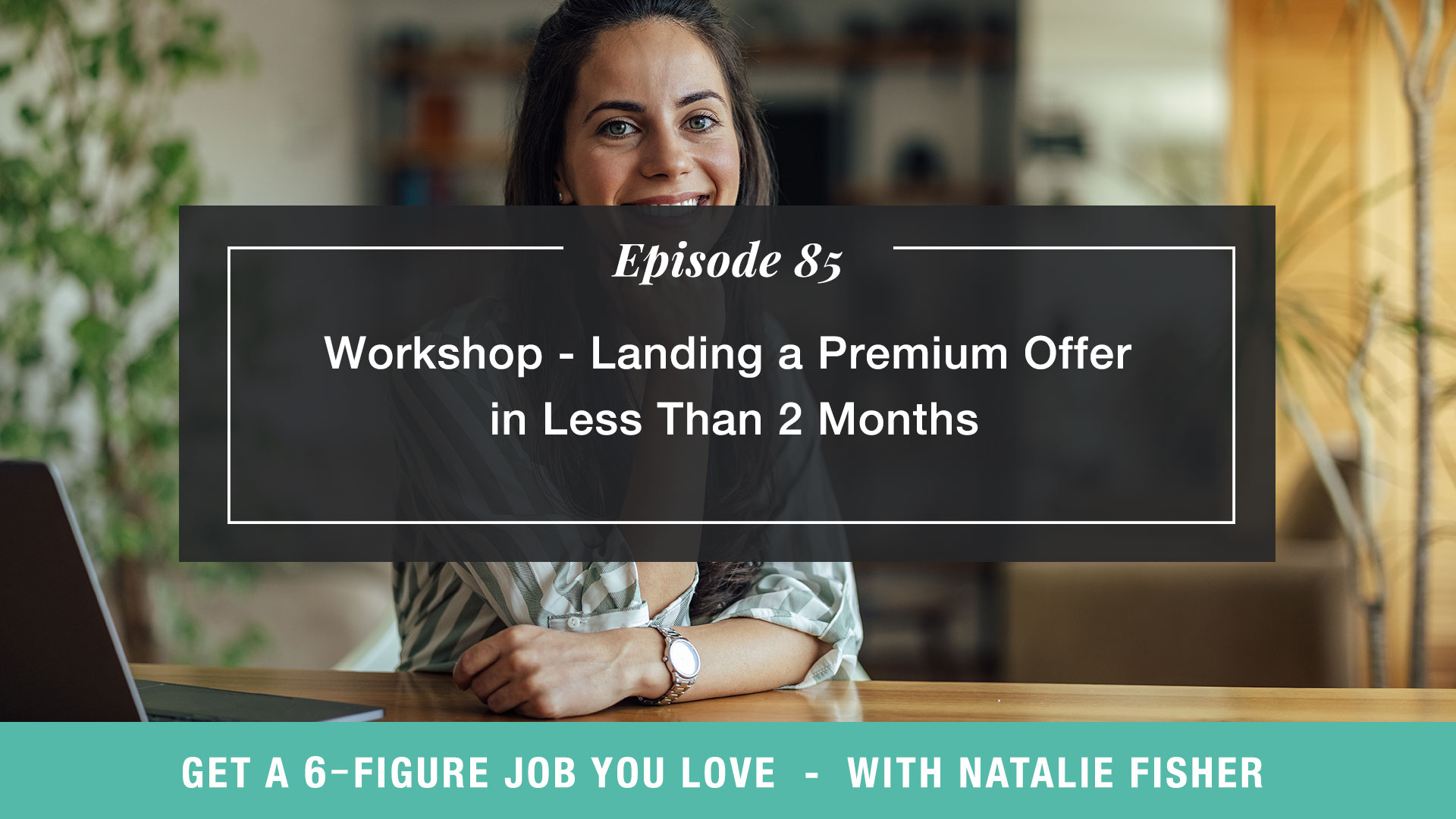 Do you know you have a lot to offer a company but struggle to articulate it during the interview? Are you sure that you are capable of doing the job and delivering, but unable to communicate it in a way that others will understand? If this sounds familiar, I’m here to help.

In this episode, I’m replaying a very special workshop I delivered recently for my email list where I walk you through exactly what it entails to land a premium offer in less than 2 months. You’ll hear examples of how my clients have done this, what you need to do to land your premium offer, and so much more.

You get to decide what a premium offer looks like to you, and I’m sharing the five-step framework to help you land the six-figure position you want. Find out the fastest way to land premium job offers that are a perfect fit for you, and three behaviors to avoid when interviewing for your premium role.