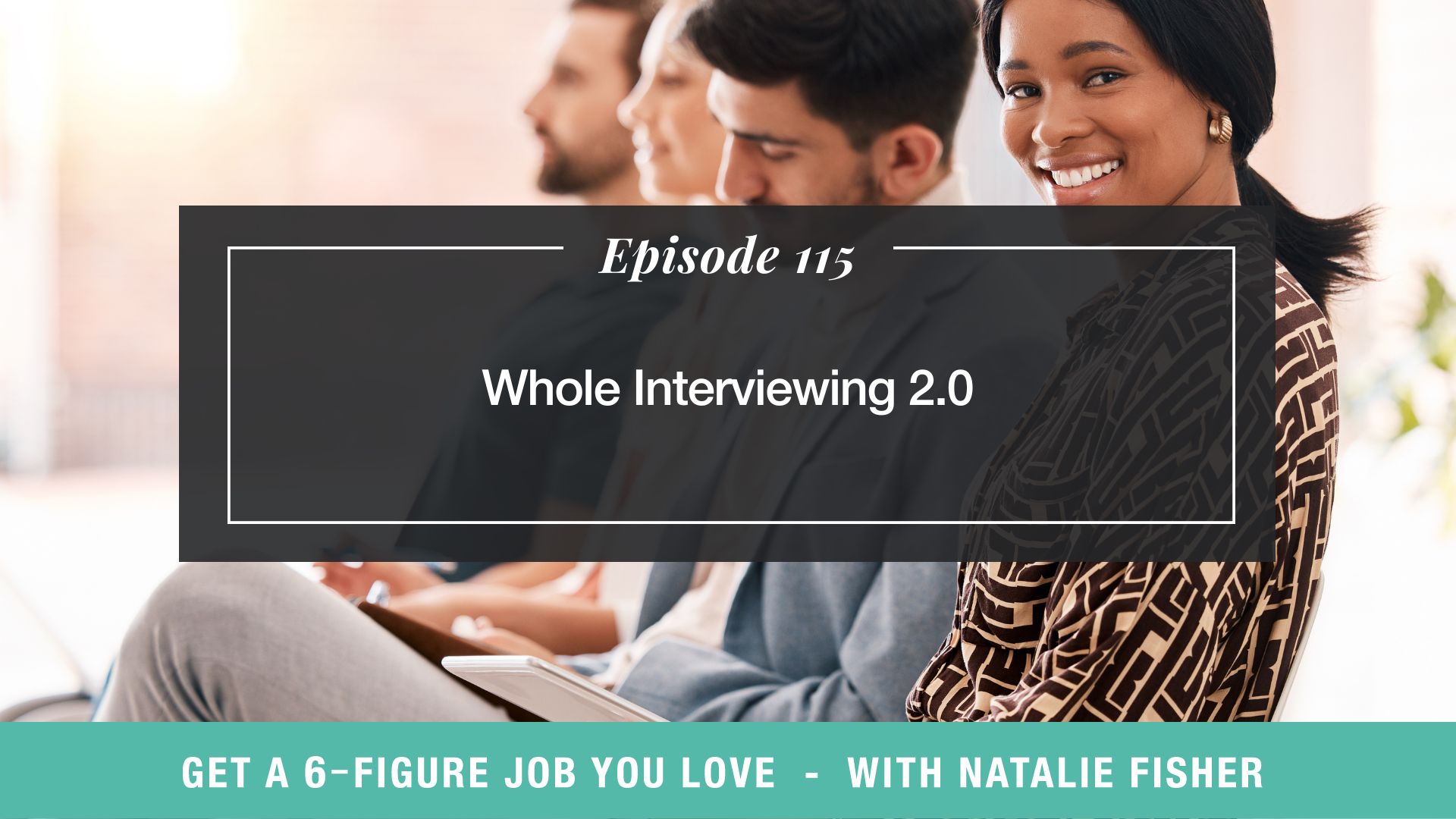 Today’s episode is the second installment of my four-day training, and it’s actually a topic we’ve discussed on the podcast before: Whole Interviewing. However, it’s been a minute since I last taught this concept, the way I present it has changed, and the feedback from the people on the live call brings a new angle altogether.

While interviewing, so many people overprepare, stress about not knowing every single answer to every possible question, and the hiring manager never gets to really see the person behind all of this nervousness. If this sounds like a familiar experience, this episode is exactly what you need to hear.

Tune in this week to discover a way of interviewing that feels lighter and allows you to enjoy being yourself, so you can have a new experience of the interviewing process. I’m sharing how your current approach to preparing for interviews is holding you back, and why getting rejected is totally fine, as long as you showed up as your whole self.