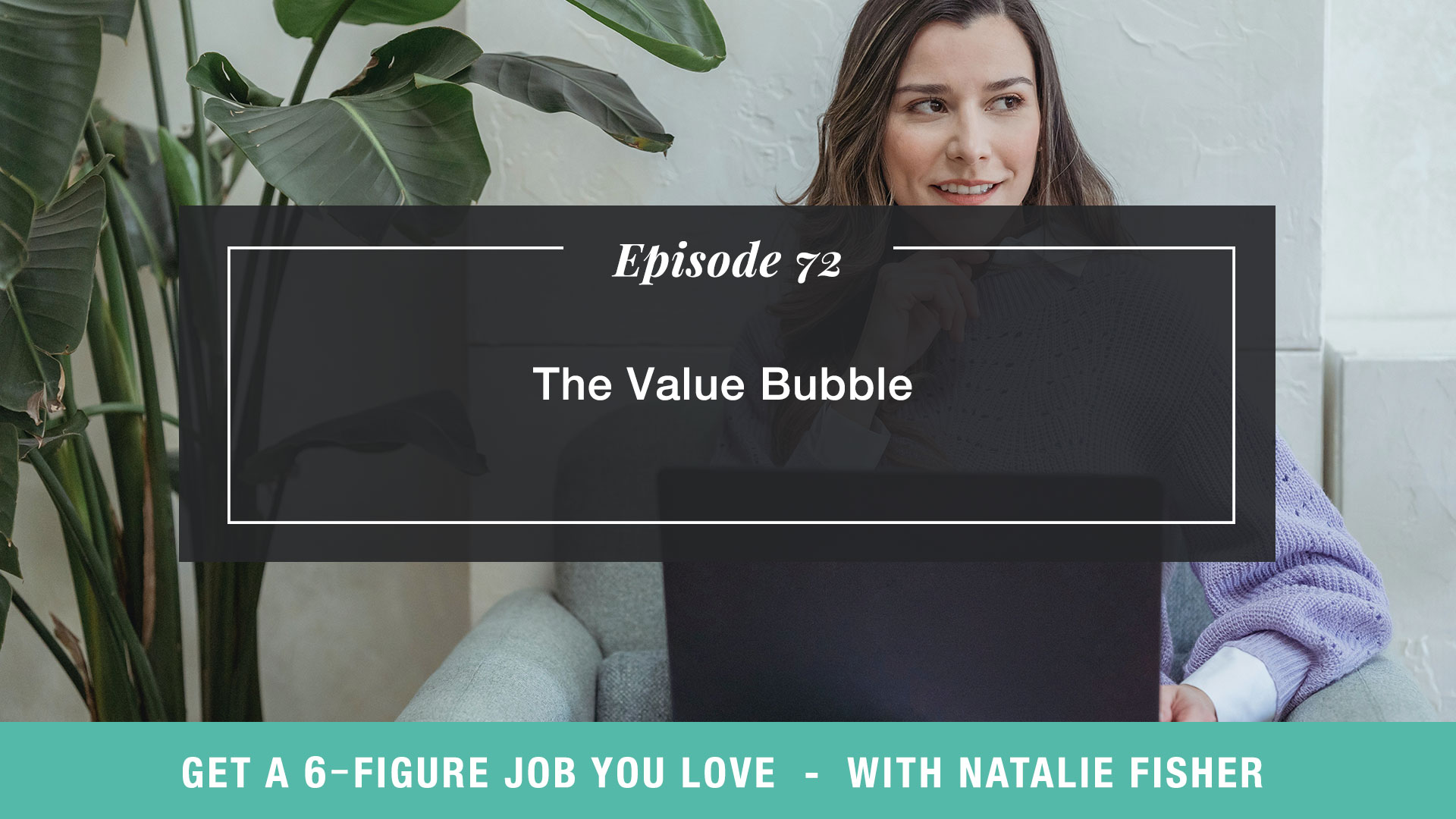 So often, when we head into interviews, our energy is pretty unplanned. We respond to whoever is in the room and we let them lead with their energy, and we don’t embody the energy of value. But this can leave us feeling unsold on ourselves and unsure where to go next.

In an interview situation, there is always the chance that someone is going to ask you something you don’t have an answer to or ask you for experience in something you haven’t done. But you are the only person who gets to decide your value, and you can stand up for it every step of the way.

In this episode, I’m discussing the concept of the value bubble and sharing a few things that keep you further away from yours. Discover what can happen when you understand your value and get into your value bubble and how to use this concept to make a commitment to yourself that nobody can ever tell you that you’re not valuable.