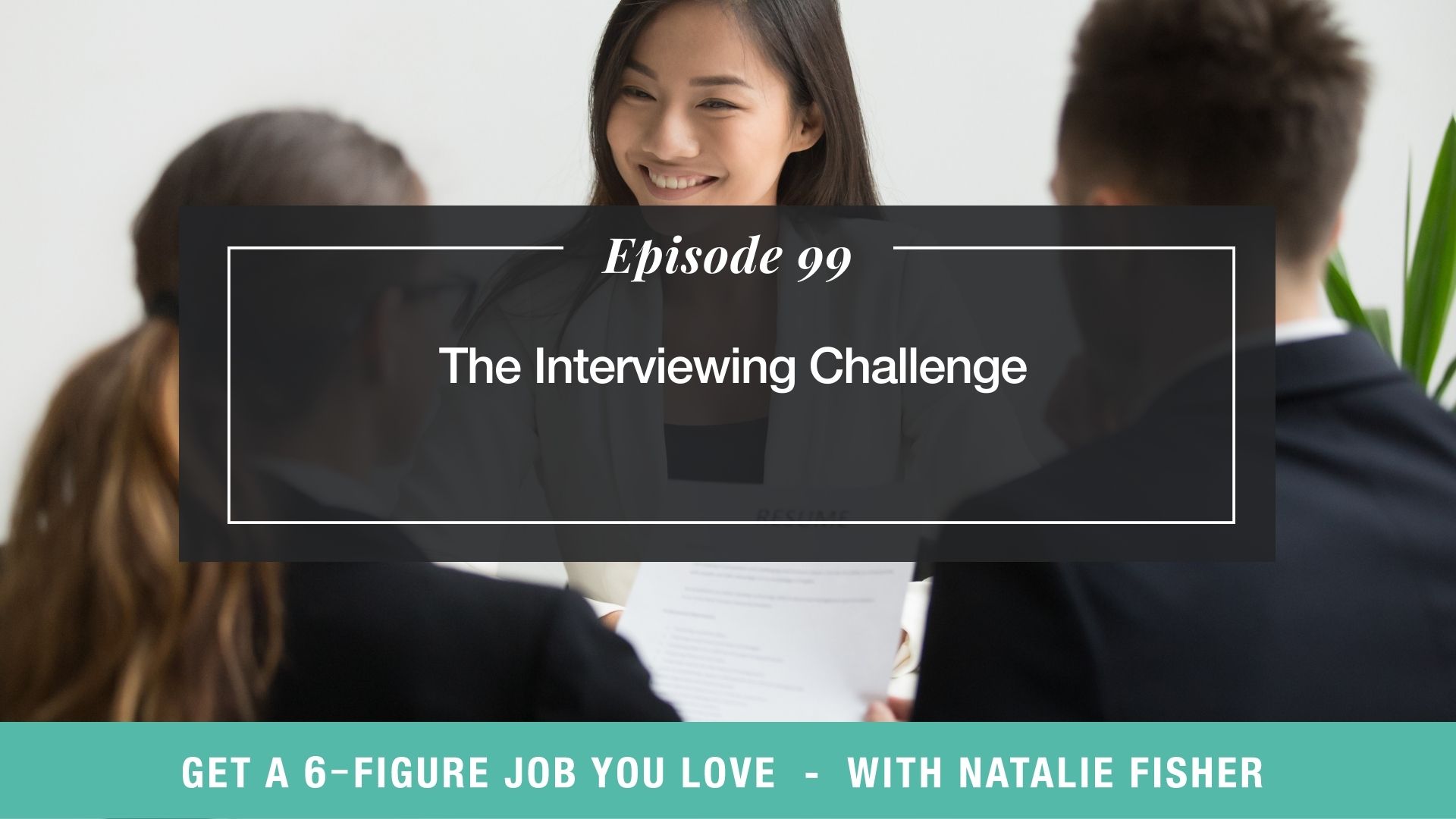 When people come to me and they’re going to interviews but they’re not getting offers, the biggest problem they have is that, generally, they’re showing up believing interviews are one of those situations where someone else is grading them. They think this other person is deciding their fate, which isn’t exactly an empowering way of thinking.

We give all of this power away, so the only measure of success in the interview becomes how the other person responds to us. When this happens repeatedly, we lose sight of who we really want to show up as. But when you can create your own standards for success, everything changes.

Tune in this week to discover how to create true confidence in yourself and your abilities, so you can show up in interviews knowing what you offer, and why you are the perfect person for the job. I’m sharing a challenge we do inside my program, so you can get clear on the value you offer, why you want the job, and how to show up and show your value in the interview.