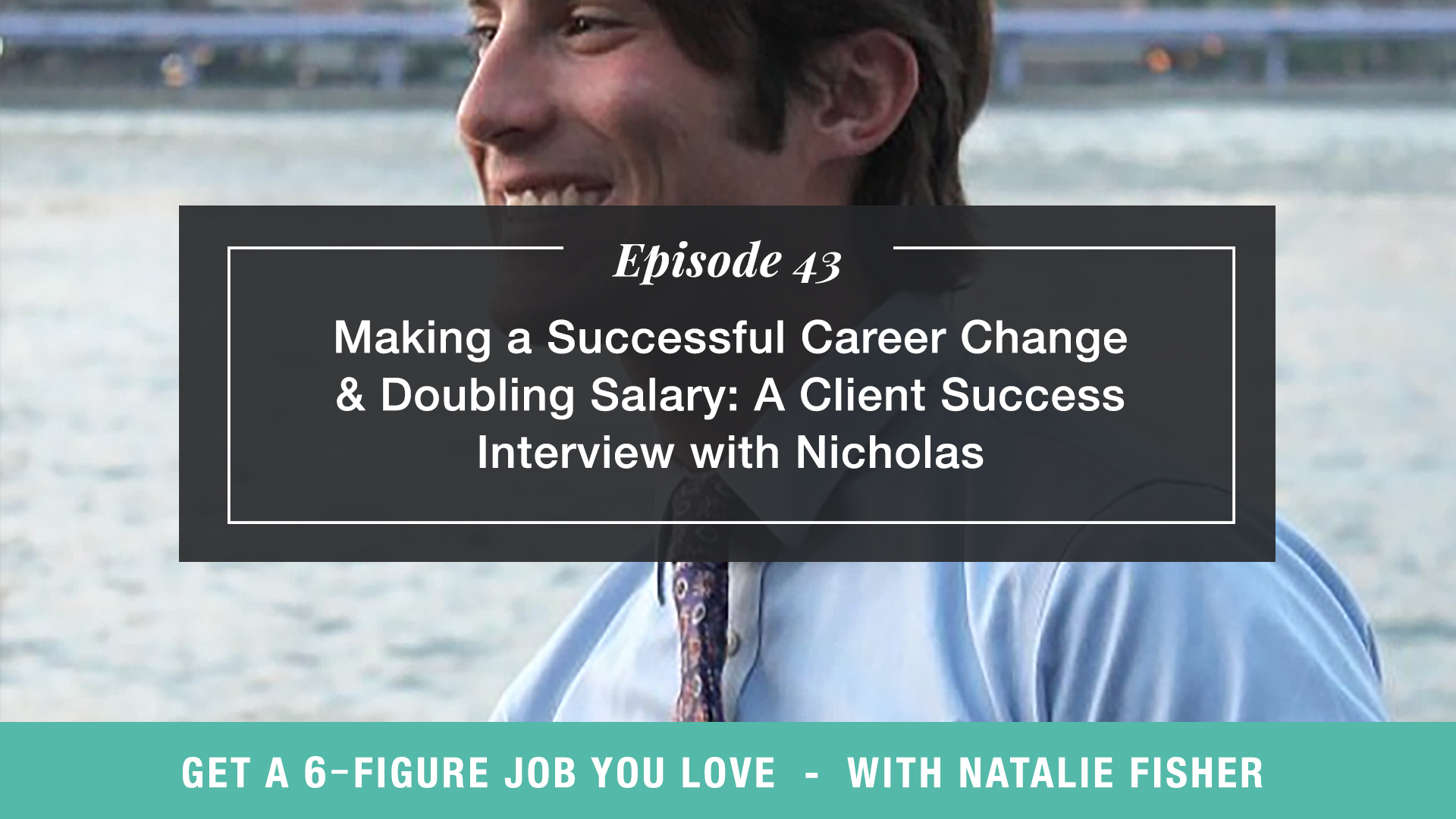 So many people find themselves in a job that they are no longer suited to, but they stick around for stability or because they have no idea what else they want to do. This fear of the unknown can lead to feeling stuck and can hold people back from their true potential. But it doesn’t have to be this way.

My guest this week has been able to achieve something that a lot of people would consider impossible. After 8 years in the same role, Nicholas worked up the courage to step into the unknown, made a successful career change, and almost doubled his salary. He’s here this week to share his experience of how working with me led him to get unstuck and land his dream job.

Join us this week and hear why it’s so important to be willing to get it wrong sometimes, how to get past the fear of the unknown, and how to trust yourself to figure things out. Embracing uncertainty and the ups and downs is crucial to success, and Nicholas shares how doing this enabled him to assess his limiting beliefs as well as some advice for anybody who feels stuck or frustrated in their current role.