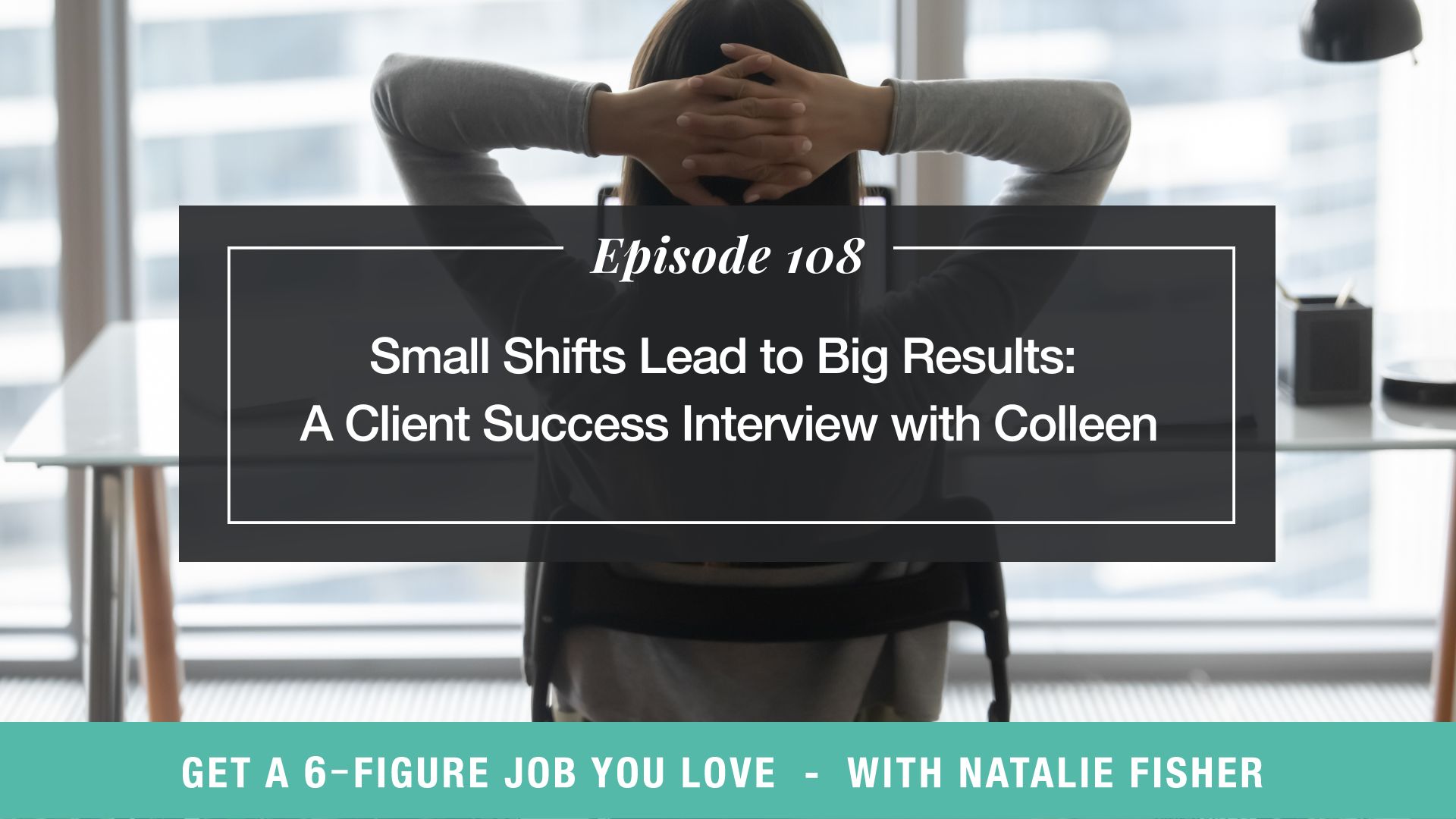 This week, I’m introducing you to one of my amazing clients: Colleen. Colleen is currently a User Experience Designer. Having been a teacher for many years prior, she decided she wanted to make a change. But while she knew teaching wasn’t for her and she wanted more, she wasn’t sure how to make it happen.

She thought about going back to college and retraining, but she eventually retrained in EX Design by taking an online bootcamp. Then it came time to find an opportunity in her new industry, and she experienced rejection in her first interview. That’s when she found me. Since then, we’ve been making small shifts, and they’ve led to big results.

Tune in this week to hear about everything Colleen has been through since she came to me for help in her career. Colleen is sharing how she tried to do all of the hard work on her own, the shifts she was able to make once she started getting an outside perspective, and how she sealed the deal on her first offer in her new industry.