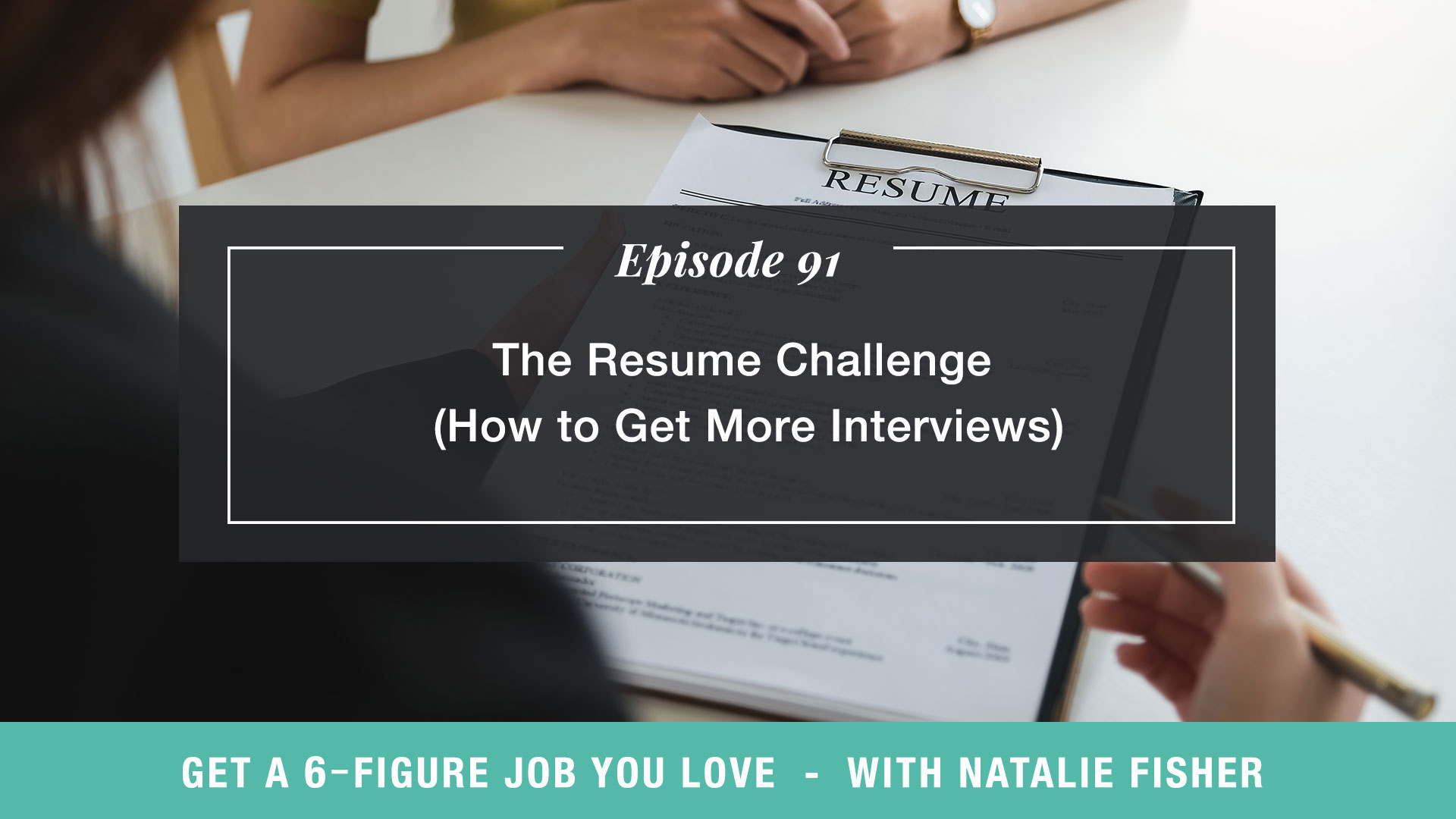 I have looked at thousands of resumes, so I get asked fairly often by people to review theirs. But when you can analyze your own resume instead of relying on somebody else, you will open so many more doors for yourself. So this week, I’m empowering you to work on your resume, so you never need to ask somebody to review it again.

Your resume goes far beyond what is written on the paper. But in this episode, I’m sharing a challenge that will help you approve of your own resume and develop a grasp of whether it is strong or not, and use it to uplevel the opportunities available to you.

Listen in this week as I’m breaking down something you can do to grade yourself on your own resume, sharing the biggest issue I see in resumes and showing you how to use the Resume Challenge to get more interviews. Discover an empowering way to ask for help with your resume, and some of the actions that do and don’t get you hired.