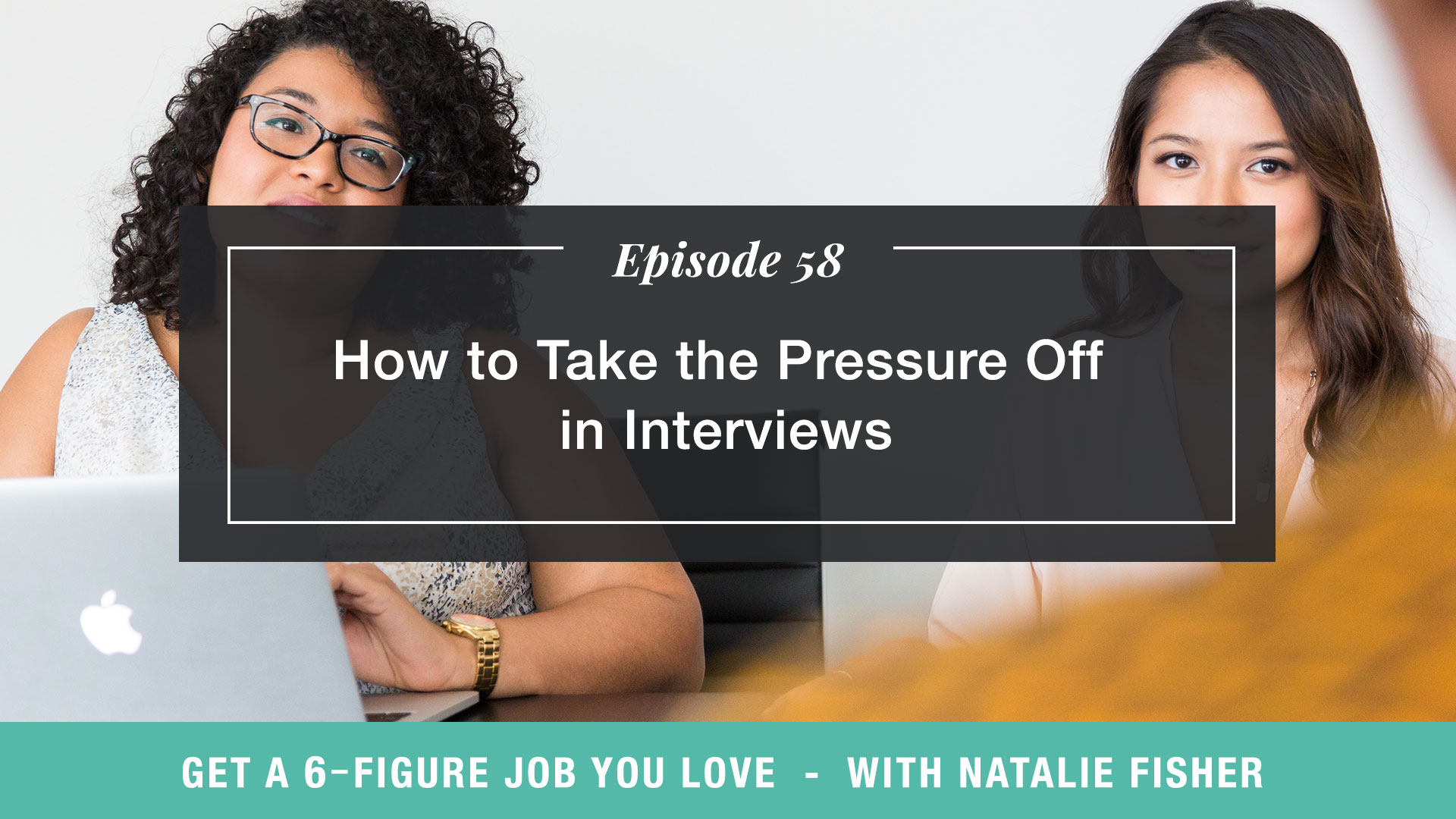 Do you ever feel like interviews are something to fear or avoid? Do they feel like pressure and something you really don’t want to do? If so, today’s episode might be just what you need to start thinking about them differently.

Often in interviews, we are so afraid of being there and we put ourselves under so much pressure that we have limiting thoughts that prevent us from experiencing the chance to have fun. But it is possible to have fun in the interview, and it can actually help you land the job.

In this episode, I’m showing you how to take the pressure off yourself and start having fun in the interview. There are unlimited ways to bring fun to interviews and I want you to be open to what I’m sharing this week, because hearing this new perspective can help you start viewing them differently and land your dream job.

If you would like support securing your next 6-figure offer, then my 6-Figure Career Curriculum Mastermind was designed for you. It gives you everything you need to secure a 6-figure offer or multiple offers, succeed in the role, and set yourself up for your long-term career plan. Click here to access the workshop where I break down everything I take my clients through and how it can be applied specifically to you, or if you want to see if it’s a good fit for you, schedule a call with me, and let’s talk. I’ll see you over there!