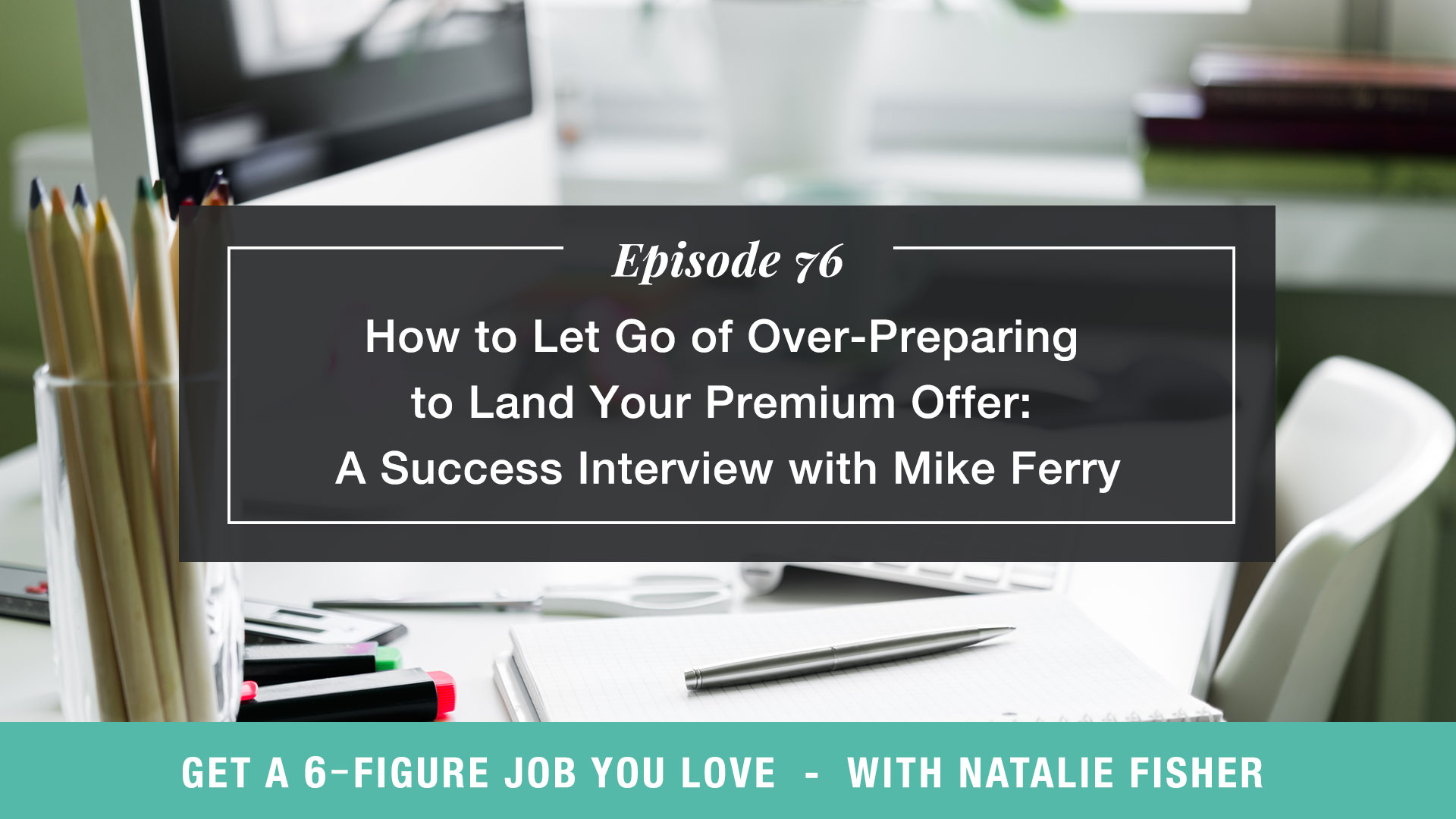 When it comes to landing a premium job offer, you have to trust in the process and have the belief in yourself that things will work out. If you don’t feel worthy and deserving, it will take longer to come to you. Today’s guest joins me to share his experience of this.

Mike Ferry was continually over-preparing for interviews, and always trying to be the person he knew they wanted him to be rather than himself. He was in the job search for 18 months and as he noticed his self-esteem and worthiness decreasing, he knew he needed to make a change. He began working with me and landed a job a little over a month later. The best part? He didn’t even have to negotiate the salary.

Join us this week to hear why it all comes down to mindset and belief in yourself when it comes to landing the job. Mike shares his experience of believing a new thing about himself that he never thought possible, the main shift he made in his mindset and his advice to anybody in the same position as he was in.