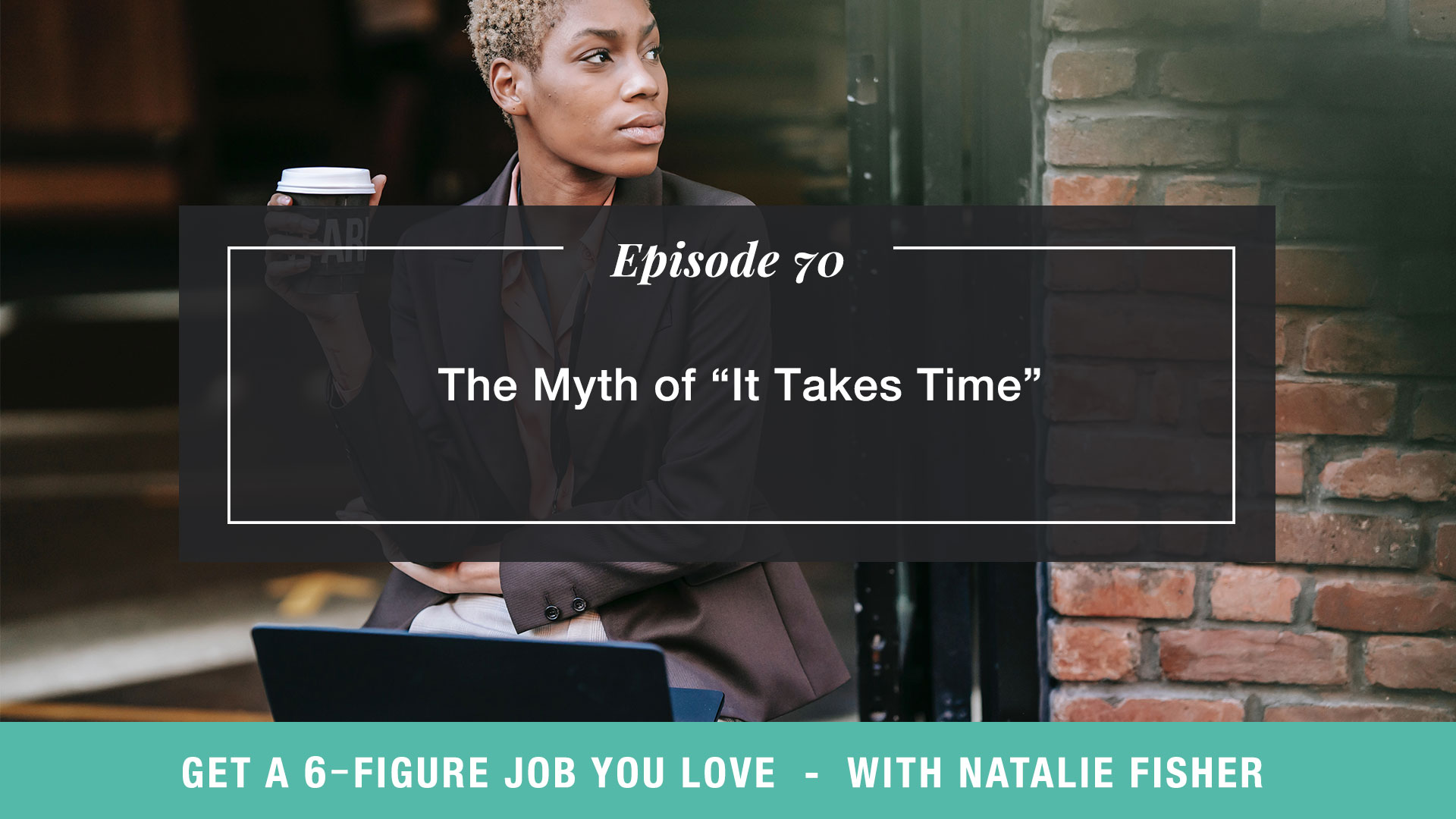 Something that comes up a lot in the world of job searching, switching careers, and getting a promotion is that “it takes time.” But this is not fact, it is a limiting belief that a lot of people hold, and if we believe that it takes time, we’ll create evidence to support that belief.

You can control the speed at which you land your next opportunity or raise, it’s a matter of what you can get on board with believing versus what you have been believing up to now. When it really comes down to it, it can happen as quickly as you want it to, you just need to start entertaining a new line of thinking that it does not have to take time.

In this episode, I’m showing you how to change the way you think about your job search and start believing that it does not have to take time for you to land your dream job. I’m sharing what it really takes to land your dream job and why there is always a way of thinking that will get you there faster.