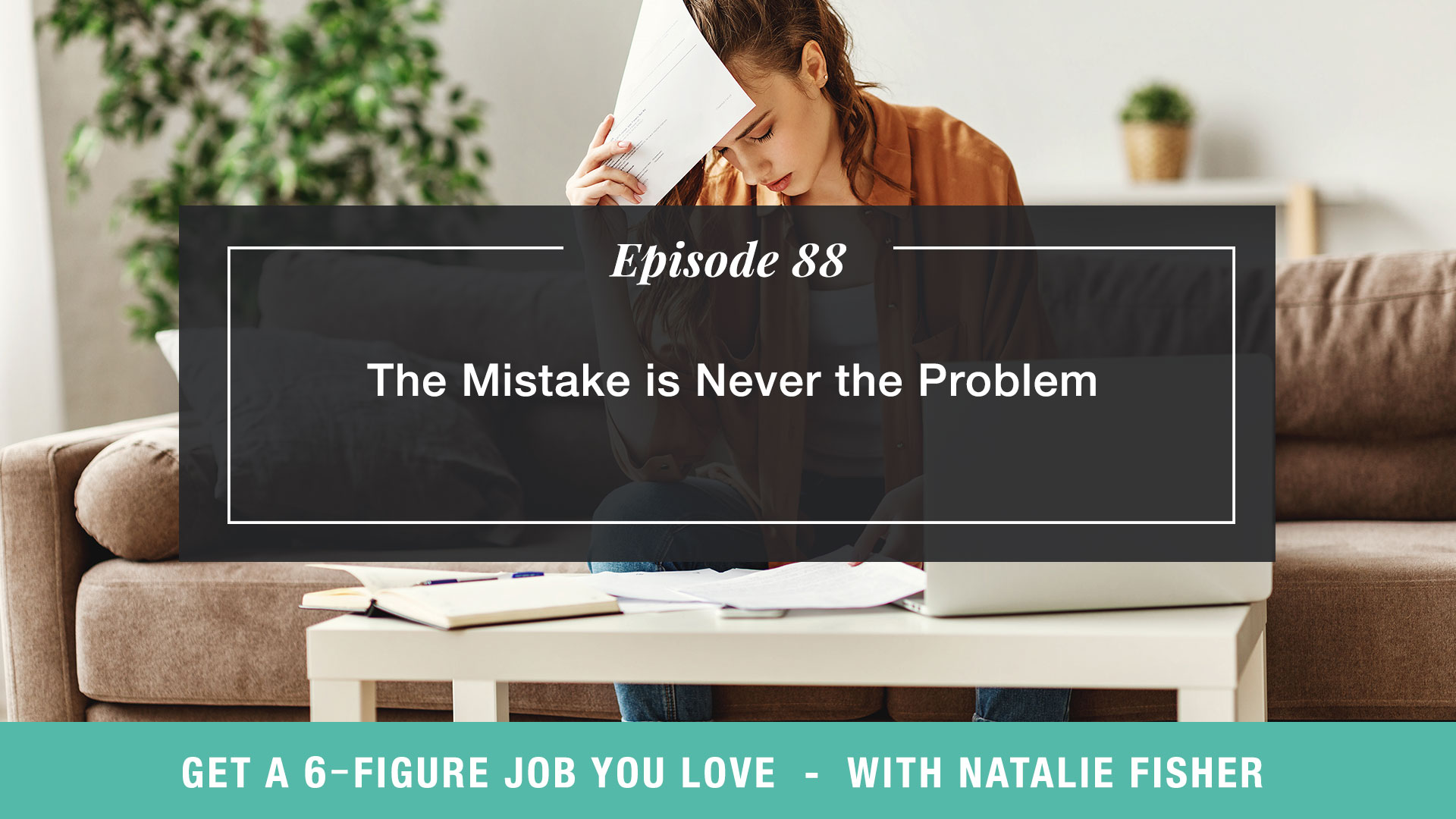 We are taught as children that we should strive to get things “right,” and this leads to us not wanting to make mistakes. Then as adults, we subconsciously use this conditioning to beat ourselves up and speak to ourselves horribly on default when we do something “wrong” or don’t get the specific result we believe we’re supposed to get. We convince ourselves that making a mistake is a problem.

But the mistake is never the problem. When we operate from a place where we are afraid to fail and do something wrong, we prevent ourselves from living a bigger life, going after bigger things, and doing what we really want to do in life.

This week, I’m showing you how to reframe the way you think about making a mistake, and sharing why putting yourself in a position where you could make a mistake could be the best thing you ever do. Discover why the mistake is never the problem and what the real problem actually is, and how to start viewing failure as an opportunity to change and grow.