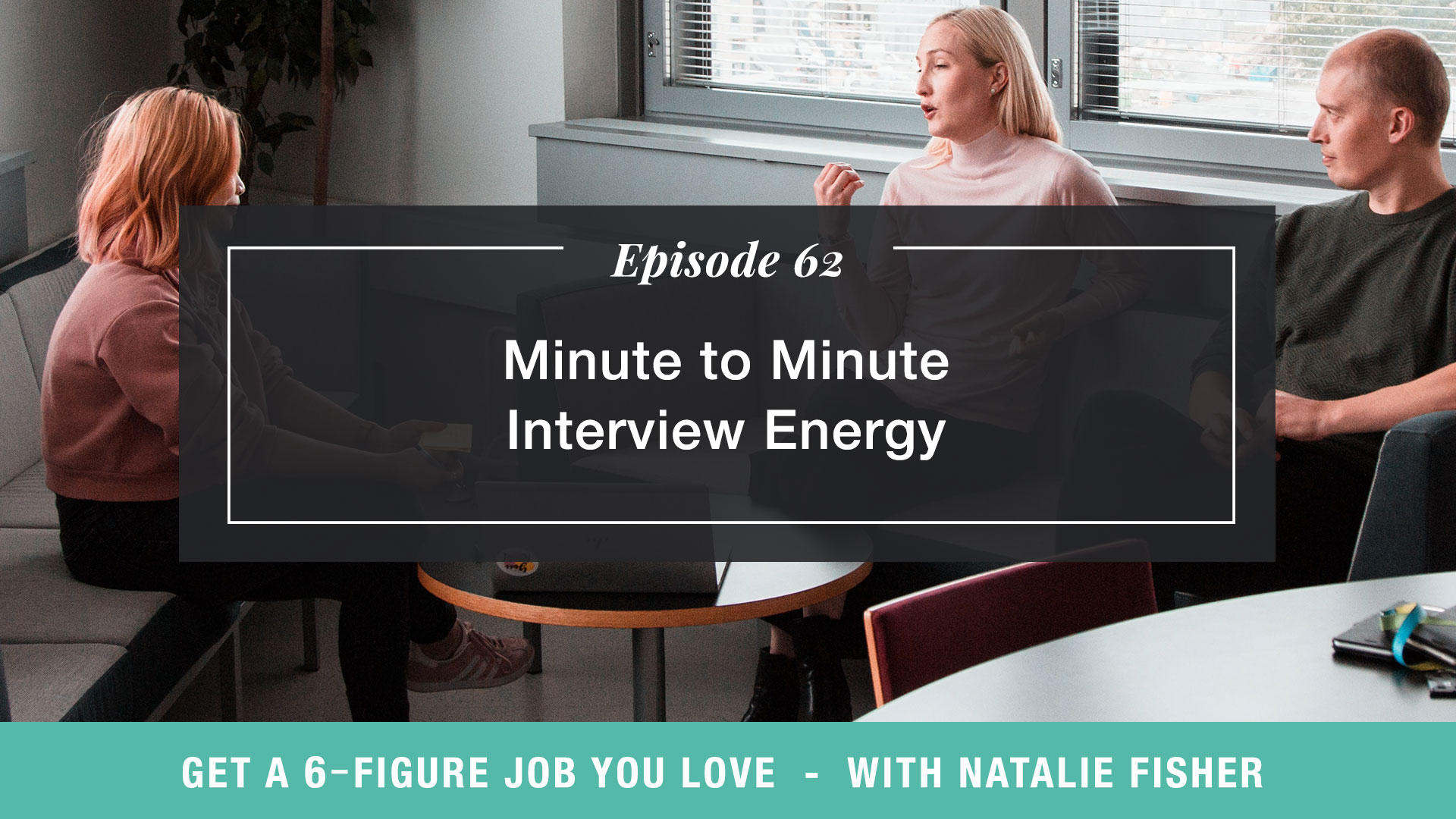 When you’re meeting someone for the first time in an interview, you don’t know what to expect. There are a lot of unknowns – whether it’s questions you don’t know the answer to or didn’t expect, or the interviewer’s response to your answers. But these aren’t the problem. The real problem lies in your handling of these unknowns.

It is easy to spiral when we are faced with uncertainty, and when we get caught up in our heads, we are thrown off and tend to put out panicked, anxious energy in the interview. But noticing these energy shifts is crucial, and you can learn how to anticipate the unknown and be proactive about how you handle these circumstances.

In this episode, I’m showing you how to shift your mindset and start thinking in a different, smarter way to create more confident interview energy. You’re never going to know everything in an interview, so I’m showing you how to stop beating yourself up, get comfortable with what you don’t know, and start reveling in who you are as a person to bring confident energy to the interview.