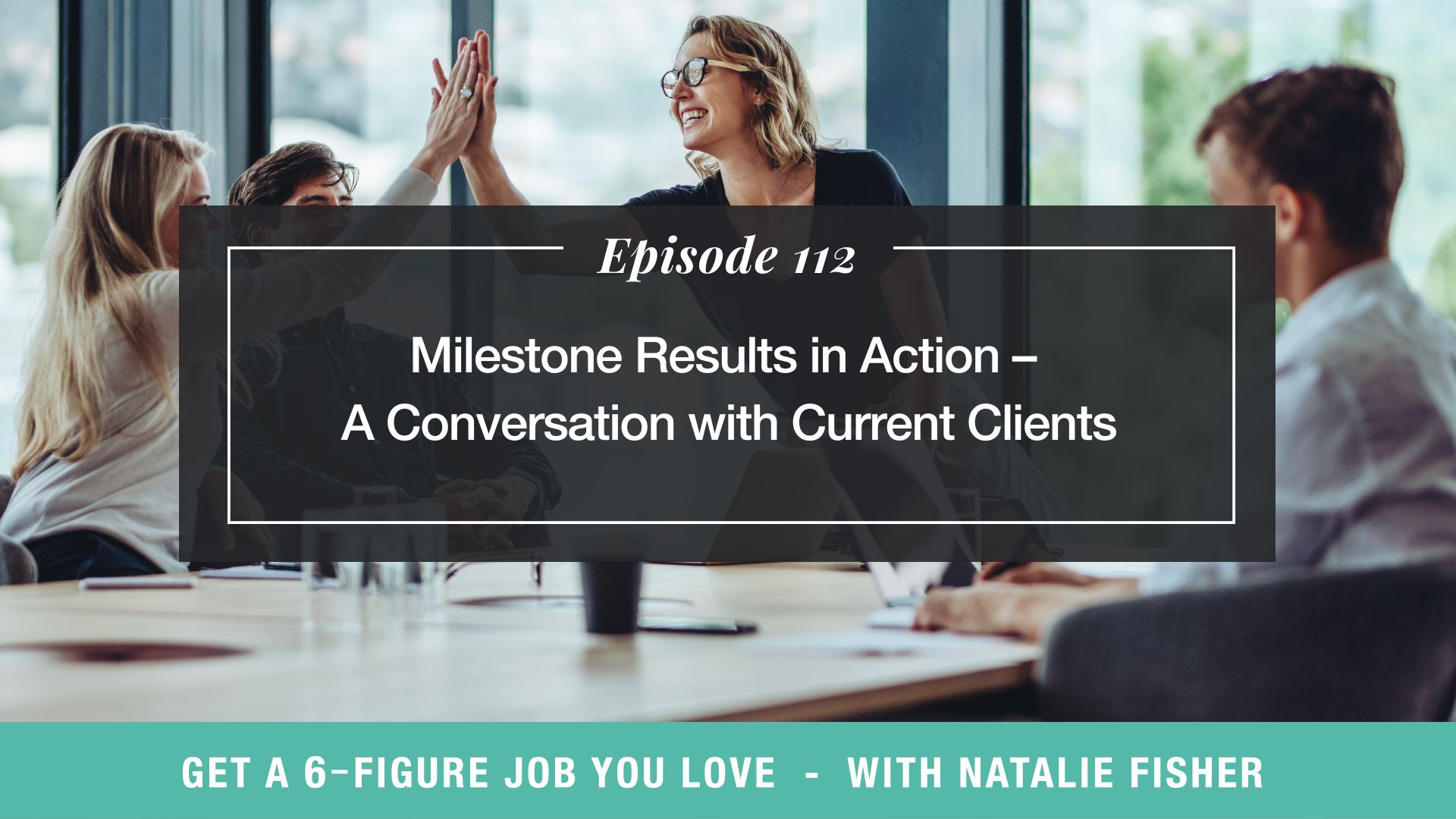 Today, I’m bringing you something a little bit different. We have new people coming into my program, The Six-Figure Curriculum, all the time, so I’ve got two clients on the show who are currently inside my program right now, so you can hear what it’s really like in there, what they have to say, and the progress they’ve made toward milestone results they’re trying to achieve.

If you’ve been a listener here for a while and you love the information but you’re struggling to apply it in pursuit of your goals, this episode is for you. I’m speaking with two current clients who were in the same place, even using the techniques from the podcast in interviews and in pursuit of their premium offer, but they still felt something was missing, and that’s when they decided to join.

Tune in this week to hear from two in-process clients about what their milestone results look like in action. They’re sharing why joining a program like this seemed out of reach when they first became interested, but now they’ve made the investment and started working with me, they don’t have any regrets.

We have a four-day training coming, starting Monday, September 5th,, 2022. I’m teaching you the strategy, mindset, and behavior required to create demand for you as a candidate, whether you’re looking for a new job, switching industries, looking for a raise, or any other change you’re making in your career. Plus there will be an opportunity to be coached by me! Click here to join me.