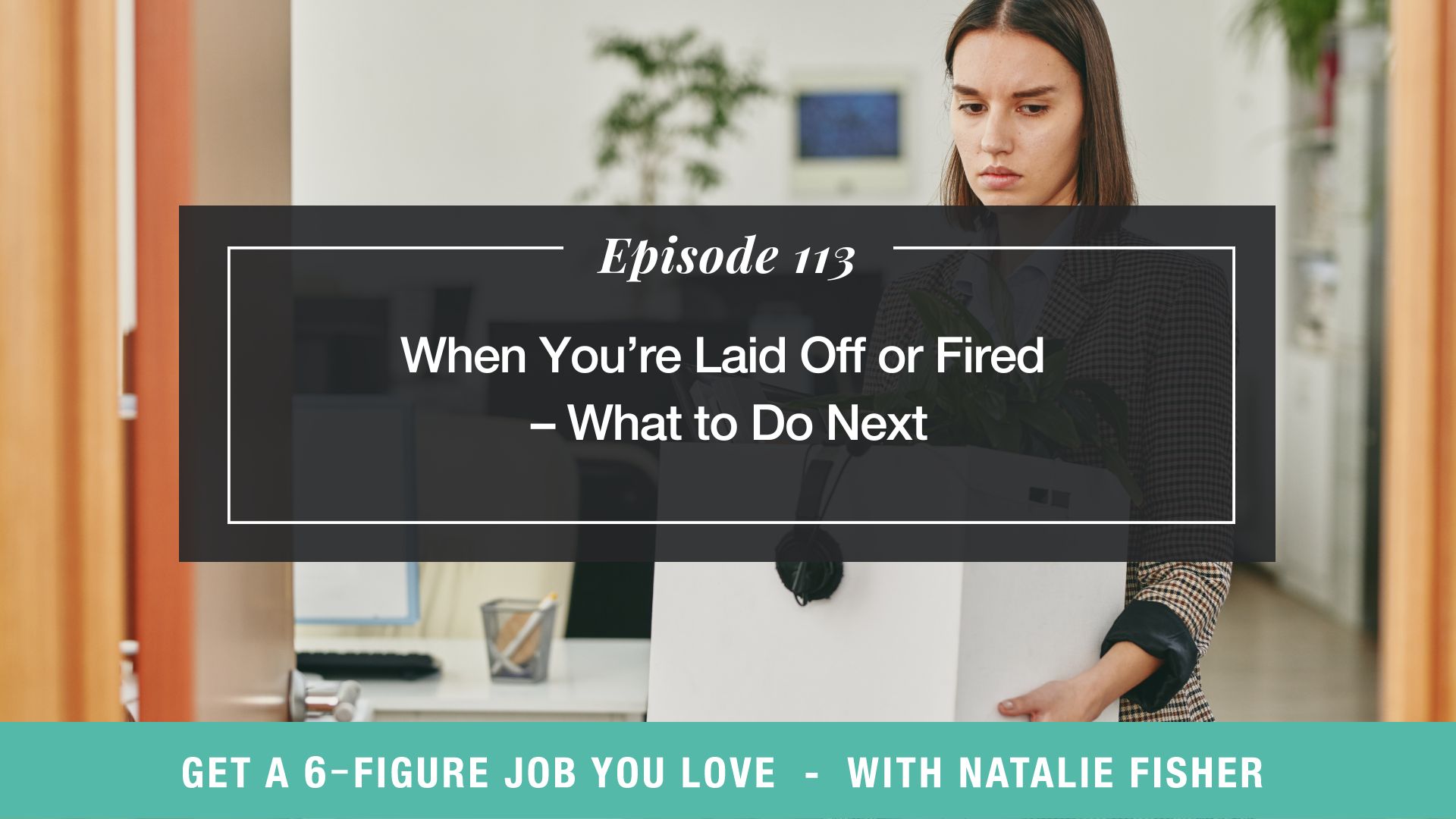 I’ve noticed a lot of layoffs happening lately. Of course, this happens all the time. People get fired every day and I get questions about it all the time. You may not have been laid off or fired yourself, but the lessons in this podcast apply if you’ve been through a breakup of any kind, like a romantic relationship or a friendship ending.

When something ends in our lives and big changes start happening, people either want to go into action right away and try to fix the situation or find a new opportunity, or they choose to sit in their emotions around how unfair it was and that it shouldn’t have happened. Whichever reaction you identify with, I’ve got you covered in today’s episode.

Tune in this week to discover what to do if you get fired or laid off. I’m sharing my experience of being laid off, how I saw people around me reacting in that moment, and what your options are in working through your emotions and deciding on your next move.