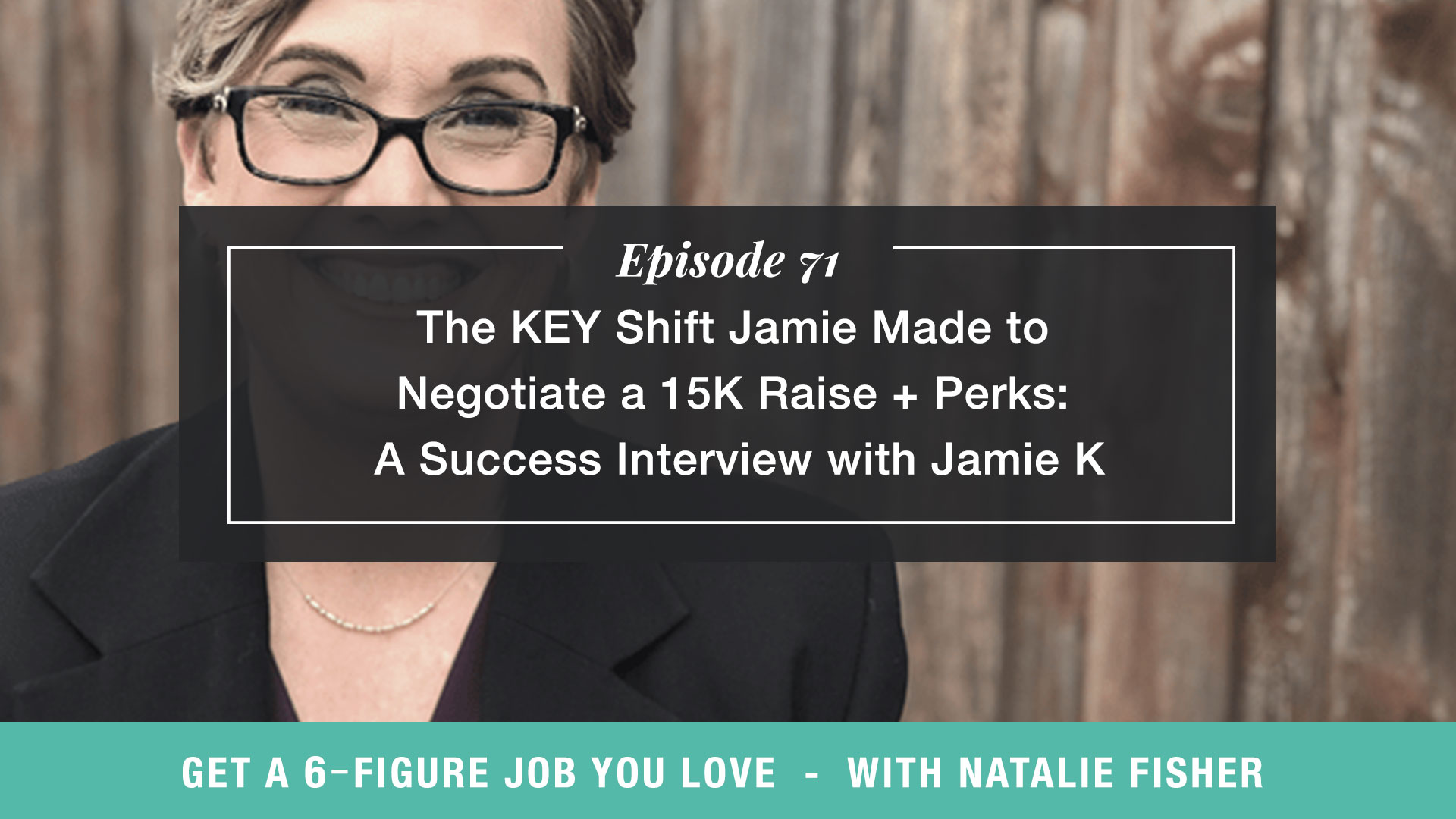 Sometimes hearing someone else’s story is the key to taking the first step with your own. And I know that today’s guest’s story is going to inspire you to believe in yourself and your value and help you land a job that is the perfect fit for you.

Jamie Kernohan signed up to work with me through LinkedIn after finding that she always seemed to be missing out on the final hurdle of the interview. She would go through multiple rounds but was ultimately never selected for the job. After becoming increasingly fed up, she came to me to help her see what she couldn’t see herself.

Tune in this week for this inspiring interview with Jamie Kernohan and hear the key shift she made to negotiate a huge pay rise with additional perks. She now has flexibility, additional income and has become a different person after realizing what she is truly capable of, so she’s sharing her advice for anybody just starting out on this journey. And, she’s sharing how to do the necessary internal rewiring to help you develop the confidence to go after your dream job.