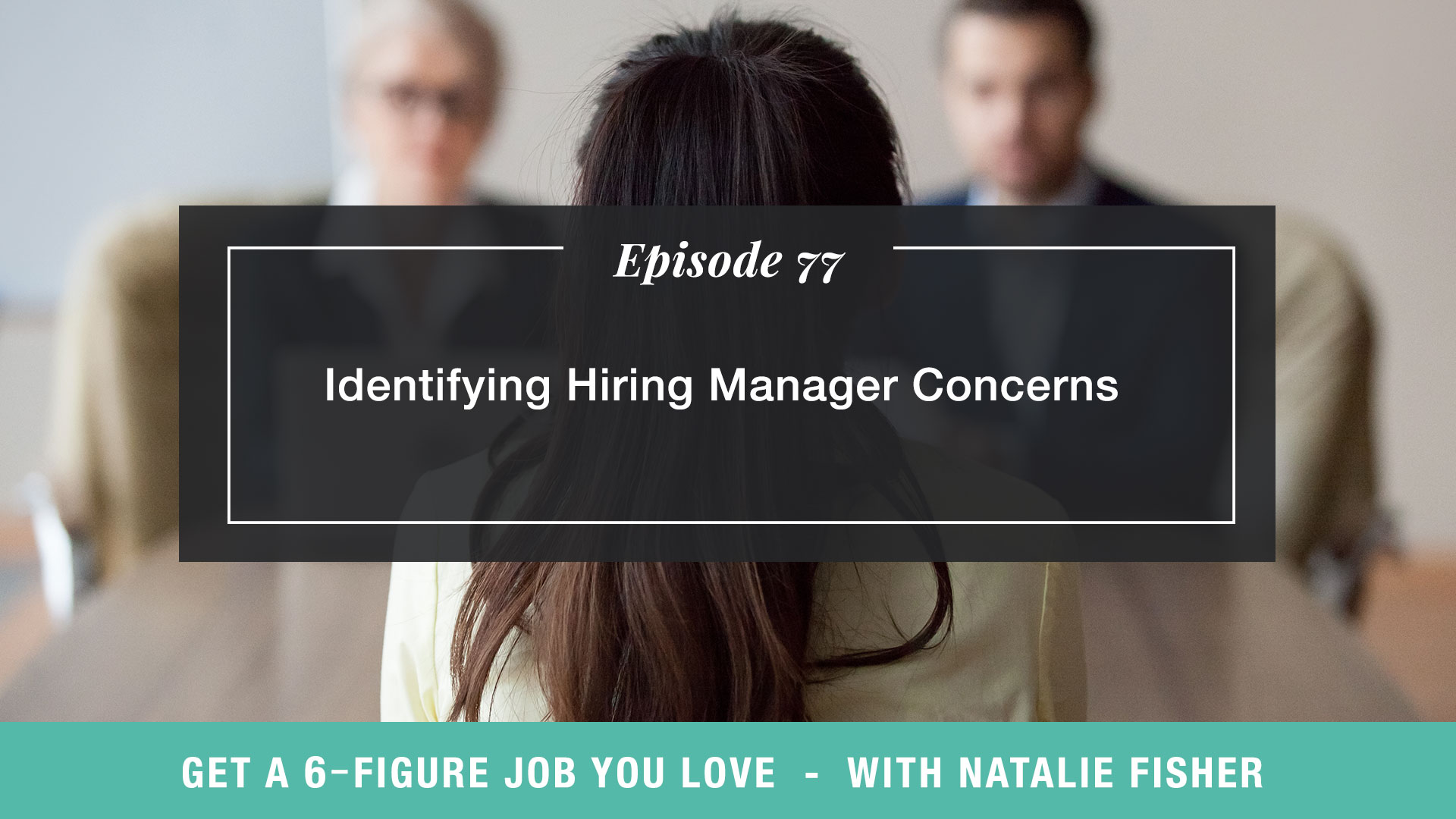 There are many different reasons a candidate won’t get hired, and one of the main reasons is that they don’t identify the hiring manager’s concerns and address them. They aren’t aware of them, so they’re not thinking about them. But learning to address them could be the trick to landing the job.

The interview is a perfect opportunity to connect with the hiring manager because they want to be sure that if they choose you, they’re making the right choice. You don’t want to be passed up for an interview because you didn’t address a concern that would have been easy to address, and you have the power to show them that you are the correct choice.

In this episode, I’m sharing some of the main concerns a hiring manager has when choosing a candidate, and how identifying these can help you increase your chances of getting hired. This is a skill you can use not only in an interview but also in meetings, promotional conversations, and every stage of your career, so I’m showing you how to get a deeper insight into the hiring manager and allow them to get a deeper insight into you.