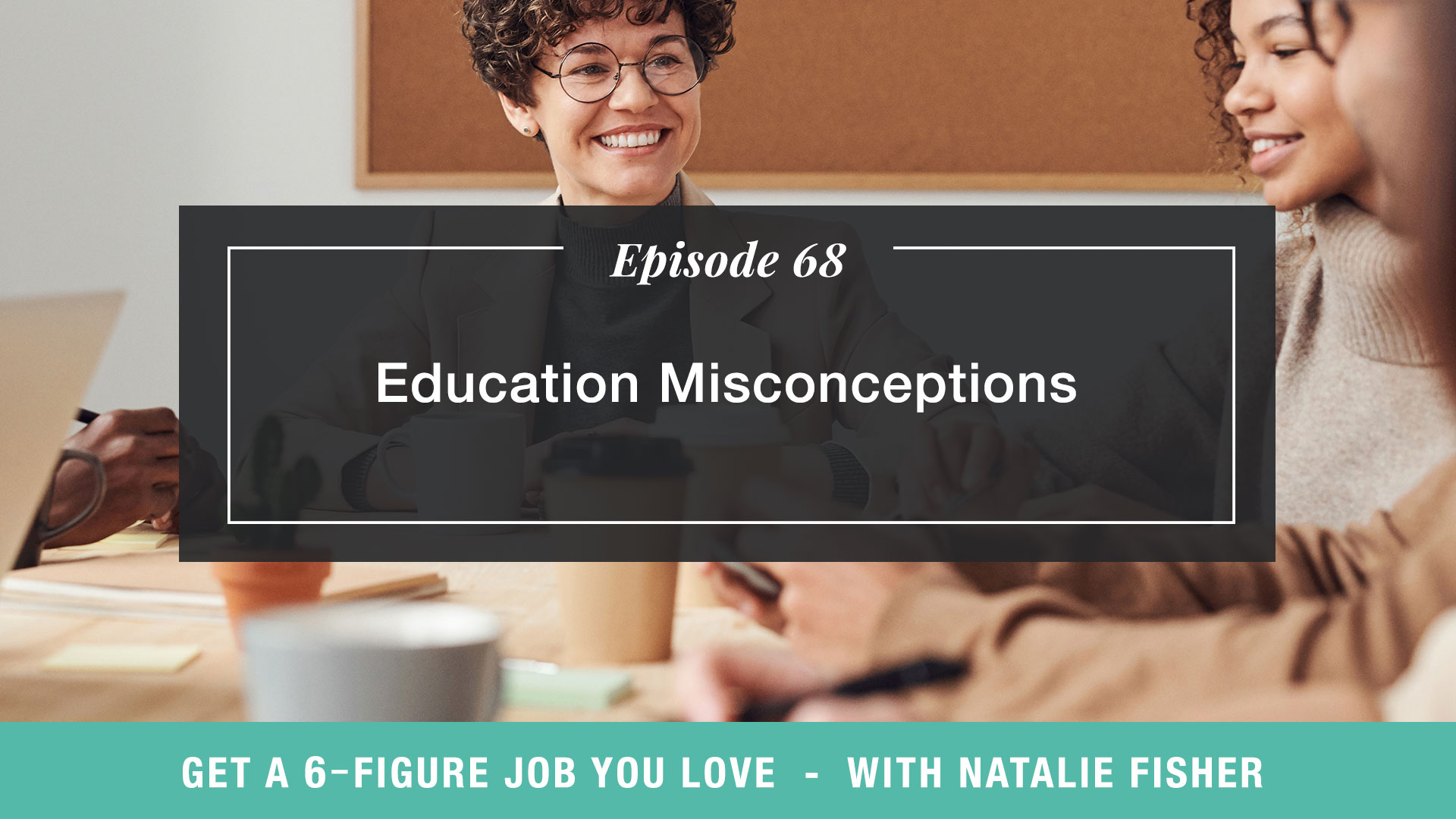 We have been conditioned to believe that having a degree automatically equals a high-paying job and that if we don’t go to college we are limited in our opportunities. But is this really true or is it simply an education misconception? If you’re wondering if you should go to college or get a degree, this episode is for you.

Join me this week as I discuss education and college degrees and why having one doesn’t automatically guarantee you a high-paying job. I’m exploring what we think as a society about degrees, some of the most common education misconceptions I hear, and I’m sharing my suggestions for anybody considering a college degree.