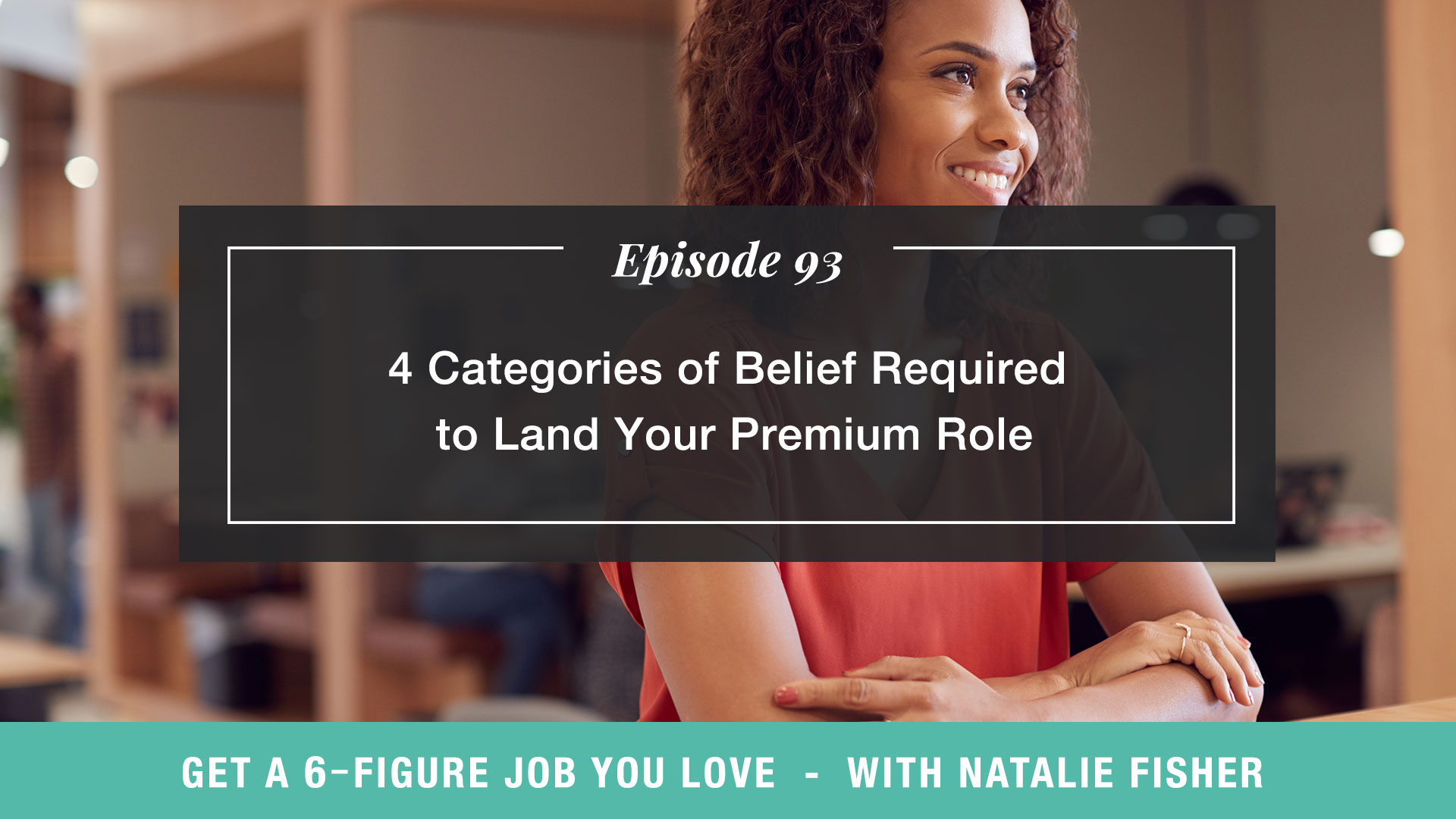 When it comes to landing your premium role doing something you absolutely love doing, what is currently blocking you from making it a reality? If this is a question you’ve asked yourself, I invite you to join me for this exploratory episode all around getting clear on your beliefs.

Tune in this week to discover the four categories of belief required to land your premium role. I’m sharing where so many of my clients get caught up in beliefs that aren’t supporting their growth, and how you can work towards building the level of belief required for landing a six-figure role that you truly love.