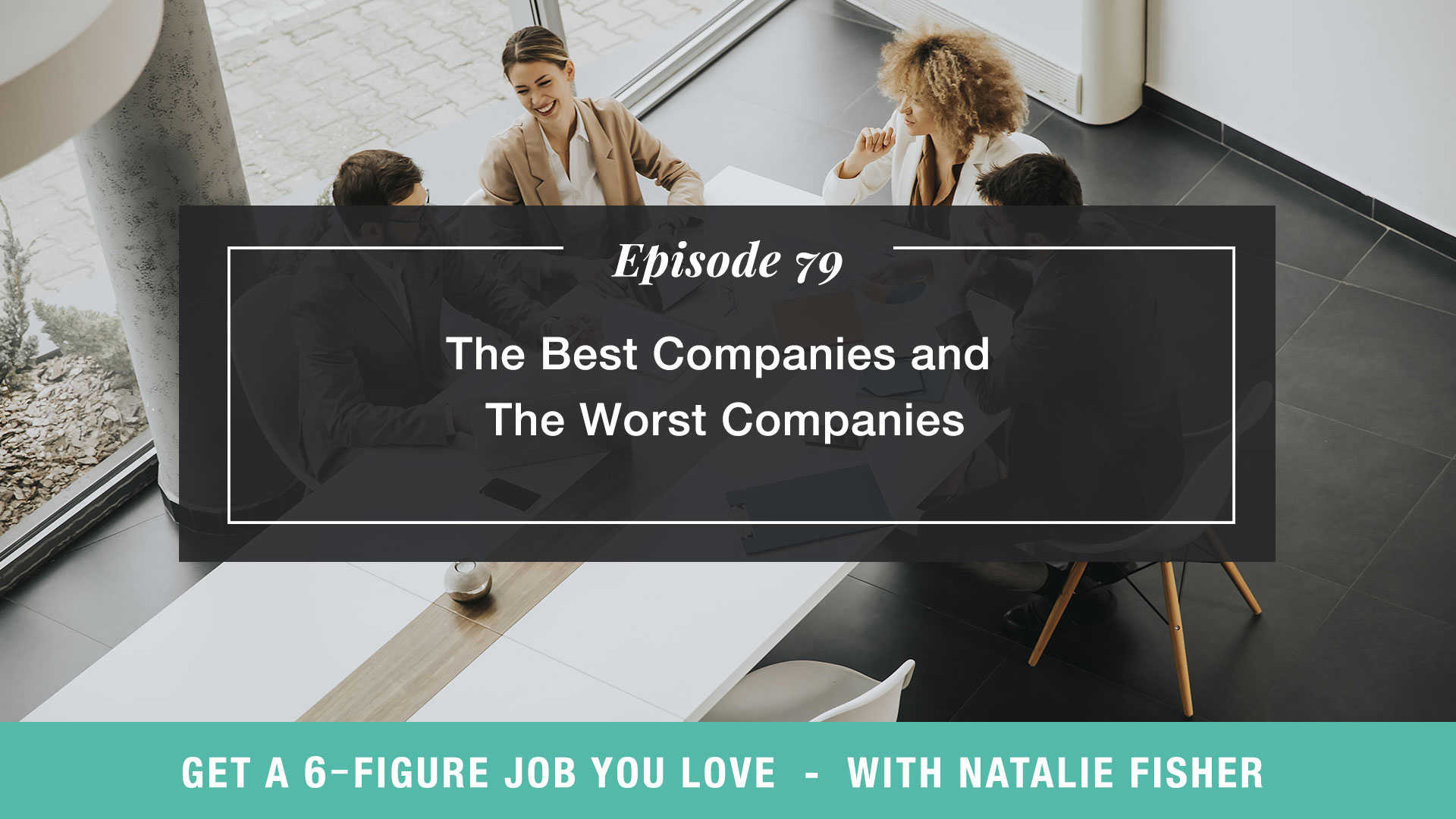 It’s a common belief that most, if not all, companies are the worst. Many people think that it’s just fact; this is how it is and it’s normal to dislike your job or have to constantly fight for what you want at these companies.

There are always going to be the best and worst companies, but focusing on the belief that all companies are the worst will keep you feeling stuck, bitter, and disengaged. The best organizations exist too, and they are the places you could work at if you just allowed them into your awareness.

In this week’s episode, I’m showing you why there will always be the best and worst companies and how to shift your mindset and focus to find the best organizations out there. It is not normal to feel disengaged and under-utilized at work, so I’m sharing some advice to get out of the mindset that your organization is the worst and help you step towards the best.

If you are looking to land your first or next 6-figure role, this is the only investment you’ll ever need to make for your career. My 6-Figure Career Curriculum was designed for you. Learn the exact process I used to go from 60 to $100K in a year and discover how to become the master of job interviewing, get paid what you deserve, increase your earning potential and the impact you make on your industry. Click here now to watch the free workshop where I explain everything we cover in the program and everything you get, or if you’re ready to sign up now click here and make the decision to land your 6-figure role in 2022. I’ll see you over there!